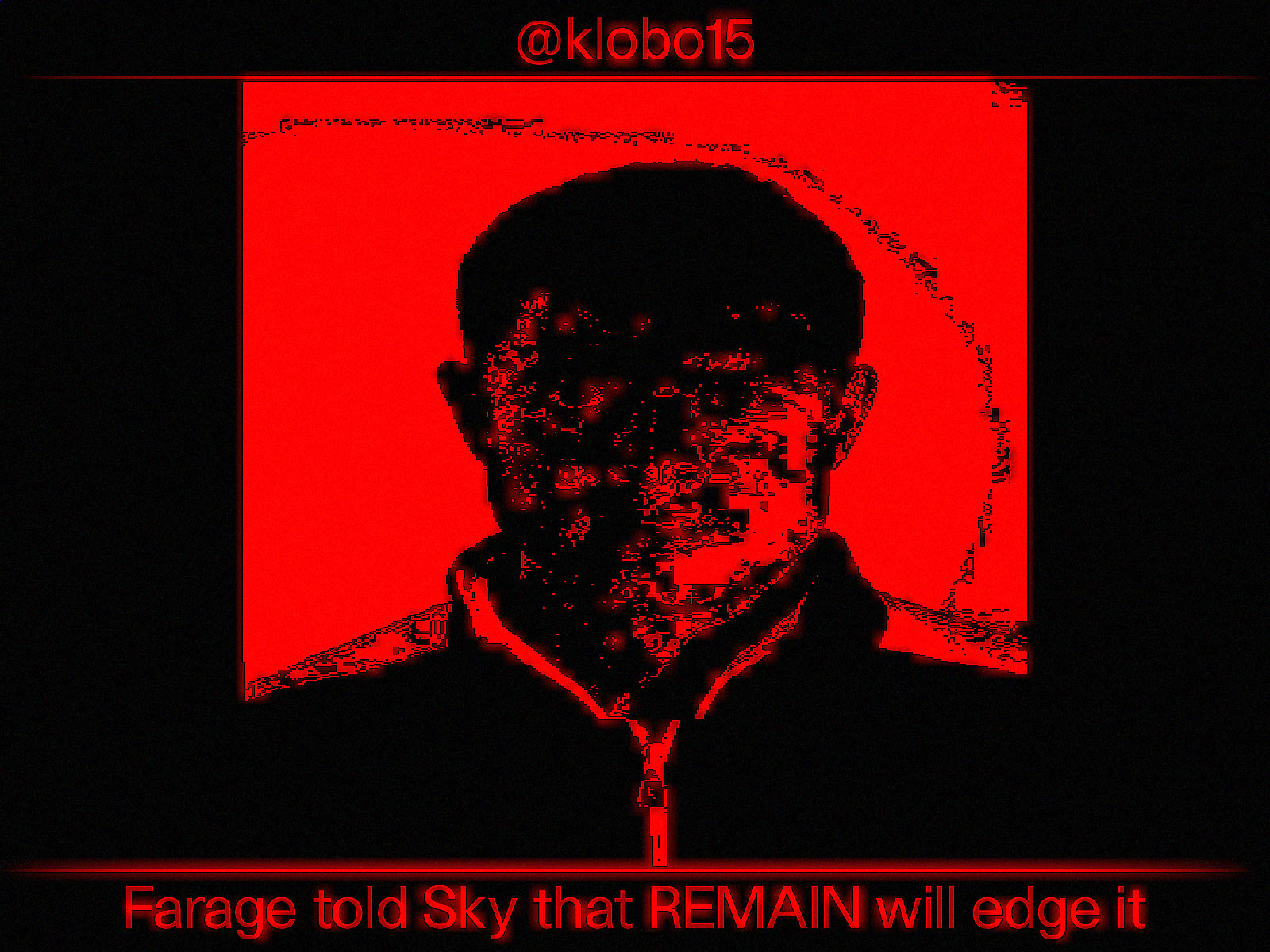 
ECHO FX focusses on and replays the market manipulation committed by Nigel Farage, who famously shorted the Pound on the night of the Brexit Vote, using his platform/echo chamber to concede a defeat he knew unlikely to maximise profits on the subsequent Pound crash – one of the largest in history. As the consequences of Brexit become tangible, details of the events unfolding on that night remain unclear, such as the legality of polling companies’ sale of private polls or whether Farage, a former trader, had any personal interests in inflating the value of the Pound.

As polls closed that night, Nigel Farage conceded a defeat he knew unlikely: Remain will edge it…

The echo of his concession shaped Foreign Exchange markets’ sentiment, immediately contributing to inflating the Pound’s value. Those markets did not foresee the referendum’s outcome and even priced in on a possible Remain win, with the Pound reaching a six month high before any official result announcement, fuelled by Farage’s concession.

As the referendum outcome became apparent later that night, the Foreign Exchange Pound market crashed in disbelief. Yet, a few traders with access to private polls could foresee the outcome and made millions by shorting the Pound.

The piece replays those events using social media and FX market data as means to generate both sound and images, alongside footage of London traders who cashed millions on the night.

The team behind Demystification Committee are also preparing a book (published by Krisis Publishing)  and they would like to collect some critical, radical contributions by theorists/scholars/researchers: we think your commitment to value issues, pseudo-events and more in general politics of representation might result in an important contribution to the book, due to your lucid and radical perspective- they share.