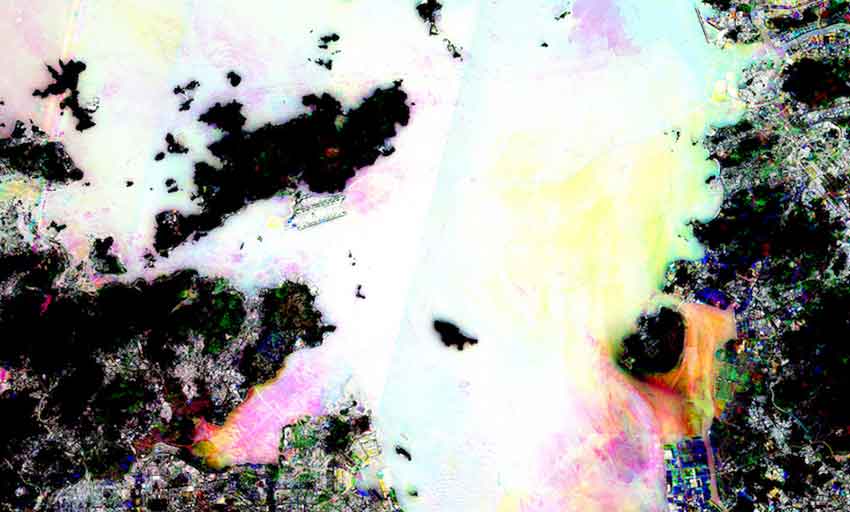 Territorial Agency: Oceans in Transformation synthesises three years of intersectional research, investigating the transformations of the world’s oceans in the Anthropocene. Assessing the latest scientific knowledge about the effects of human-induced interferences on marine and coastal ecosystems, the project reiterates the critical role of the oceans in respect to planetary survival. Oceans in Transformation rearranges the maritime space as a stage for human violence, empire, and colonial history. What emerges is a new figure where environmental and economic processes are deeply intertwined. With the ambition of setting a new agenda for ocean conservation, based on deep care and communal effort, TBA21–Academy and Territorial Agency have brought together thinkers, scientists and practitioners who can agitate the status quo of ocean policies.

In keeping with TBA21–Academy’s commitment to fostering a deeper understanding of the oceans through the lens of art and other cultural practices, Oceans in Transformation articulates new ways of decoding the oceans. Over the duration of the exhibition, Ocean Space will also host a programme of peer-to-peer gatherings and events including interdisciplinary voices as part of its seasonal public programming.

The oceans are changing very fast, yet knowledge of them is moving slowly and is enveloped in long-established forms of cultural separation and distinction between human activities at land and at sea. This division needs to be rethought to address the urgent and vast transformations that the seas are undergoing. –Territorial Agency

Territorial Agency is an independent organisation, founded by the architects Ann-Sofi Rönnskog and John Palmesino, that combines architecture, spatial analysis, advocacy and action to influence change in the inhabited environment. The three-year research project Territorial Agency: Oceans in Transformation, curated by Daniela Zyman, was launched on the open-access digital platform Ocean Archive and between May 20 and July 31, a rich program of initiatives including conversations, lectures, screenings, and performances by artists, scientists, musicians and other practitioners will articulate new knowledge, science, and artistic intersections on and with the oceans in a time of climate and ecological emergency.