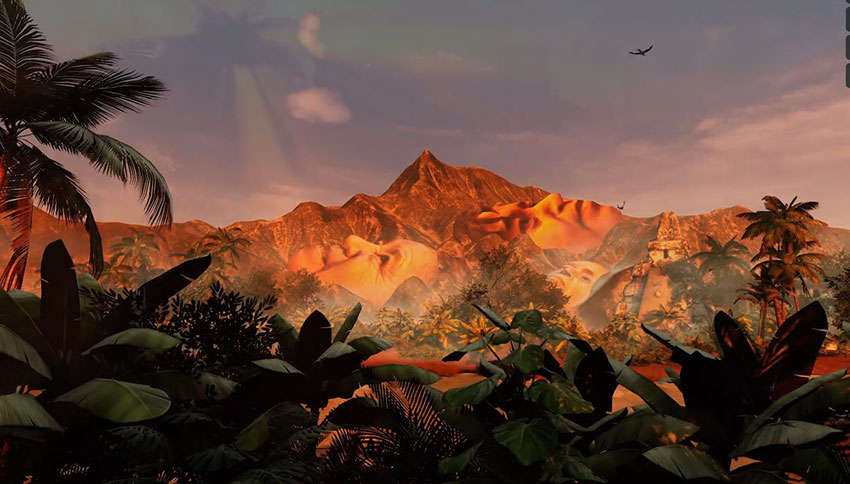 Like many precarious workers in the creative industry, Carla Serrano Pesquera found herself unemployed when COVID-19 hit. Determined to find some balance and opportunity amongst the crisis, she explored independently produced VR artworks, especially those from her native Mexico and elsewhere in Latin America.

The year before, she’d become friends with Manon Opazo while they were both studying MAs in Australia. They paired up, working at a distance (Manon is based in Santiago de Chile), and produced VR Para Llevar, a virtual reality festival whose purpose is to give people something exciting to do while they’re stuck at home, and also to promote artists outside of the big-budget, institutionalised VR ecosystem. Some of these pieces have premiered before, but this is a great opportunity for VR fanatics who aren’t regular attendees of film festivals to experience exciting and innovative work.

VR technology is becoming more accessible, and VR Para Llevar (meaning VR Take Away) is a recent example of futuristic tech and DIY culture coming together. Carla and Manon’s goal is to make virtual reality more relevant to the general public. Google Cardboard “viewers” are available for as little as $15, and there are even tutorials online about how to build your own viewer for even less. In terms of producing this online festival, it helped that Mexico’s Secretary of Culture released grants supporting artists during the pandemic, which has covered the pair’s operational costs.

On the content of the festival’s digital exhibits, Manon says: We initially thought of an entirely Latino program, but while we worked on it we realised that we needed to go wider in order to have a broader program. We always knew we wanted to show different perspectives on dreams, introspection, memories and isolation. Currently, we have a very diverse program with amazing artists from all over the world. Participants can find work in three categories, Narratives, Immersives, and Kids. These categories demonstrate VR’s potential to be a storytelling medium, something playful, and also to provide something that other media can’t: the sense that you are somewhere you’re not.

There are currently eleven pieces available via the festival’s site. Among them are Alfredo Salazar Caro’s Dreams of the Jaguar’s Daughter, a narrative piece that focalises from the point of view of a young, female Mayan immigrant as she journeys north to the USA. This piece is composed from documentation (including 3D scans and drone footage) of immigrants’ journeys from the 2018 Migrant Caravan, starts in the Mayan jungle, travels through central Mexico and eventually reaches the Arizona desert.

The Forest Inhales You is a collaborative project from South Africa by Inka Kendzia, Mr Sakitumi, Jason Stapleton, Noël Labridy and Mark Rautenbach. Manon describes it as an abstract piece that represents a confluence between human and nature, the dissolution of physical borders and a reminder of our interconnection beyond a permanence of form. David Amberg also seeks to collapse the distinction between human and nature in You Are Wherever Your Thoughts Are. According to Carla: It aims to take you away from yourself and blend you into an imaginary world with mountains and lakes. It feels out of this world, but it sets your feet in the ground.

Sgnmoo Lee’s Eyes in the Red Wind is one of the few live-action pieces on the lineup and promises to be an unsettling experience. It tracks a ritualistic boat trip that ends up in tragedy, all the while placing the viewer in the position of an “all-knowing” observer.

Manon believes that this media has a strong power to emotionally touch people and make them empathise with the subject. She continues: Latin America has been deeply affected by COVID and lockdowns have been established for more than three months now, so we really hope VR Para Llevar will create new experiences and bring a new reality to our isolation. 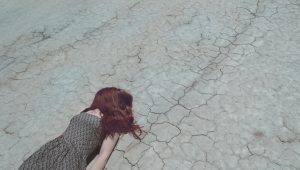