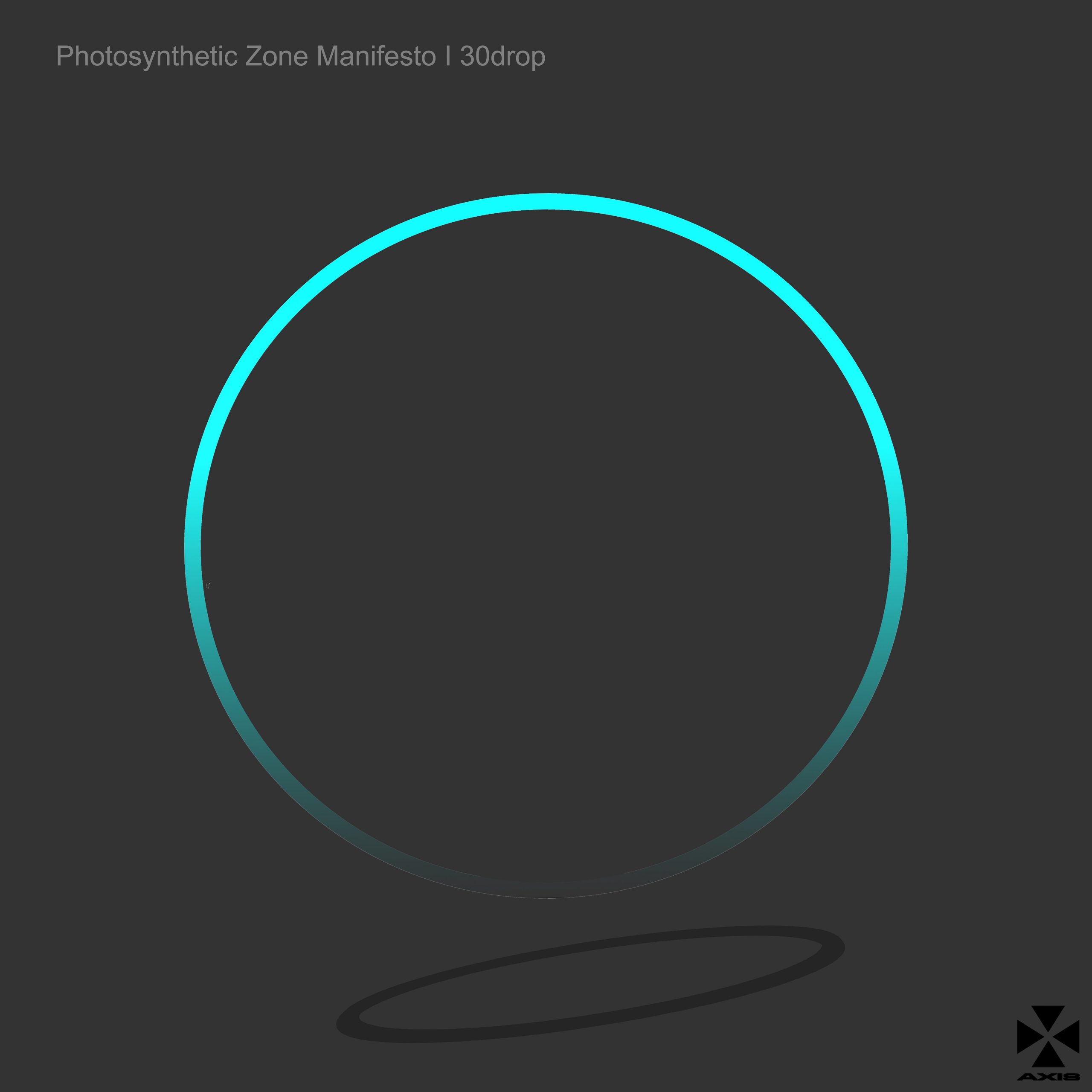 It is widely known the key roles plants play in human cultures across the globe and across and generations; from Greek and Northern European mythology, to pre Colombian America and Asia, plants have posed an intriguing relationship for humans. These intriguing relationships have been portrayed in innumerable accounts in literature and art. Moreover, the relationship has always been two-sided, the good and the bad, the beauty and the sublime.

In the wake of Charles Darwin work on plants at the end of the 19th century, numerous stories of monster plants and other botanical wonders got into the cultural consciousness mixing it with a more scientific mindset. Given their pervasiveness in our histories and imaginaries, it is no surprise that plants are incredibly prominent in science fiction novels, films, TV series, video games and graphic fiction.

This is where the concept of 30drop’s new album in Jeff Mill’s legendary Axis Records kicks off. Photosynthetic Zone Manifesto sees the Spanish electronic music producer investigating and speculating on a hypothetical, and why not possible, the evolution of plant life in other planets, even developing some kind of intelligence. With the cult film Silent Running in mind, 30drop invited Dr Meritxell Rosell to develop the conceptual aspect of the project. Inspired by the astrobiology works of pioneering bioartist Joe Davies, and a degree in Biological Sciences and PhD In Molecular Biology and Biochemistry, it was easy for Rosell to let imagination run free and speculate about unorthodox scenarios.

Silent Running tells the story of a group of cosmonauts and future interplanetary colonists that travel into large spaceships to conquer new worlds. The spaceships are equipped with greenhouses full of terrestrial plant life, ready to be replanted in the newly conquered planets. But what would happen if these plants ended up scattered in an exoplanetary formation? How would they survive, evolve and develop under very different conditions and stress?

Life as we know it is based on carbon and developed under very specific environmental conditions, while largely adapting to its changes through evolution. But if f some plant forms found their way to distant planets, maybe other combinations could be possible and therefore other forms of life also possible too. As in a Space garden that went awry, plant life could become something much more complex, developing into intelligent beings if the necessary conditions and combinations were given to do so.

The album aims to portray hypothetical and alternative molecular combinations in the form of songs. 30drop shared that in terms of music, his idea was to capture an evolution that went from the simplest to the most complex (a node to biological evolution) and capturing the idea of interconnected beings creating a planetary mind. Exposed to different chemical elements, gravitational and environmental conditions, dormant genes and signalling pathways are activated and weirdly combined.

That was reflected in the titles of the album tracks, a prominent part of the project. The words sound familiar but at the same time, they are not. They take up names of known physiological and molecular processes but mount up in bizarre configurations. Small typography errors exemplify in a playful way those mutations experienced under different environmental conditions. Processes combine in strange ways, sometimes acquiring almost human or sentient capabilities.


Ursula K Le Guin wrote that we all have forests in our minds. Forests unexplored, unending. Each of us gets lost in the forest, every night, alone. Almost like a state of mind, this album unfolds in uncanny ways, sonically and metaphysically. Similarly to Le Guin’s forests, while getting lost in our cosmological consciousness, one cannot help do but wonder whether this is real or just a mirage in a dream, a sinuous reminder of Tarkovsky’s oniric imaginations.

Website https://www.axisrecords.com/product/30drop-photosynthetic-zone-manifesto/
(Picture courtesy of the artist and Axis Records)