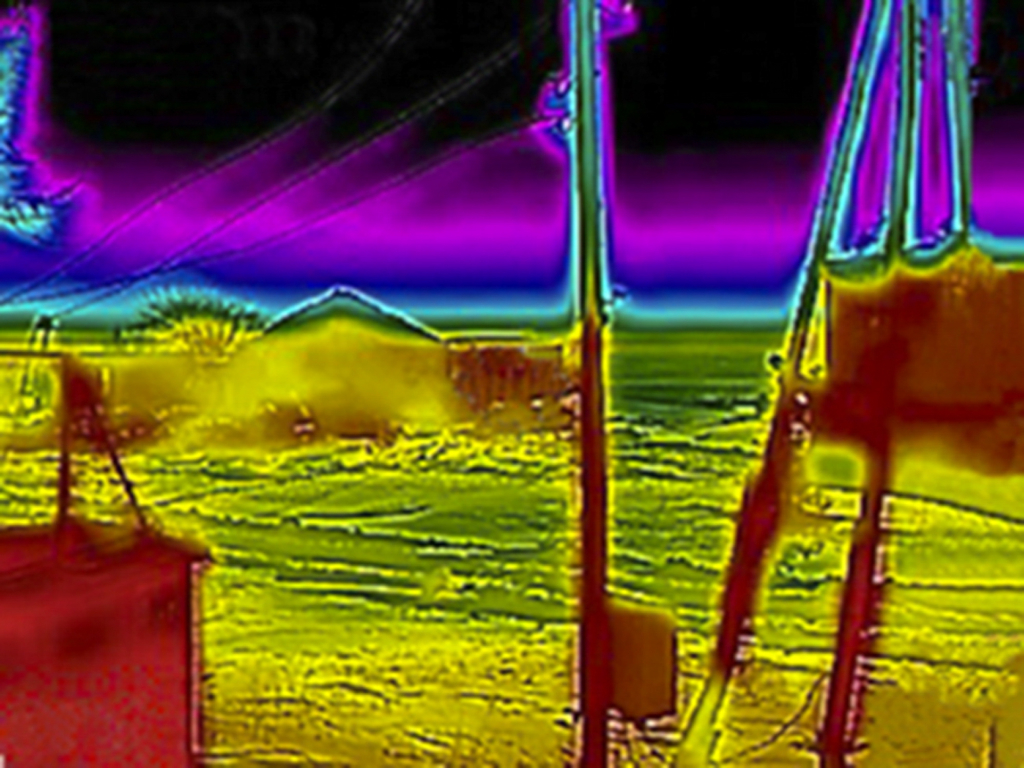 In 2018, the artist Sasha R. Gregor set off on the world’s longest railway route aboard the “Rossiya” train. This vast journey along the Trans-Siberian got him confronted with a striking landscape contrast: the alternation of the works of human development and the force of nature. The ride made emerge more and more a paradox that resides in our consciousness since the Industrial Revolution: progress and its twofold facets.

This is particularly evident when referring to climate change. The fascination with evolution felt almost as an innate need meets the adverse consequences for the environment, and Siberia – where the reduction in the size of permafrost is reaching alarming levels – is a focal space for experiencing such repercussions.

Under these circumstances, the project ThermoSibirsk came to life. “There are basically two essential triggers in the discourse of this work. On the one hand, the idea of ​​documenting such a mythical and celebrated journey but with a different perspective than a photographic representation. On the other hand, there is the reflection on the serious problem of climate change in a region of the planet that sees its balance seriously threatened by the effect of global warming and the consequent melting of the permafrost layer”, explains Gregor.

ThermoSibirsk is a series that aims to show how the issue of global warming leads to constantly interface with the dual state of survival and destruction. It brings to light manifestations of energies dwelling in the Siberian territories through thermal photography by investigating them as forms of knowledge. The associations with the two opposite notions coexisting in our present times become visually impactful so that technological advancement reveals its counterpart in massive environmental alteration.

When asked about the pernicious global scenario underpinning his work, the artist points out that […] The combination of capitalism and technology that currently dominates on the horizon of the Anthropocene Era has, as a consequence, the transformation of the world into an increasingly intriguing and sophisticated place, although no less exciting. The established globalization allows cultural, commercial, economic or financial exchange. But the fact that the world is highly interrelated in some aspects of the human is not synonymous with a better understanding of it. As a result of all this, we live under the threat of a paradox of globalization and progress that has given rise to serious threats such as climate emergency, pandemics, social inequalities, etc.

From a technical point of view, the artist was equipped with a thermographic camera that, while capturing the surroundings, converted the temperature into images. The idea is to unfold both an interpretation and objective recording of the context, experimenting with the potentiality of the photographic medium itself. The result is a series where the infrared radiations emitted in the form of heat take shape in a strong visual effect characterized by vivid colour gradients.

What comes to the surface are ambiguous silhouettes, almost iridescent shadows populating suspended space and time. Illusory pixelated ghostly entities that find their raison d’être in the energy they emanate and which – in an almost disturbing way – serve both as ethereal heralds from an uncanny dream and as empirical information scientifically based.

Here are Gregor’s words about the double achievement of his work: As a consequence of the translation of the thermal gradient into a chromatic gradient, ThermoSibirsk reveals cryptic landscapes that are highly aesthetic at the same time. On the one hand, I was interested in the contradiction of representing the Siberian winter landscape – practically monochrome to human vision – with images full of this ‘artificial’ colour generated by the thermographic camera. At another level, the series raises the problem of global warming that, although it may not be perceptible on a human scale, it is on a global ecological scale.

Through his multidisciplinary background and approach, Gregor creates a project of aesthetic sensitivity and social/political commitment at the same time. The languages of art and science establish a mutual exchange, and specifically, photography, optics and philosophy draw interdependence between domains where one feeds the other through dialogue and integration.

The steps towards consolidating a common and more effective engagement in worrying climate patterns – together with understanding their underlying mechanisms-are still clumsy and apparently not sufficient for a neat switch in our visions. And as the artist emphasises […] global awareness about climate change is increasing. Another issue is action – individual or collective – towards changes in practices and customs that help to mitigate the problem. Surely in this aspect, we go slower. In any case, both awareness and change of habits are not enough without a government’s radical commitment.

However, it seems to be no wrong in saying that the emotional potential of art can contribute to encouraging a call into action moving in the direction of greater improvements. Therefore, divulging critical topics with the most efficient communication tone to sensitise the population is a fundamental effort to undertake. 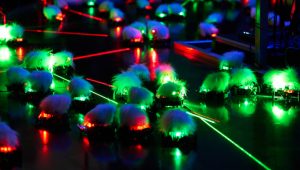 ‘Art Laboratory Berlin’s “Swarms, Robots and Postnature” and the Power of the Masses’ by Lyndsey Walsh