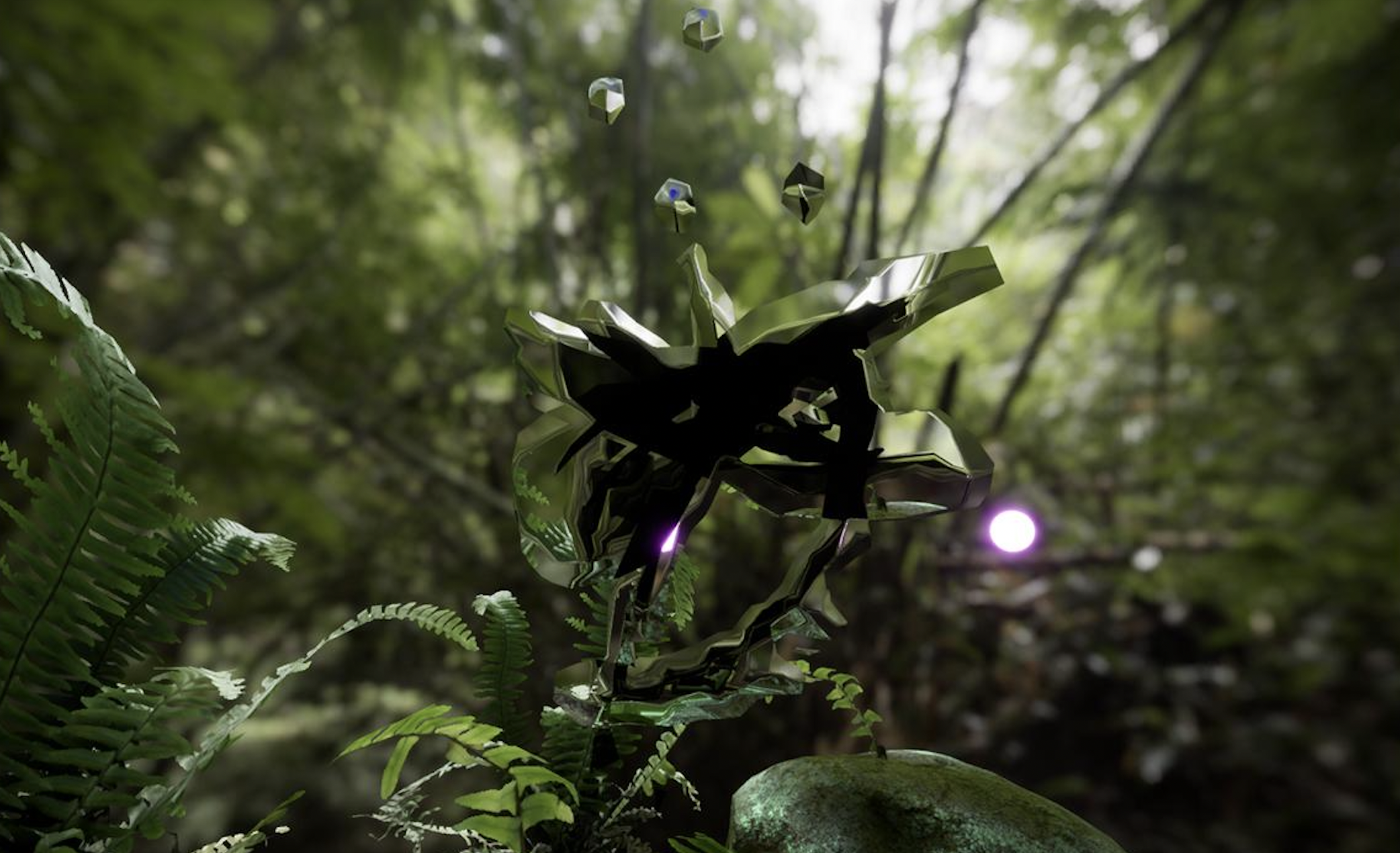 Pioneering environmental artist Agnes Denes is back with a new major installation, forty years after her seminal work Wheatfield – A Confrontation (1982), when she first sowed the seeds that transformed the land that became New York’s Battery Park City into a two-acre wheat field.

Presented by CIRCA, another Confrontation will be transforming London’s Piccadilly Lights, NYC Times Square and other major screens around the world into platforms for change at 22:22 hrs nightly throughout May. Featuring three new video works alongside a specially created interactive AR Wheatfield filter accessible via Instagram Stories, Denes confronts a new generation to the planet’s continuing humanitarian and environmental challenges.

But this is not the only current art exhibition on a large scale addressing environmental issues and our relationship with the planet Earth and its living inhabitants, in the post-contemporary world. A quick look around major art institutions, and we can find several exhibitions proposing what it feels is a return to Gaia, a return to care for a planet that bleeds and sometimes fights us back while attempting to bring the discourse into a post-contemporary, post-new media context.

But what is Gaia to start with? In the early 70s, chemist James Lovelock formulated the theory of Gaia, co-developed with microbiologist Lynn Margulis. Named after the primordial goddess who personified the Earth in Greek mythology, the theory posits that the Earth is a self-regulating complex system involving the biosphere, the atmosphere, the hydrospheres and the pedosphere, tightly coupled as an evolving system. These different components, interact and impact each through a cybernetic feedback system operated unconsciously by the biota, that stabilises the environment conditions in full homeostasis. The hypothesis proposed that this system as a whole, Gaia, seeks a physical and chemical environment optimal for contemporary life.

The theory was (and still is) largely criticised by the scientific community, especially by neo-Darwinists and was also accused of being neo-pagan or theological. Gaia came about along with the birth of environmental movements in the 70s (the first Earth Day was celebrated in 1970 in the US) and the eastern-influenced spiritual movements that popped around in western societies from the mid-60s (everyone remembers the Beatle’s famous controversial trip to India). Beyond the scientific, maybe more importantly, the Gaia hypothesis, in a way provided a new metaphysical context for Western societies in a more formal (scientific). The Gaia hypothesis meant that humans were tightly related to the environment they were living and their actions had an impact on this system, something that, if we had been listening, indigenous communities have known and practised since ancient times. We weren’t anymore the dominators of the earth but its offspring, and that gave us a sense of responsibility to take care of it.

Fifty years fast forward, and it seems that Gaia has been fighting us back. Environmental issues appear to be at an inflexion point of -what some scientists say- never coming back with pandemics and natural disasters occurring more and more frequently, and accelerating global warming. We may feel frustrated and left by this Gaia that was supposed to be part of us, or we may feel we still need to fight for it… Even though art may not provide us with direct solutions, maybe it can show us a reconciling gaze toward our planet, back to Gaia’s embrace, not only for us but all living species.

Our time on earth at the Barbican London

Our Time on Earth is an exhibition at the Barbican, London, celebrating the power of global creativity to transform the conversation around the climate emergency. A journey through immersive, interactive installations and digital works, the exhibition invites visitors to experience a range of perspectives of our shared planet, exploring Earth as a community to which we all belong – humans as just one species among millions.

Through reigniting respect for our beautiful and complex biosphere, the exhibition explores different ways of existing on earth and finding ways to reconnect with them, while also looking at the role technology has to play in deepening our understanding and connection to the natural world. Our Time on Earth encourages visitors to take an active role and leave feeling empowered to make positive change, presents 18 works, including 12 new commissions, from 12 countries around the world to create a series of innovative new collaborations. Bringing together academics, architects, artists, activists, designers, ecologists, engineers, environmental campaigners, researchers, scientists, technologists and writers, the exhibition highlights the need to work together across disciplines to tackle climate change together.

BioMedia, The Age of Media with Life-like Behavior at ZKM Karlsruhe

»BioMedia« is an exhibition at ZKM that provides insights into possible modes of cohabitation with artificial life forms and investigates the future of our entanglements with technological assemblages. The existence of organic life and artificial agents are not mutually exclusive. Instead, »BioMedia« proposes to imagine our relationship with artificial agents in multiple strands of interdependency. New methodologies and ideologies need to be investigated to answer the question of how we can enhance and sustain life in an alliance of human and more-than-human technological entities against the backdrop of the profound ecological crisis, mass extinction, and human-made climate catastrophe.

Utilizing a biophilic approach which embraces the diversity of life on the planet, this exhibition proposes to include not only carbon-based life but also inorganic life forms in the network of the natural ecosystem and social relationships, thus questioning taxonomies developed in the natural sciences and the siloing of different branches of sciences and arts. Artificial agents might also take on the roles of guides, regulators, cocreators, companions, and caregivers in these communities. At a time when there is an existential threat to our living planet, seeking new concepts and definitions of life has become more than just a philosophical undertaking; it has become a responsibility to life itself.

Reclaim the Earth is a wake-up call, as much as a rallying cry. The origins of this collective exhibition can be found in an observation by its scientific advisor, Ariel Salleh: Bringing ecology, feminism, socialism and Indigenous politics together means giving up the Eurocentric lens for a genuinely global one. In its determination to think the world beyond the Nature-Culture divide, the exhibition follows the trajectories of artists with a different approach to elements – earth, air, fire, water, plants and minerals, irreducible to their mere materiality. They are both medium and tool – cultural, historic and political vectors being revitalised in a context of ecological emergency.

Fourteen artists, from different generations and cultural origins, examine links between body and land, our primordial human relation to soil and everything it nurtures, the disappearance of certain species, the transmission of Indigenous stories and knowledge, gleaning and collecting, or social justice and collective healing. We are indeed part of the great “soil community” as spoken by Rachel Carson, who gave birth to the ecology movement. We need to replace relations of domination and subordination and consider instead kinship and alliances, as the Earth is neither a natural reserve nor an agricultural resource, it is a skein of relationships between minerals, plants, animals and humans.

Back to Eart at Serpentine Galleries London

Back to Earth is Serpentine’s long-term, interdisciplinary, artistic programme responding to the urgent climate crisis. The programme will feature an exhibition staged at Serpentine North from 22 June – 18 September 2022, also including an extensive live programme with activations during the exhibition and for the next two years. The programme aims to evoke responses to the climate emergency and spotlighting a multitude of durational perspectives from across the globe while reflecting how we can learn from diverse experiences to create change.

Brian Eno is creating a new sound and light installation emerging from his research into generative compositions. Artist Tabita Rezaire/Amakaba and architect Yussef Agbo-Ola/Olaniyi Studio will present an installation exploring our relationship to medicinal plants. Research-based design studio Formafantasma will present a manifesto for exhibition-making that minimises carbon emissions, alongside many other artists’ designed posters.

A unique smell score by artist and researcher Sissel Tolaas will evolve through the space and over the course of the exhibition, drawing on the emotional power of our sense of smell to address the need for change in response to the climate emergency. Expanding beyond the exhibition space, the gallery shop will be transformed through a collaboration between design and experiential futures company Superflux and designer Ghazaal Vojdani, presenting a shop for the future.

Back to Earth is an ongoing project. Find more info here

Gaia.: Gene, algorithm, intelligent design, automata is an exhibition which intends to present something about technology and the situation of life in the future, a conversation with the past and classic myth, to reveal a new world after the paradigm shift. The Other Realm, Gaia, would no longer just quote from the old but rather begin with the redefinition. “Gaia” as a conceptual entity composed of the technology of genes, algorithms, intelligent design and automata projects that “Technology” is now the new Maternal body of Genesis.

The exhibition is also an attempt to invite the audience to gaze and think about the contemporary world with the specific version of Francis Bacon’s “Brave New World.”

In this complex system of the technology of genes, algorithms, intelligent design, and automata, the artists are the new myth interpreters Science and technology have transformed the classical definition and image of our understanding of life, meanwhile, the progress of science and technology continually construct “the other realm,” a Utopia driven and transformed by our imagination of the future and the invention of new technology.to provide an insight into “a mirage self” and “the other realm.

(Images courtesy of the institutions and artists)