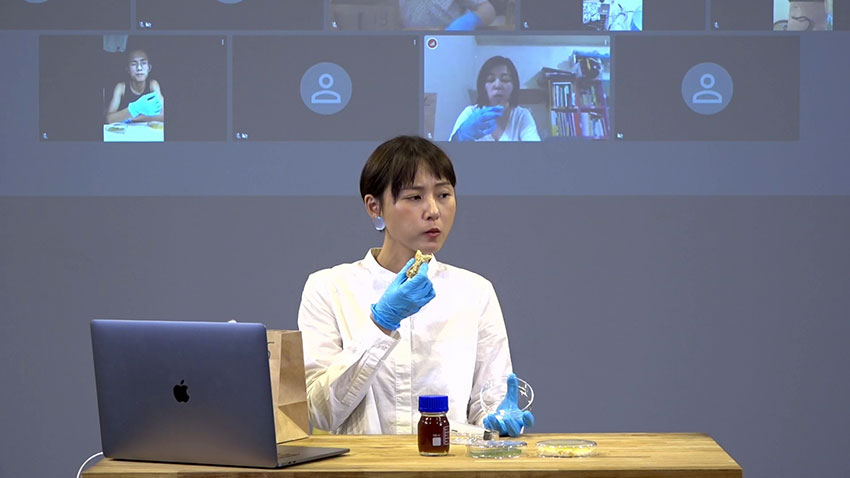 The coronavirus pandemic has led to a radical global shift in the ways in which humans articulate their relationship with viruses. While the impact of the pandemic has varied in different parts around the world, it is clear that COVID-19 has forever changed the people’s perception of viruses.  It has also become even more clear that the cultural notions about viruses based on the yearly threats of the cold and flu viruses have become an inadequate model.

The microbial world is as vast and mysterious as our planet’s oceans, and our vision of these viral biological components and microorganisms has neglected the full capacity of the complex role that they play in the planet’s living systems.  As globalization has promoted global mobility, trade, and travel, it has also allowed for more opportunities for viruses to spread on a global scale.

Virophilia aims to challenge the negative connotations about humanity’s relationship with viruses. This project stems from a question asked by Artist Pei-Ying Lin in response to the scientific and historical understanding of viruses. At the base of this question is an acknowledgement that viruses are dependent on other organisms for the replication of their DNA. In science, viruses biological structures are not even classified as a ‘living’ organism. Their dependence on the bodies and cells of other living entities forces them to live as parasites. While viruses are notorious for their negative effects on our bodies, they are also studied for potential applications in biotechnology as well as for the beneficial services they perform in the process of evolution that ensure the long-term survival of a species.

Virophilia sets out to change these cultural perceptions through a series of different media applications. The Virophilia cookbook speculates on a future relationship that the 22nd Century human can have with viruses through the incorporation of viruses into different culinary applications. Virophilia’s installation displays the findings of Lin’s research and is accompanied by video documentation of a model’s performance interacting with various culinary dishes from the Virophilia cookbook. The final component of the project is the live performances that allow the audience to consume these viral delectables while listening to the stories the artist has collected about the viruses.

Virophilia is not Lin’s first investigation into this fascinating nexus between human and virus. Her works “Tame is to Tame” and “Smallpox Syndrome” also set out to explore the character and cultural connotations of viruses. “Tame is to Tame” speculates on the journey of the artist and her collaborating scientist on becoming the world’s first virus-tamers while simultaneously exploring the juxtapositions between eastern vs. western, professional vs. ignorant, and art vs. scientific narratives. “Smallpox Syndrome” speculates on a future application of the Vaccinia virus, which is injected live into the bloodstream when administered as the smallpox vaccine. In this possible vision of the future, synthetic biologists modify this living virus to create desired patterns onto the subject’s skin, which leads to the formation of the cosmetic company VaccineBeauty.

Most recently, Virophilia was performed in Taiwan at the C-Lab as part of the online project “Fictional Life: Hybridity Transgenetics Innovation”. However, rather than having the participants join the performance in person, Virophilia was adapted as a take-home delivery service that brought the viral dishes to the homes of the registered attendees. The attendees then joined in on a Jitsi meeting to share their meal with each other while a performer sat in the gallery space to enjoy her own specially prepared meal. The artist Lin also joined in on the Jitsi call to narrate the stories behind the dishes and facilitate the experience.

These stories tell the compelling narrative behind the creation of these futuristic dishes entangled with viruses. This narrative begins with Lin unveiling the name of a mysterious futuristic organization called the Government of Earthlings, which in the year 2210 has travelled back in time to collaborate with Lin to increase the process of human psychological evolution. The 2210 Government of Earthlings has reached back in time to save vulnerable species of viruses from being wiped out from the planet. As such, the Government of Earthlings has sent back their technology to utilize viruses in culinary applications so that the humans of today can re-articulate their relationship with viruses and hopeful ensure their survival in the future.

As the story unfolds, Lin asks the audience to begin their culinary adventure with these viral creations, noting some side-effects that they may feel as a result of consuming the dishes. The audience is also equipped with gloves so that they can safely touch the food during the meal. The combination of medicalized aesthetics and speculative storytelling provides a surreal experience for viewers when thinking about humanity’s current predicament with the COVID-19 Pandemic.

Lin expects that Virophilia will take on new meanings as she continues to perform the piece in light of the pandemic and that different areas around the world will have a variety of interactions based on different cultural experiences of food culture and viruses. 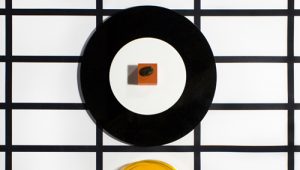 MARIAH WRIGHT, using design to reflect on what is arounds us 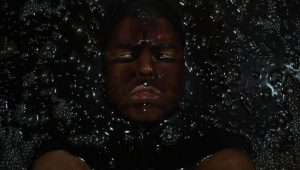 MARTYNKA WAWRZYNIAK, the artist as both subject and investigator