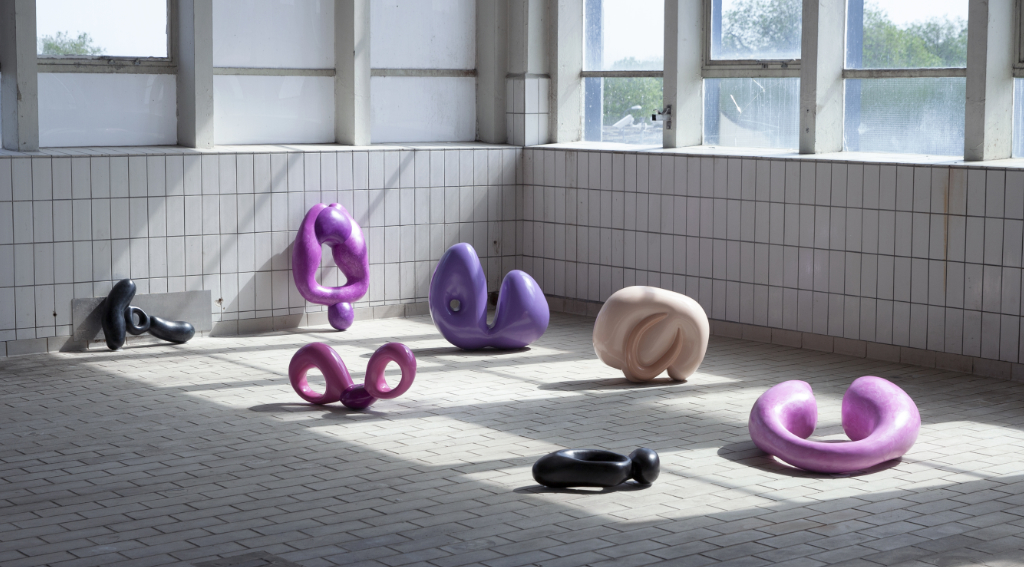 Insight: Objects of Desire, new hybrid forms that blend human and technology and the twilight area that exists in-between

Modern technology has impacted our lives in so many ways – it transformed how we work, live, and play. Yet, we are at a new inflexion point in bringing developing technology to life is one of the fascinating aspects of living in the Fourth Industrial Era. There is a growing symbiosis even if there is not yet a direct physical connection between humans and technology.

Following this idea of our future merge with technology is the work Objects of Desire by the speculative artist/designer Pleun van Dijk and her strong fascination for the endlessly evolving world around us. In her own words, the project Objects of Desire investigates the intimate relationship between humans and technology and the increase of the twilight area that exists in-between. It aims to translate some of these current developments into a tangible scenario by starting a collaboration between the designer (representing the human) and a generative algorithm (representing technology). The project confronts the viewer with a speculative scenario and leaves them to decide whether they perceive the outcome as human, non-human or something in between.

In contrast with my previous projects, the research started with a thinking-through-making approach, resulting in an intuitively crafted collection of one large and nine small scale sculptures. Once the sculptures were finished, I used different object analysis methods to interpret their shape and meaning. That investigation revealed to me how the sculptures are manifestations of the ever-existing relationship between humans and technology, or in this case, between me as a maker and the shapes I produced. The first research phase ended with the idea that everything we produce could more or less be seen as the result of a collaboration between humans and technology. This concept was then translated into creating a new design method that simulates a scenario in which human and technology partner in the design process of abstract as well as human-like shapes.

According to the artist, while this collaboration could, in theory, be continued forever, the project, for now, focuses on the first three steps of this new design method. In step one, the first dataset of sex toys was curated; in step two, the algorithm took over and generated a thousand new images based on the initial dataset, and in step three, translated seven of them into the first series of sculptures. At the moment, this collection of sculptures is the project’s outcome, but in theory, the collaboration could continue forever.

With the continuous growth of technological advancements, the thin barrier between humans and technology will continue to blur and may soon vanish entirely. This growing integration of what we consider human and non-human will force us to consider ethical and fundamental questions about who we are and want to be.

Objects of Desire mainly touches upon the ethical questions concerning our future merge with technology by starting a collaboration. However, before finding answers to these questions, we have to understand that our inventions will fundamentally change who we are and force us to reposition ourselves within the context of the world. My translation into an art/design project can become a tool in the current ethical debate that questions when a human becomes technology when technology becomes human, and what exists in between.

Whether technology/machine learning/algorithms are more tools than creators in this process is yet to be answered. However, the project clearly shows the implications of defining a distinct role, as the boundaries between the two become blurred.

From what this project concerns, it could last forever: all the 993 images that the algorithm generated have the potential to become a three-dimensional object. Repeating the process of the first dataset. Pleun van Dijk is currently considering alternatives for continuing this project, including expanding the current sculpture collection and using this research as a foundation for new partnerships between humans and technology.

Humans are tool users or technical beings by nature, and the fusion of computer intelligence and human consciousness is already happening. We rely on technology to supplement, augment, or relieve ourselves of our burdens. Without a doubt, technology has become an integral aspect of the human condition, for better or worse. It has an impact on us, just as we have an impact on it, not only in our daily lives but also as moral and ethical individuals.