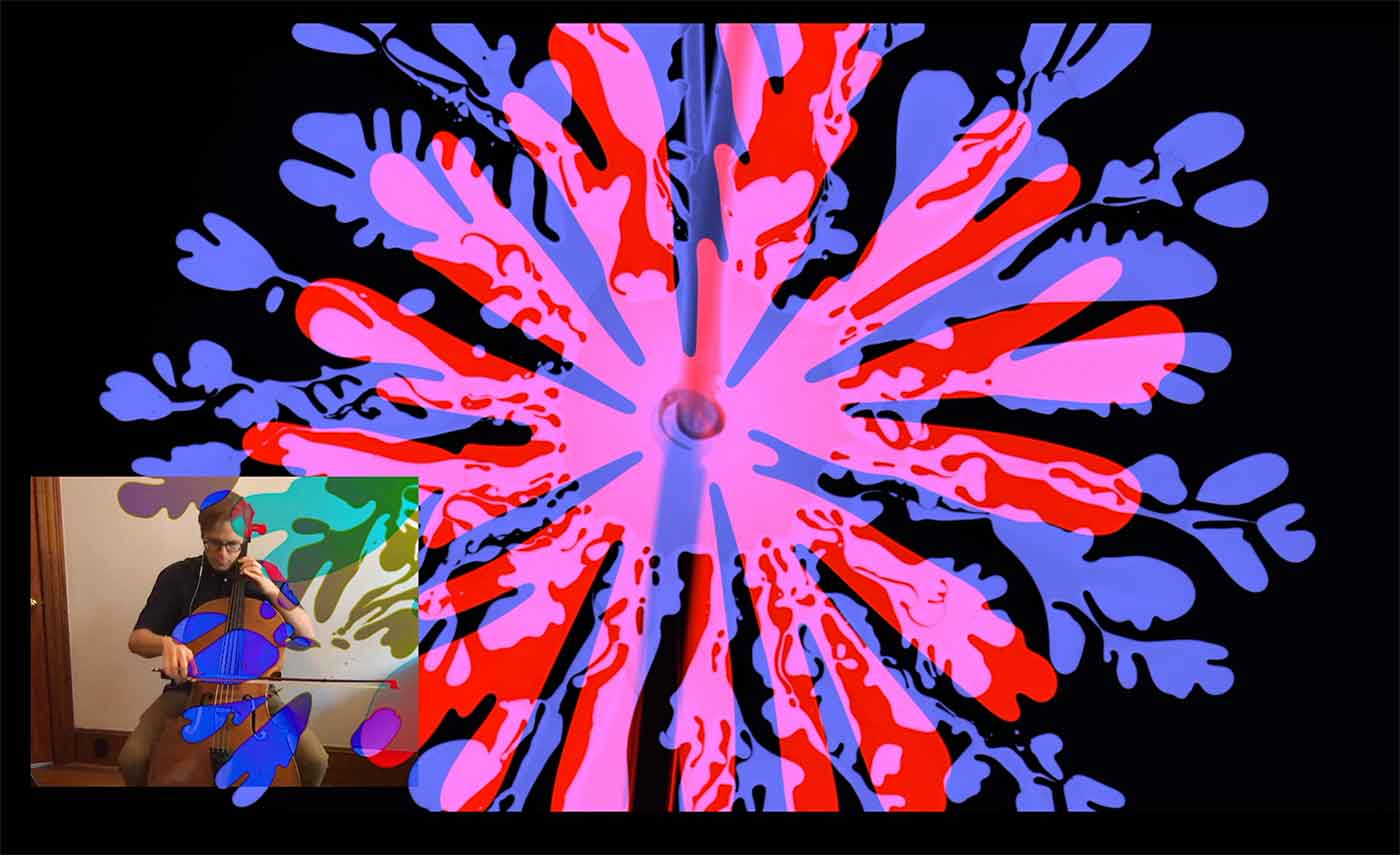 The arts have always been about sharing. Subjective interpretations of shared experiences are displayed both for the artist themselves and also for an audience. In this sense, art provides an incredibly accessible means of delivering information. These insights underlie the motivation behind the Multiverse Concert Series, a project that produces live music performances inspired by current developments in science. Above all, the Multiverse Concert Series is an open space for sharing ideas and sparking new dialogues about the future we want to live in together.

David Ibbett, the founder and director of the Multiverse Concert Series, has been composing science-inspired music for much of his career. His mum is a piano teacher and his dad is a research chemist back in England, so the combination of music and science came naturally.

Based in Boston, Ibbett created the project to establish a highly collaborative community of scientists, artists, musicians, performers, and thinkers. The final, immersive product of these efforts can include live music, scientific demonstrations, lectures, visual arts displays, and surround-sound electronics. It took several iterations to refine the recipe of a combining lecture and music, but the current format is working well – and recently adapted for streaming in partnership with the Boston Museum of Science.

We believe that together, the combined insights of artists and scientists from different disciplines can reveal the world in its truest sense – immersing both the mind and emotions in a diversity of topics. Cosmology can be illuminated through paintings – translating unimaginable scales to present human experience, the movements of living cells can inspire a ballet, and the plight of coral reefs brought home by elegies for lost biodiversity. Ibbett told CLOT Magazine.

They think of a science lecture as a performance in its own right. Scientists are passionate people, and when they speak about their work they open up a window into a new world of discovery – much as a piece of music can open us up to new emotional potential. Putting science lectures and musical pieces alongside each other allows this inspiration to flow back and forth. Music can create an emotional stage for the science to stand on – enhancing its sense of purpose – and science concepts can be meditated upon during a musician’s live performance is what makes Multiverse so special, Ibbett continues.

The concert series’ most recent audiovisual project is titled Dendritic (2019). Composed and animated for the Charles Hayden Planetarium and the Boston Museum of Science, Dendritic was created in collaboration with mechanical engineer Irmgard Bischofberger. Bischofberger researches mechanisms of pattern formation in fluid and soft materials at MIT, and the work of her graduate student Qing Zhang provided the scientific basis for Dendritic.

Zhang studies patterns of transitory growth in fluid systems, and “dendritic growth” specifically describes the projection of finger-like structures created by fluids in confined environments. Inspired by videos of this pattern’s formation, Ibbett composed the music for Dendritic through a process of “sonification,” wherein he converted visuals of dendritic growth into sheet music. The final video had the finger-like structures colourfully undulating and proliferating in time to music, with animations by Jesse Fletcher and Ibbett’s melody played by cellist Jesse Christon. Showcased at the Hayden Planetarium, Dendritic is a playful amalgamation of material science, music, and animation.

While these “dendritic” structures are ubiquitous in nature, their beauty and complexity can easily go unnoticed in everyday life. Zhang, Bischofberger, and Ibbett’s integrative work bring this fascinating growth pattern to the forefront of the viewer’s mind, eliciting an awe-inspiring, newfound appreciation for the natural world and the detail-oriented findings of specialised science. This applies to all of the Multiverse’s projects. By “making the distant real,” by musically and visually communicating what can occasionally be complex or intimidating scientific findings to observers, the Multiverse Concert Series reminds concert-goers of the shared element of discovery inherent to both art and science. Both fields spark in all of us wonder, curiosity, and creativity, and offer us a diversity of avenues for understanding our world.

Their next stream concert, Your Brain On Sleep, is on August 20th. Free with registration here.