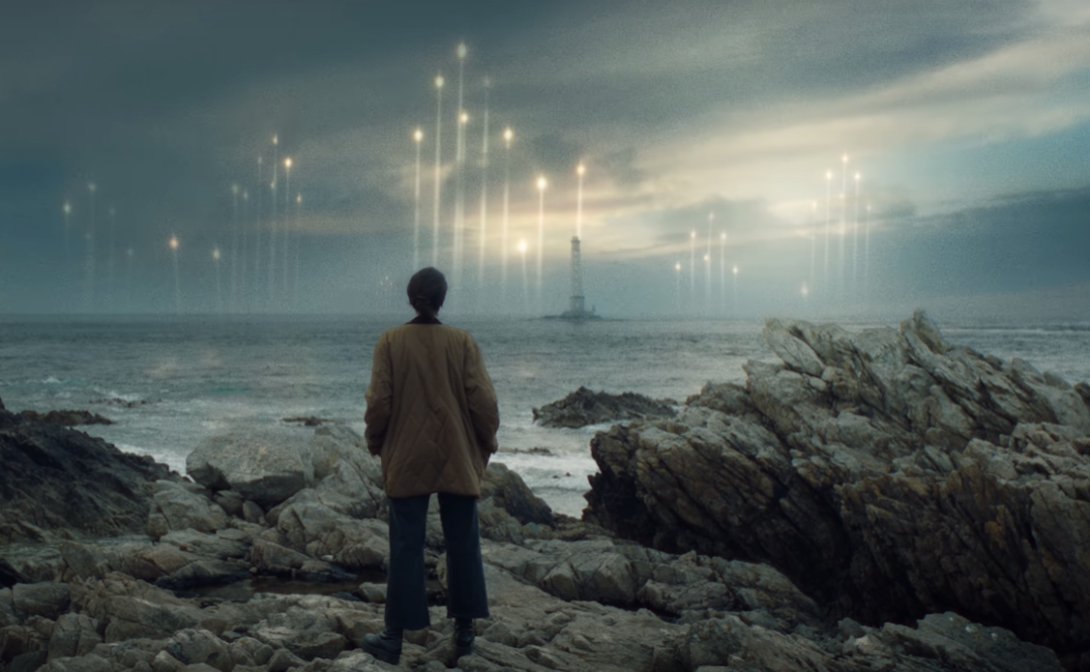 Early this year, Ö – aka Nicolas Petitfrère, joined PC Music with the release of the ‘AFK’ single, co-produced with A. G. Cook, the record label’s head. A couple of months later, PC Music presented Ö’s debut EP on the label, which coincided with the premiere of Hypernormality, a poetic exploration of familial love on an inhospitable planet intended to reflect modern-day issues facing humans on earth.

Co-written with director Jordan I. Cardoso, the script has been inspired by the disruption of life resulting from the pandemic, The Covid crisis and the resulting slowdown, disruption of life has been a big inspiration for us, a world in which routine and everyday life no longer have their place and how to survive, how to exist with such difficult constraints. So Nicolas Petitfrère said over Email.

When asked if the idea behind Hypernormality was somehow sourced in his previous sound works, Petitfrère shared: There is definitely a link between all my projects, and this is what has always interested me, whether for my projects under the alias Nömak or Ö, is the relationship that people have with themselves. Gluten free, Weight Loss Program, Posthuman, and Hypernormality all have in common to illustrate the human who looks at the human.

What it means to be a human in the constantly changing reality is an endless enquiry. The questions of how to exist and survive on a damaged planet, silently screaming from the screen while the human voice and the body form a tactile texture on the surface of the EP’s electronic music. The themes of familiarity, belonging, nurturing and connecting with modern nature or the outer space are represented with sound weaving through the image, or rather the image constructed from the sonic resonance.

The whole story starts from a personal experience. Cardoso told us. More than the impact of technology and science on the planet, it is the impact of humans that inspires me the most. For many years, we have had a negative impact on the planet and day after day; it makes us feel that it is dying slowly. The seasons almost no longer exist, the climate is warming up, certain animal species are disappearing, and it has become impossible to have certain details about what is happening. Cardoso continued when asked if the idea behind the story was related to his own experience of the impact technology and science have on the planet.

Coming from an image background himself, Nicolas Petitfrère sees sound closely related to visual media. I see these two mediums as related and it’s just important for me to identify which of the two I start with, although it all comes down to the same thing in the end. On the other hand, a moving image has posed a new challenge. As Petitfrère admits: The filmed image, on the other hand, is a thing that was still unknown to me, and this is the area where I especially learned: how to make sure to have a vision and to transpose it on a medium that I don’t master, and I couldn’t have done it without my collaboration with Jordan. Reflecting on their work together, Cardoso replies in return, Image and music are two things that are part of our DNA and even if they both have a different place in our lives. The beauty of our exchanges results in the fact that we know how to make it complementary, one for the other.

Such a symbiotic relationship is based on attunement and understanding each other’s needs. For a movie director to visually match someone else’s emotional expression found in music is particularly tricky. Cardoso said that the challenge was to settle on a sound and an existing EP whose track list was already established. Everything starts with music, in my opinion, especially when it comes to a visual illustration of music that has already been created. The long collaboration with Ö, over time, allowed us to exchange naturally. At first, I listened to the EP, then, my desire to carry out my first project as a director took over and I instinctively wrote a scenario which seemed to me faithful to the emotions that I could feel, personal, but in the end very close to those of Ö when he wrote the music. Cardoso explained when asked about the methodology behind directing Hypernormality.

The short film is extremely faithful to the EP, and there was not much sound design that was needed in the making in the end. As a result, the movement of the camera or the actors (Petitfrère having a quick cameo in it, too) had to be orchestrated with outstanding care for them to harmoniously develop in synch so that the whole piece comes to life in a perfect symbiosis.

When asked about the collaborative process of writing the script of Hypernormality and the ways they chose to communicate, Cardoso told us that From the identification of the emotions that emanated from the music and from my interpretation of them, it was important for me to know they would fit with Nicolas’ experience and the story of each piece. It turns out that shortly after discovering the EP, we both met in a house in the South of France. We took the opportunity to discuss the nature of the story and the universe we wanted to create together as much as possible. First with my instinctive creative impulse, then with the collaboration with Nicolas to bring the film back into his artistic universe. His music has always been very visual, and it was crucial for me to be able to come up with a short film that he felt comfortable with, something human but disturbed.

Such exceptional formal coexistence that was required in this interdisciplinary creative collaboration mirrors the message mediated by the work itself in its very poetic way.

Soft or satirical, Hypernormality presents the feeling of urgency to re-act, reconstruct and reconstitute the future. Unfortunately, the symbiosis is currently absent because society has valued a confrontation between nature and technology rather than mutual aid, which will be the case in the future in my opinion, where non-invasive technologies will copy the process of nature without going against it. Nicolas Petitfrère reflected.