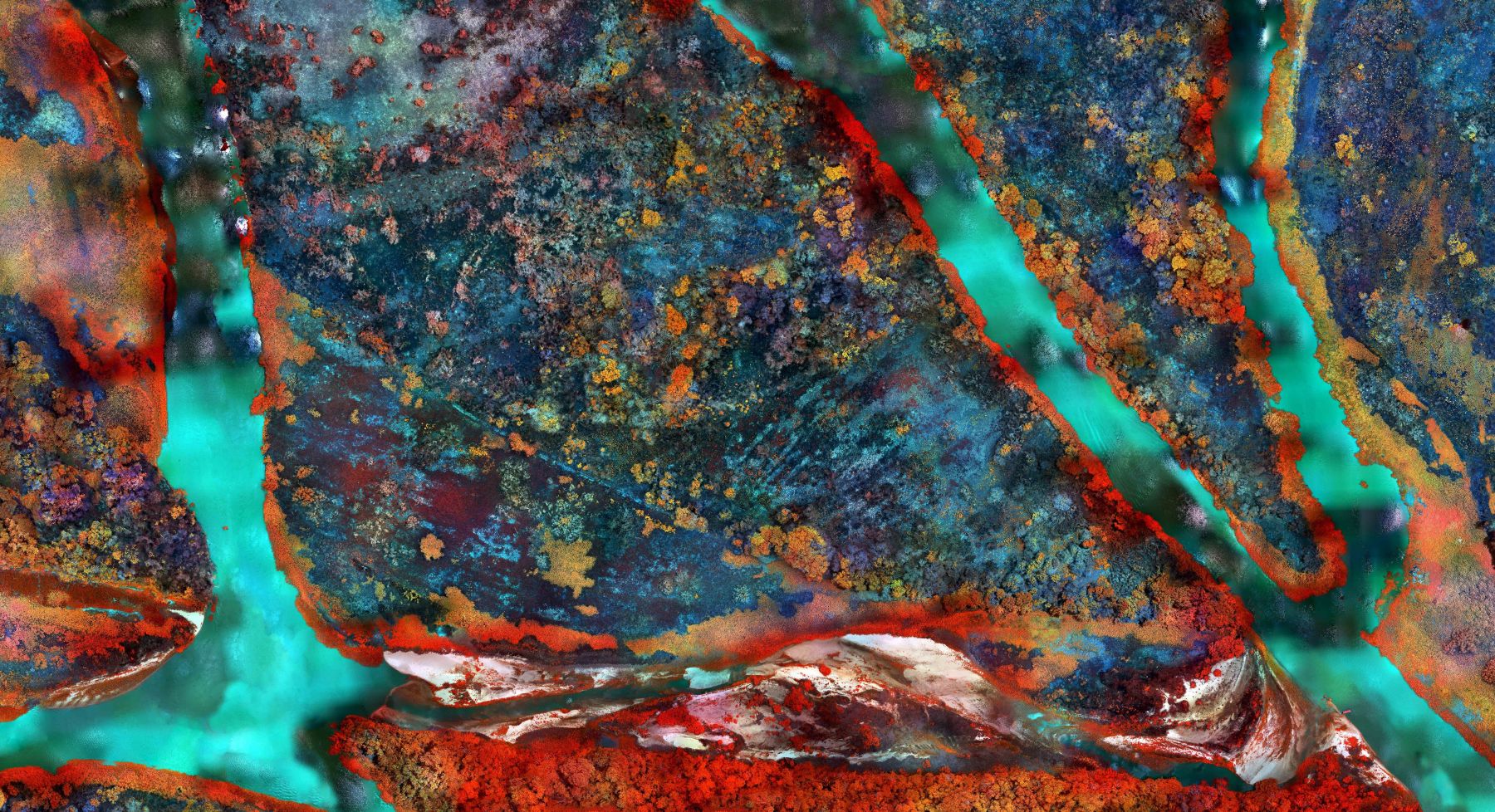 
Since the early days of his career, Richard Mosse’s work has been focused on using visual technologies not generally employed in artistic processes to present his politically involved and critical view of issues worldwide. In 2012 he produced his series of pink photographs, Infra and posterior film The Enclave documenting the ongoing military conflicts in the Republic of Congo using infrared film, originally developed for military purposes. Foliage reflects infrared light, and camouflage absorbs it, so the infrared-sensitive film can reveal hidden troops and buildings and produce the dramatic pink tints in the pictures.

Since then, Mosse has documented some of the most significant humanitarian and environmental crises of our time, for example, mapping the journeys of refugees and their camps across Europe, the Middle East, and North Africa that resulted in the spectacular and at the same time poignant, Heat Maps, where panoramas of refugee camps were shot using a military-grade thermographic camera, designed to detect body heat and classified as a weapon under international law.

In Broken Spectre, Mosse has turned his interest to the prescient ecological issues features and the culmination of three years of filming in remote parts of the Brazilian Amazon to document the ecological “war zone” the communities in the areas have been facing for years. Deforestation and the changing regional climate in the Brazilian Amazon are rapidly pushing the area into an array of devastating feedback loops, at the same time dishevelling the structure of the communities around. This became even more aggressive during the disgraced last presidential mandate. Hopefully, things will turn for more positive outcomes with the new one. Alongside the Broken Spectre video installation, a selection of large-scale photographs from the project documentation is also included.

Sean Bidder, curator of the exhibition at 180 The Strand, shares: Richard is an incredibly important artist, unflinching in his willingness to document some of the most crucial issues of our age. He’s also a pioneer in exploring ways in which to create immersive experiences when it comes to showing the work. We staged his first audio-visual piece, The Enclave, in Brewer Street Car Park in Soho, in 2014 and have been in close contact ever since. Our curatorial approach at 180 Studios is to commission, collaborate and stage experiences that are transportative, collective and inspiring, often blending many different mediums – film, music, and technology – in the large-scale spaces at 180 The Strand.

Bidder also comments that Broken Spectre is Richard Mosse’s most ambitious project to date and the sheer scale of the film and installation is bigger than anything he or 180 The Strand have done before:  It is a huge challenge for anyone to represent the ongoing effects of climate change – to make the invisible visible, as Mosse says – but a huge immersive artwork like this can, at least for an hour, put you in the midst of that emergency, to make you feel uncomfortable and overwhelmed but also hopefully energised to do whatever you can to make a human-scale change.

For this project, Mosse has also worked in collaboration with artist and cinematographer Trevor Tweeten and composer Ben Frost, both of whom is also worked on previous projects.  Between 2018 and 2022, Ben Frost accompanied Mosse to rigorously document the region’s environmental breakdown using scientific imaging technology and sound recording devices.

Using an ultrasonic recording system and 1/4” analogue tape, Frost was able to capture ultra-high frequency sounds that are usually completely invisible. Dipping the pitch lower, Frost is able to introduce us to the Amazon’s choral life force: birds, bats and insects constantly chattering through the trees. It’s the perfect metaphor for the Broken Spectre project itself that shines a spotlight on a problem we know exists but don’t always see clearly. The region’s fauna might be mostly unheard of, but if we don’t take immediate action. Frost’s contribution to the project has been laid out in a new album from the composer that will be released in December.


Broken Spectre combines reportage film and contemporary art photography, creating images of striking and unsettling beauty that push the boundaries of Richard Mosse’s craft to try and convey the scale and tragedy of events that are complex and opaque, working critically with military-grade imaging technology and using camera, film, and sound in all those many unconventional manners. 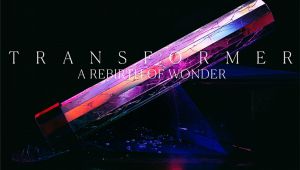 Exhibition: ‘Transformer’ at 180 The Strand London