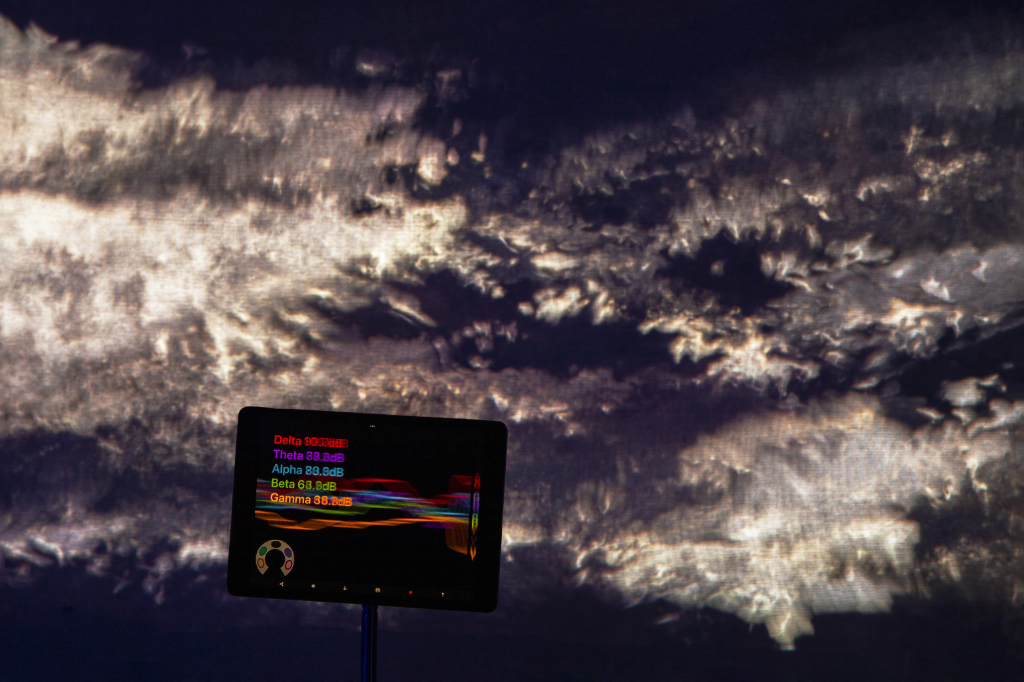 The project grew out of AlanJames Burns’ residencies at the Performance Corporation and Science Gallery in Ireland. Initially presented during the Carlow Arts Festival in Ireland, the work transformed and developed into a solo show at The Earth Vision in London –  just like the technology itself, the artistic pursuit is ever-evolving, never static, which funnily enough coincides with my neurodivergent traits too says, Burns. Through this project, Burns learnt about his neurodivergence, propelling him to unpack not only his own experience but also that of other people.


Working closely with the show curator, Marek Wołyński, Burns plans to take the project further, with possible future reiterations encompassing highly interactive live performances with musicians and larger-scale audiovisual environments. The artwork will be developed further early next year for a 5-venue Irish tour in summer 2023. After gathering feedback from audiences visiting Augmented Body, Altered Mind during Frieze Week, we see that the project truly resonates with diverse individuals and communities.

The project has enormous potential to grow, and we are currently exploring a range of directions, including digital art, for example, by embracing the medium of (dynamic) NFTs, as well as highly interactive live performances with musicians and fully immersive exhibitions, where the public co-creates large-scale audiovisual environments in real-time, explains Wołyński.

Augmented Body, Altered Mind stems from Burns’ long-term inquiry into the ubiquity of different systems and how they structure and condition our world, interactions and understanding of each other. Exploring neurology, behaviour and individual agency, Burns conceived the artwork as a system whose parameters are changed by each audience member interacting with the headset that detects electric signals generated by different brain waves, translating them into unique visuals. Humans have evolved to purposefully have brains wired differently so we can problem-solve situations and not get stuck going in circles reinforced by singular likeminded ways of thinking. Said Burns.

Dependent on the individual neurological rhythms of the participants, it was this variation that led Burns to centre neurodiversity as a subject in his work. His response to the limitations and constraints imposed on people not fitting into society’s expectations aligning with normative, convergent ways of thinking was to turn to collaboration. He invites numerous voices into his work; Augmented Body, Altered Mind has been developed together with editors, writers and visual designers, and, crucially for the project, the public – navigating an audience’s experience of an artwork is a key element in my practice and that navigation is storytelling.

There is an exciting interplay of technology and language in Burns’ practice. It is a specific use of language that layers on top of the work, creating space for feelings of affinity and allowing the possibility of an error; it embraces the fallibility of our minds, technology, and our relationship to it. It also points out a sense of resistance towards the normative and brings up the relationships between technology, language and bodies that are at the periphery of the capitalist, ableist system – queer bodies, disabled bodies, and migrant bodies.

Aas a closeted queer child with unknown hidden disabilities (ADHD, dyslexia), technology was my way to escape my rural catholic upbringing. I learnt about myself and the world by watching hours and hours of television while making and drawing something with my hands; it was the only way I could adequately take in information; television was my first piece of assistive technology.

As for many others, technology enabled him to nurture his difference and then question and reject the idea of normativity. It also guided him in more horizontal and inclusive community-building, amplifying collectivity and creating feelings of belonging and affirmation: I see neurodiversity/ disabilities/ queerness/ otherness, in general, can be a superpower, once/if you can navigate through society’s disabling-ness and can embrace yourself.

While Burns celebrates technology as a tool to create space for othered bodies by presenting difference as the defining characteristic for all of us and not something ‘other,’ he also acknowledges the danger of appropriating some of the liberating promises of technology by the Big Tech. He points to this as a driving force in a climate emergency, a recurrent theme in his practice. Whether I am bringing an audience of 50 into a dark cave behind a waterfall under torchlight or working with a writer on a scripted dialogue that draws connections between neurodiversity and climate change, navigating an audience’s experience of an artwork is a key element in my practice and that navigation is storytelling. Burns explained.

Climate change is a central issue for social justice, and while it affects people with disabilities disproportionately, they have, until recently, been largely excluded from climate action discussions. Augmented Body, Altered Mind counteracts this, incorporating a dialogue focusing on neurodiversity and climate change conversations against the backdrop of global systems and technological growth: within this, Augmented Body, Altered Mind positions cognitive divergence as a societal advantage and a complimentary force for positive environmental change says, Burns.

In Augmented Body, Altered Mind, the cognitive divergence, aided but not driven by technology, is a powerful tool for new world-making and thinking towards more sustainable and diverse futurity. Neurodivergence encapsulates such a broad spectrum of brain types that I want to continue researching neurodivergence through multiple collaborations. Told us, Burns.


Website https://actualperceptions.com/augmented-body-altered-mind
(Media courtesy of the artist and the gallery) 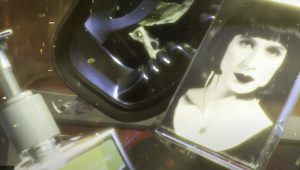 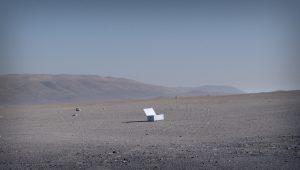