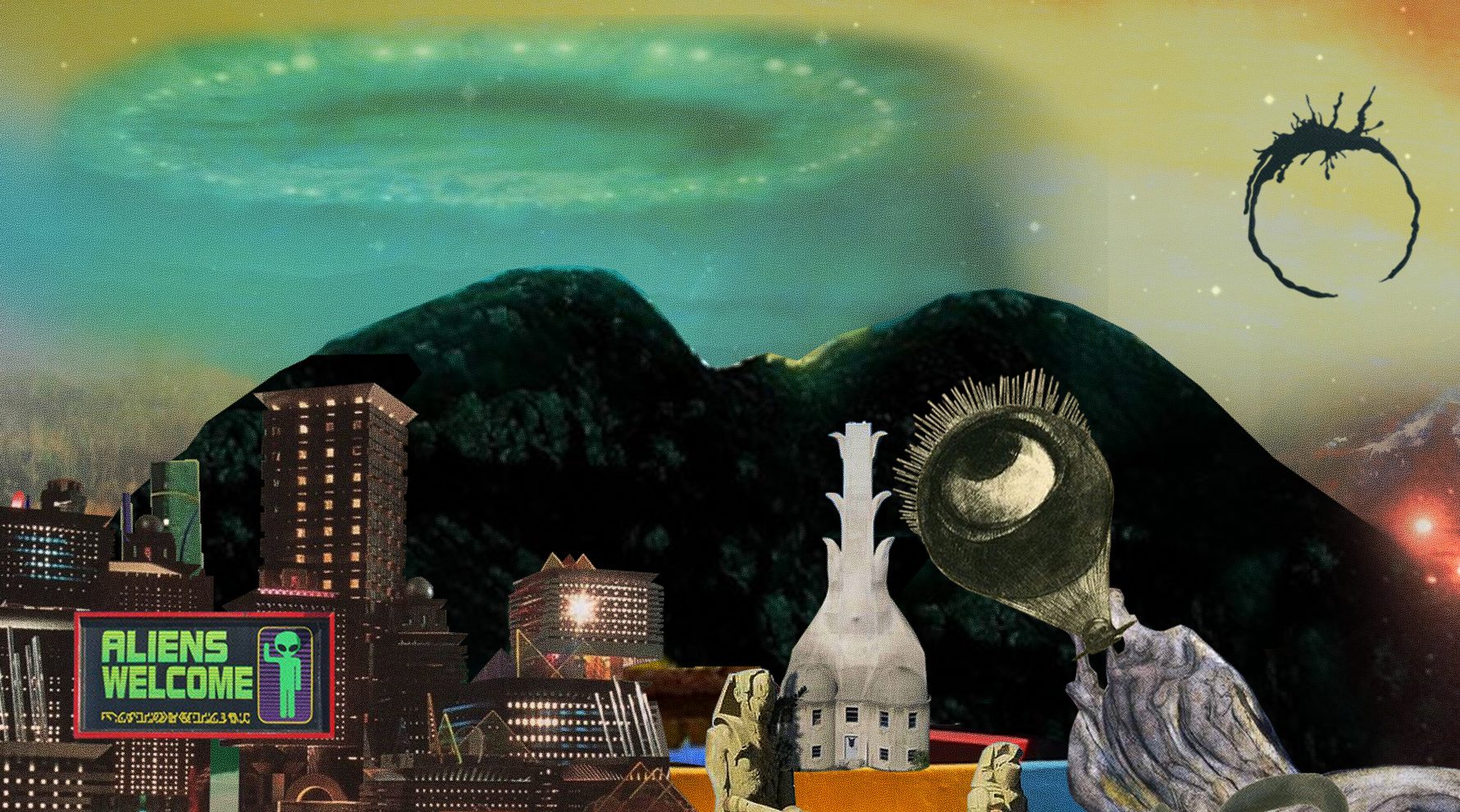 Over 100 years ago the celebrated fiction writer H.G. Wells wrote one of the first science fiction novels to explore relations between humans and extra terrestrial beings. The book is one of the most widely commented on in the genre, and it set the tone for understandings around the human connection to other species, a tone inflicted with narratives of violence, conflict and domination.

A fascination with alien life, deep space and science fiction has dominated the research and career of artist Dominique Gonzalez-Foerster, whose exhibition Alienarium 5 is currently on show at The Serpentine Gallery in London.

Speaking about the artist, Bettina Korek and Hans Ulrich Obrist, CEO and Artistic Director of the Serpentine respectively, say that Dominique Gonzalez-Foerster is an artist synonymous with experimentation, whose career has spanned decades of research into sensorial and existential dimensions of human life. As such, we are honoured that she has accepted our invitation to create a bold, immersive environment that we hope will change the ways that those who experience it think, see and feel. It is with great anticipation that we look forward to inviting audiences to encounter her phenomenological ‘mise-en-espace,’ to quote the artist herself.

In this exhibition, the artist’s first solo show in London since taking over the Turbine Hall at Tate Modern in 2008, Gonzalez-Foerster uses the framework of outer space to explore new modes of interspecies connections.

Through this framework, the artist uses the multimedia exhibition to immerse the audience in a world exploring alien life and our connection to it. Collaborating with a philosopher (Paul B. Preciado), an architect (Martial Galfione), a musician (Julien Perez), a parfumier (Barnabé Fillion), a hair and makeup artist (Mélanie Gerbeaux) and a designer (Ivan Murit), Gonzalez-Foerster builds a world inspired by the science-fictional where our relationships to the extra terrestrial generate holistic experiences in new kinds of space.

Creating immersive speculative fictions for the viewer holds true to a zeitgeist in contemporary art right now, as many artists imagine other possible realities for us to live in through visual art, performance and installation. In Alienarium 5 the artist invents characters and species such as the invisible ‘Alienflowers’ that reside amongst the exhibition’s installations and populate this imaginary world.

The show is structured into rooms or ‘chambres’, each functioning as a chapter in a text. The artist herself is quoted in the exhibition text as saying she is always “fantasising about the idea of writing a book” and this exhibition is a testament to that, even holding space for a bibliography laid out in space 5.

The exhibition is the medium for this multimedia fiction where sound, smell, sight and touch all contribute to the experiential work. The artist draws on each of these senses to create new kinds of space for reading and for dreaming. Such as in ‘la Chambre Humaine’ where the viewer is invited to lie on a plush velvet circular bed to contemplate and dream. Or in ‘le planète close’, which plays with modes of display by only allowing the viewer to see the alien installation via a series of tiny holes in the wall. Here, the smell becomes the dominant means of interacting with the creature inside through the unfamiliar scent around the small viewing windows.

All of these different spaces are held together by a printed carpet that is first encountered upon entering the exhibition. Titled “Planet Carpet (Uranus)”, the work is based on a picture of Uranus that has been edited to be saturated with colour. The carpet is spread throughout the show and holds together the world that Gonzalez-Foerster and her collaborators have built.

Viewers can have an embodied experience of this world through the VR experience that allows each person to become an alien species and move about deep space at a slow and meditative pace, encountering other extraterrestrials along the way. Each species that you meet changes the being you inhabit in a fun and colourful way in a reflection on what interspecies connections could look like.

This exhibition explores in a playful but experimental way how we can build new worlds for ourselves, as well as forge new connections. It draws on an encyclopaedic level of references to look at how culture(s) shapes the worlds we live in and creates new spaces for us to contemplate and dream. Where narratives of violence once dominated stories around human interactions with extra terrestrial life, Dominique Gonzalez-Foerster builds a world where aliens could be in love with humans and explores how that might make us feel.

Website https://www.serpentinegalleries.org/whats-on/dominique-gonzalez-foerster-alienarium-5/
(Media courtesy of the Serpentine and the artist)