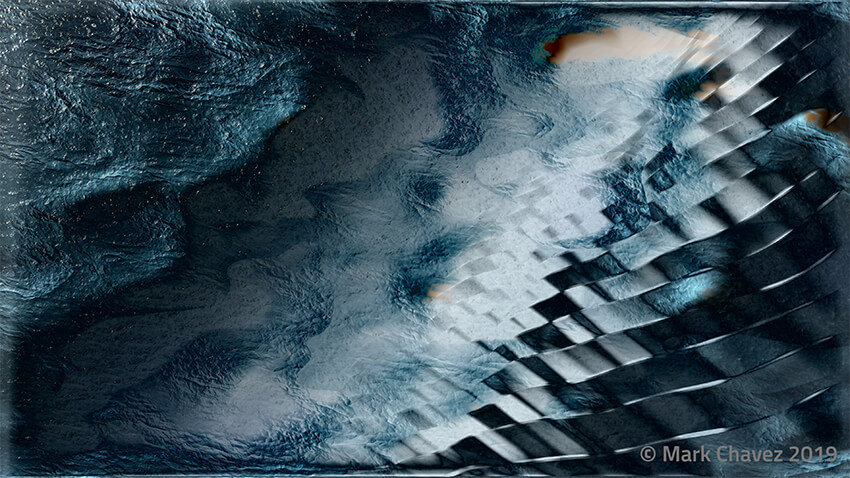 Quantum physics still is a somehow familiar, but at the same time, completely abstract number of theories scientists have formulated to explain the laws that reign our universe at the subatomic level. We all know the words and what they describe, but what is it actually about, and why it’s becoming more and more popular?

Quantum Travelers, a multidisciplinary artistic collective, are using creative means to reinterpret this complex matter with their Deep Space project Quantum Logos. And they are presenting it at the Ars Electronica Festival, which is celebrating its 40th anniversary this month.

Incepted by media artist duo Mark Chavez and Ina Conradi, the Sci-Art producer and developer Bianka Hofmann and the science communicator Bob Kastner, Quantum Travelers is an international team of artists, science communicators and producers supported by scientists and business developers that by creating audiovisual and textual narratives aim to inject science results into mainstream culture and communicate critical technologies that shape society. And Quantum Logos is their first attempt at intending to make the universe’s underlying quantum reality accessible to the public. The artwork is an immersive, reactive audiovisual experience that explores the fundamentals of quantum theory expressed in cultural archetypes — using real-time animation, to try to look into natural phenomena and confront us with the nature of existence.

Speaking with Mark Chavez, he shares that this project began as an artistic collaboration between Ina Conradi, Bianka and Bob Kastner and himself. Bianka and Bob introduced the artists to Rupert Ursin, a Physicist at the Austrian Academy of Science, which allowed them to discuss these matters with someone who is deeply involved with research on the topic. The five of them had an interesting conversation where Rupert encouraged the team to try to look at the quantum world differently and to give up trying to explain quantum phenomena and instead make their effects visible. The discussion of this esoteric subject was a great resource and eye-opener to using cultural metaphor to explain the matter, Mark said.

Moreover, and expanding on the opportunity to explore quantum physics with cultural archetypes, Mark goes on: You might say that any visual interpretation of the quantum world is a cultural archetype or design trope. Much of my artistic research looks at pareidolia, the visual component of apophenia: the tendency to perceive a connection or meaningful pattern between unrelated or random things. I use these phenomena to examine how quantum physics defines the world around us. Taking our contemporary understanding of how various cultures historically interpreted the nature of existence, I’ve tried to match up those intuitive perceptions and design the artwork with contemporary understanding of natural phenomena. The resultant work has a creation myth feel to it, which is quite interesting, I think.

For the development of Quantum Logos, the artistic duo researched indigenous Amerindian thought, Ieaning on the author Alexus McLeod’s book Philosophy of the Ancient Maya: Lords of Time, as well James Maffie’s Aztec Philosophy: Understanding a World in Motion. For Mark, these books look at how early cultures attempt to understand the nature, structure, and constitution of reality. These cultures had a unique and unexplored understanding of the world around them. I took these observations and used them as metaphors to describe simple yet challenging to fathom phenomena of quantum physics. Technically, I used Derivative Touchdesigner to create imagery and interactivity. The Deep Space team at Ars Electronica were kind enough to install the software in their space. Touchdesigner is widely used as a performance-based interactive tool. I used it to create GLSL shaders, animated visuals, and interactivity. As Quantum physics describes the world as a phenomenon of fields rippling against other fields, the artists are using the Deep Space Pharus laser tracking system to make the audience participants bundles of energy that ripple against each other creating new elements in their wake.

Mark recalls finding visual archetypes that describe phenomena that he wished to address without indulging in cultural appropriation was a bit of a challenge. For example, he says,  I use a sun visual that warps the imagery around it, similar to how gravity warps the space around a star. The sun was essential to many early cultures and is depicted in various ways. The Indian Mahabharata epic identifies the sun as Surya or the eye of the universe, soul of all existence, origin of all life. Quantum physics describes the effect of the sun as a source of energy that through the quantum effect evident in quantum biology sustains life as a tree absorbs photons to sustain and grow. Using some of these cultural references in a sensible way, is something artists or creatives have to be very aware of these days.

But this is just the start of something more ambitious. The team, for now, has formed the collective and are planning further collaborations at the Ars Electronica Festival with an Associated Program called Entanglement Ongoing, a networking event that will allow them to pursue new Art and Science discussions and plan future collaborative works.