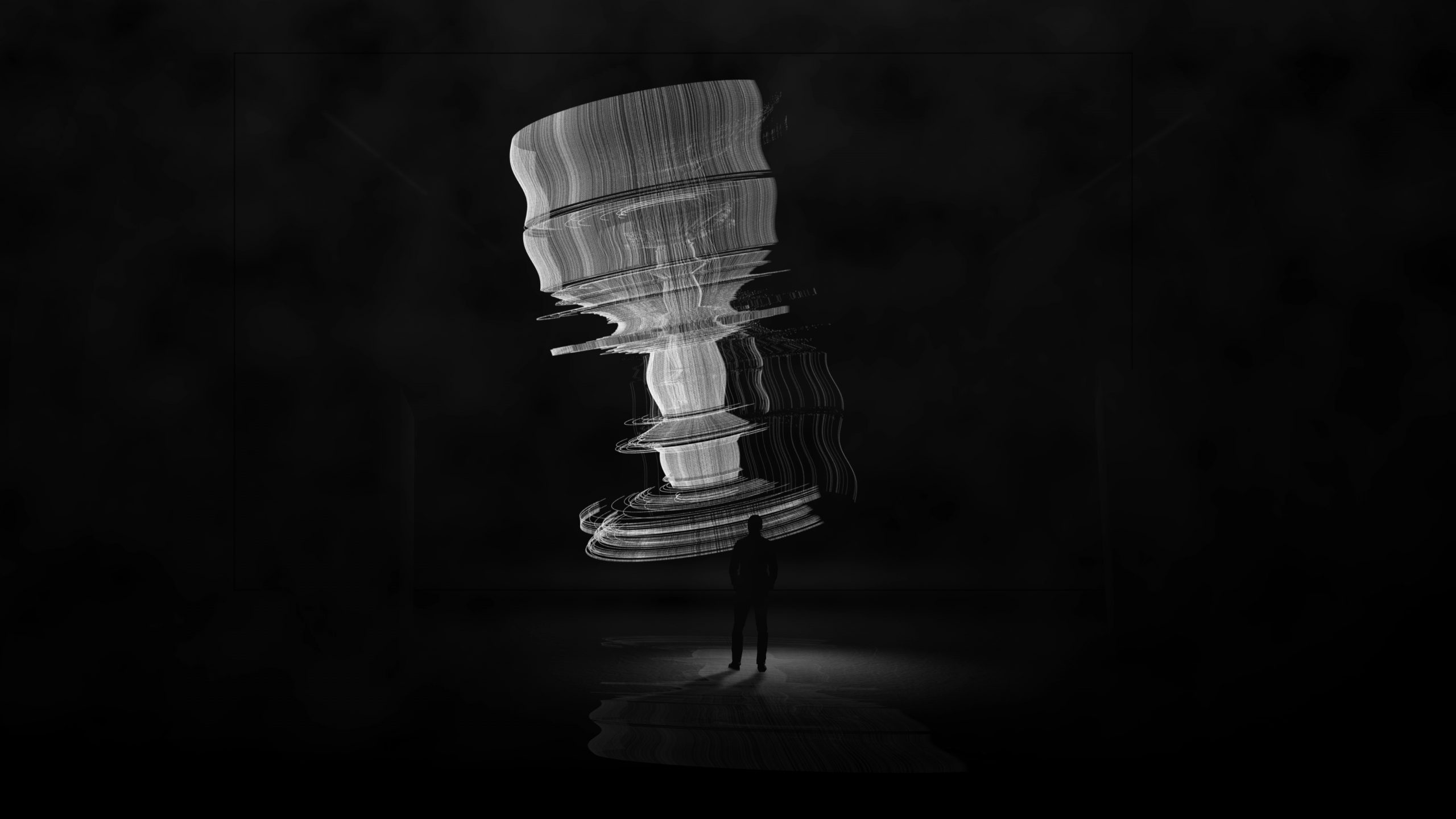 For the 2022 edition, running 10-20 March, Sonica will showcase 200 events by over 85 artists from 10 countries, shining a spotlight on contemporary French artists – Maotik, Annabelle Playe, Collectif Coin, Guillaume Cousin and Virgile Abela whose work is presented throughout the festival – as well as welcoming artists and performers from Australia, Spain, Canada, Myanmar, Switzerland, and more, alongside showcasing the best in established and emerging Scottish talent. Roly Porter and MFO will be opening the festival with their audio-visual collaboration Kistvaen with Gaelic singer from the Isle of Skye, Anne Martin. Visual improviser and coder Alba G Corral will be participating with a world premiere.

A partnership with The Anglo Mexican Foundation & Universidad Nacional Autónoma de México (UNAM) commissioned by Cryptic will present the premiere of Earthquake Mass Reimagined by Kathy Hinde. Inspired by Brumel’s 16th-century mass, Hinde creates a choral sonic installation at one of our new venue partners this year, The Pipe Factory in Glasgow’s East End. Other Cryptic commissions include performances by musicians Ela Orleans at Tramway and Alex Smoke at Paisley Abbey, plus a kinetic installation by visual artist, Robbie Thomson at CCA.

As part of this year’s edition of Sonica, the festival is hosting the digital premiere of Cadie Desbiens-Desmeules and Michael Gary Dean’s video work Previz from 1 – 31 March.

CLOT Magazine is premiering the work online as an exclusive preview ahead of it going public tomorrow march 1.

Previz is “a virtual audio-visual performance reflecting on the consumption of media art, created this work as a commission for Contemporary Musiking Hong Kong (CMHK). The term ‘previz’ stands for previsualization, an artist’s impression of how their eventual artwork might look. Continuing their investigations into how we might ‘see’ sound, Cadie Desbiens-Desmeules and Michael Gary Dean go a step further by picturing how an entire audiovisual event may eventually look, including computer-generated 3-D figures watching a 2-D performance within which 3-D waveforms visualise music. The watchers become the watched, and the spectators are all part of the spectacle.

Cadie Desbiens-Desmeules is a Canadian media artist working between generative art and live performance, with either site-specific or installation-based, spanning multiple surfaces or immersive environments while Michael Gary Dean, also known as Wiklow, is a Montreal-based an electronic media artist who straddles both the avant-garde edges of digital art and the more traditional veins of classical music. The artists share that Previz was produced during the Covid-19 pandemic, but also as a moment of collision between a few different things. The world was trying to continue working as “normal” online, in a sense as if nothing was different. Can’t do meetings? No problem, we’ll just do them on Zoom. But performance art didn’t translate so directly. In “Previz”, there are moments where showing visuals as part of Zoom calls was a bit ironic to us. It’s just not the same thing. It doesn’t carry the same value.

The artist also reflected in a trend that has emerged in the field of new media art where an artwork is first created as a 3D, or virtual, representation of what it will be – a “previsualization”. Even after artworks are later shown in real life, the “previz” is still what is used to advertise a work. In some cases, it might represent a better-than-reality version or an ideal representation. We thought that was an interesting shift to have occurred.

So in “Previz”, Cadie explored ‘ideal’ venues and production setups in a few different scenes. One scene uses planetarium-style venues or massive spaces with multiple projectors covering a huge floor.

We draw on some of the main and original references of digital art, like Ryoji Ikeda, and the tight relationship between sound and video, where the two become totally unified at moments. The sound is visual and the visual is sound. This has been something we explored together for a few years in performance works like “Membrane”. We also reference one of our own installations, “Frozen Music”, which is also showing at Sonica UK in March 2022.

Both also comment that there is this movement in the last years to create content for virtual spaces, virtual reality, inside video games etc. How relevant is it, in the end, to do these things virtually? That’s the question. Performance work doesn’t translate directly like this: Without a public audience and a shared social experience, it doesn’t seem to make sense in the same way. Investigating psychology has always been an aspect of our collaborative work, and shared social experience seems to be a fundamental aspect to what gives a performance value in society, at least from what we can tell. Without that aspect, the reason for live performance to exist seems to fade.

So there’s a bit of humour in here. Each scene in the film contains audiences of 3D people that have an obvious 3D quality to them. That was a conscious decision. You take out these 3D people in each scene, and it’s nothing. The 3D people are what make the work what it is, even though they aren’t a real audience. The video is secondary, the music is secondary.