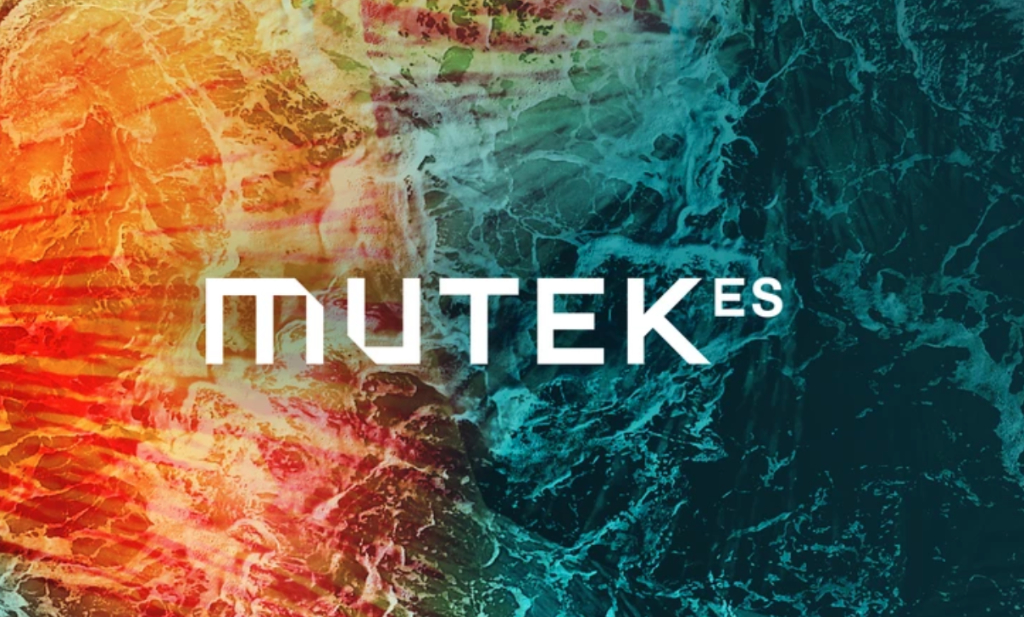 MUTEKES takes place on March 7-13, 2022, in Barcelona. This 13th edition is unique because it will be one of the first occasions in Barcelona in which an event can be enjoyed without capacity restrictions or a COVID passport.

Coinciding this 2022 with the 25th anniversary of the signing of the Cooperation Agreement between Québec and Catalonia, MUTEK.ES receives a delegation of Québec artists and professionals, highlighting and strengthening the bonds of friendship and cooperation between the two territories. In this line, and coinciding with the festival’s opening, Canadian artist Robyn Moody presents his work Wave Interference, a kinetic sculpture consisting of 88 mechanically animated fluorescent tubes like a cascade of undulating light. This is part of the joint cycle Sculpted With Light & Sound with Roca Barcelona Gallery.

Other highlights from the Canadian artists that will come to  MUTEK Barcelona are Tim Hecker; Guillaume Coutu Dumont will premiere Les Empires,  a performance inspired by mythology, memories of cartoons from his childhood and movie soundtracks; France Jobin and Markus Heckmann will premiere Entanglement, an artistic-scientific project inspired by the concept and properties of entanglement in quantum physics and quantum fields; and Littoral, a show A/V by Myriam Boucher in which through the combination of sculptural objects, sound and light, she explores concepts related to sea-level rise incorporating scientific data on coastal erosion.

From the international lineup, we highlight the premiere of the A/V show by Maoupa Mazzocchetti & Hospice 1er supported by Wallonie-Bruxelles Musiques (WBM); Ryoichi Kurokawa who will for the first time in Barcelona his work assembly/subassemblies and Barcelona-based Japanese artist Kazumi Sakoda.

Continuing with the commitment initiated in its previous edition to bring light and begin to draw a new model of industry in which inequality and discrimination based on gender have no place, the 3rd MUTEKES Symposium will take place on March 3-4 at CASA SEAT.

Under the claim Science and Technology for a Future without Gender, the two days will focus on debating and analysing the impact that Technology and Science have had, have and will have on culture and specifically in the field of digital and sound creation, and to highlight their crucial role in this new roadmap to ensure “a future without gender”. Some of the participants are Music, producer, transmedia artist and gender activist Efe Ce Ele, Multidisciplinary artist, video director, and fictional character Geraldine, researcher and lecturer at the Music Technology Group of the Pompeu Fabra University (MTG/UPF), Lorenzo Porcaro and MUTEK Barcelona Festival & MUTEK ES Simposio; director; Shesaidso.spain co-director Pat Quinteiro, among many others.