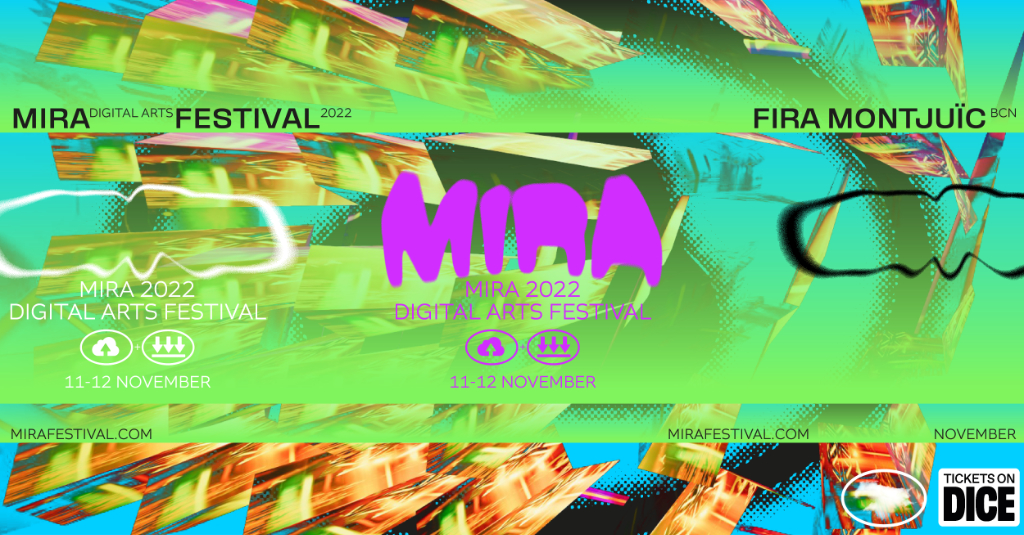 Digital arts festival MIRA returns to Barcelona on November 11-12. Running in the Catalan capital since 2011 (plus a couple of stints in Berlin), it’s gained a reputation for high-quality music programming and showcasing experimental visual arts of the glitchy and hyperactive kind.

Pitching itself as being dedicated to exhibition, dissemination and education and the intersection between arts and digital culture, the event pairs audiovisual performances with conferences and installations. Organisers recently announced that this year’s event will find it moving from its typical location, Fabra i Coats, to the more central and expansive Fira Montjuïc, which attendees of Sonar by Day will be familiar with. The MIRA Dome will return for another presentation of 360º projections.

On the music front, fans of introspection, psychedelia and grinding rhythms will be treated by the likes of Kali Malone, Neu!’s Michael Rother and Voices From The Lake. Later on both nights, things will turn up a gear courtesy of Djrum, Special Request and Nia Archives. ’90s UK dance legends Orbital and Squarepusher act as defacto headliners on alternate evenings.

Live a/v shows will be presented by various collaborative sets. This includes Loraine James and Allesandra Leone, who are performing a show commissioned by MIRA. Elsewhere, Animistic Beliefs will perform their multilingual and algorithmically assisted show in Spain for the first time, with Jeisson Drenth in charge of the visual aspects.

Amongst the many artistic interventions present at the festival is Gima Paisaje II, by Akyute, a pseudonym for the artistic duo Magdalena Hart and Natalia Gima. The piece inquires about more-than-human intelligence and the possibility of living in “relationship with” rather than “domination over”. Elsewhere, Lola Zoido will explore the way we construct our reality through digital processes.

A number of light and sound installations portray an interest in bending and transforming conceptions of space. Anonima/Luci is one of them, a light art project by Stefania Kalogeropoulos and Alberto Saggia, with Milan-based sound artist Katatonic Silentio. Another is Maxime Houot’s exploration of the limits of one’s own perception.

There will also be video essays on display, including Andrea Carrillo Iglesias’ Composting Fields, which explores the ethical, aesthetic and technological implications linked to the simulation of tropical ecosystems. Digo.Digital’s In Search Of Dreams: Cheating The Status Quo represents a fictional virtual reality game in a fictional metaverse where you must show your dancing skills to win. Bora’s I Have Lived In Many Forms. I Have Been Perceived As Many Things, a project curated by MMMAD and MIRA  that revolves around different animated characters and the universe that composes them. This film seeks to use imagination as a way to open doors and reverse “censored” spaces in “reality” and to seek fluidity and acceptance: to create a tender digital portal.

Full details of the visual arts side of the festival, including 2022’s instalment of the ongoing MIRA.mov series of video works, are still to be announced.