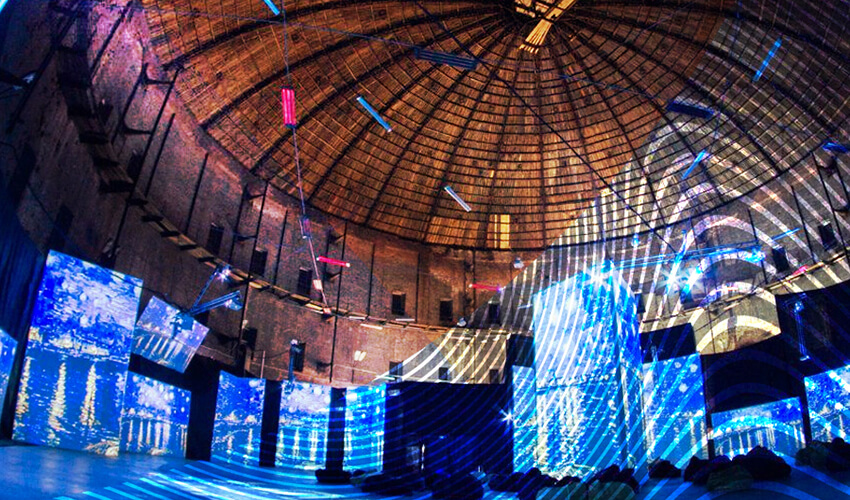 Gamma_PRO, the international conference on art and technology, held in St. Petersburg is back on July 11-12, 2019 with participants from 30 countries. ‘Gamma Festival 2019 is representing dance and experimental music, media art and new trends of contemporary culture, but also education and interdisciplinary research, especially in the field of art & science and art & technology.’ Tells CLOT Magazine curator and co-producer Natalia Fuchs.

With representatives from music festivals like Oliver Baurhenn from CTM Festival, Mat Schulz from Unsound, Tommy Ose from Insomnia, and Susanna Niedermayr from Musikprotokoll that will join theorists and practitioners of media art, moderators Peter Kirn from CDM and Maurice Jones from Mutek.JP, and major technology companies like SONY Computer Science Lab, this years edition of Gamma Festival will focus on the importance of culture for social innovation. Highlighting current trends in the field of artificial intelligence research, experimental cultural production, modern museum practices related to festival projects or modern music philosophy, among others, ‘we feel responsible for this cultural phenomena and for the new generations of creative people in Russia and worldwide to be part of it.’ Fuchs continues.

Gamma Festival 2019 will be held in several locations in St. Petersburg like the Planetarium №1 where on July 11 will take place the festival opening concert with the audio-visual duo of musician Kazuya Nagaya and video artist Ali Demirel. Then Gamma-PRO will be held in two magnificent gasholders founded in the 19th century on the Obvodny Canal where we will have evening performances full of new visual experiments for a full-dome projection, a unique experience for the audience. And the main musical part of the festival GAMMA this year will unfold again on the territory of Stepan Razin factory founded in 1795 where on 7 floors  6 stages of various formats will be opened including also an AI-stage arranged by human musicians in a collaboration with artificial intelligence.

On July 13, more than 60 musicians and DJs from 15 countries of the world will perform in the space of the factory. Some of the legendary musicians and new names from the world of electronic music are Surgeon, Boston 168, Dax J, I Hate Models, Oscar Mulero, Raffael Anton Irisarri, Samuel Kerridge, The Empire Line, The Exaltics, Map.ache. On July 14 the concert program will take place at the Arsenal plant, another historical industrial space of St. Petersburg. And to close three intense days of trends, sound and ideas, the Gamma_AFTERPARTY at club citadel Blank will hold a palette from ambient to experimental electronics transforming the final night of the festival in a memorable one.