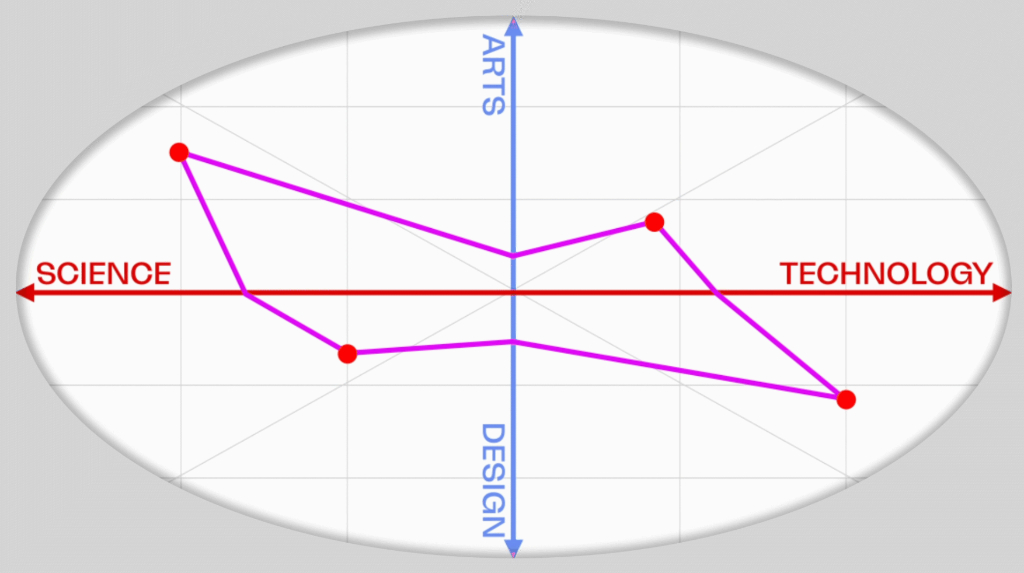 Festival: Driving the Human, an eco-social renewal for the collective future

Driving the Human is an artistic and scientific collaboration set up in 2020 with the aim of engaging until 2023 in the development and proposal of seven future-driven prototypes. These are conceived as attempts to respond to the complex scenarios that dominate our era by overcoming the too simplistic binary understanding of the world. Specifically, it is characterised by an interdisciplinary approach that envisages the interrelation of three different domains: art, science and technology.

The project is intended as an incentive for experimentation that looks towards the potential of sustainable alternatives for the upcoming times based on a collective perspective. It is sustained by the cooperation of four partner institutions: acatech, Forecast, the Karlsruhe University of Arts and Design and ZKM.

The inaugural festival was held online in November 2020 and involved several scholars, artists, designers and practitioners in a discursive platform during which the fundamental themes of the project – such as the social impact of climate change, energy cycles and technology-driven disruptions, the impact of collective decision making, and contemporary processes of exchanging values and objects – were touched upon.

The panels had an open format; the aim was to actively involve the audience to engage in dialogue and pursue the value of collectivity, meant as the core of the festival itself. During the broadcasting days, installations, architectural mock-ups, interactive games, lectures, video works, presentations, performances have resulted in a constructive and versatile programme divided into 6 thematic sections.

As a further initiative, Driving the Human launched an open call on February 10th, 2021, inviting participants from the most diverse backgrounds to submit their proposals focusing on critical and engaged world-views that might enable new ways of coexistence. Urgency, openness and interconnectedness are the key concepts behind the call, which closed on April 9th.

This fledgeling project aims to commit itself over three years by offering concrete alternatives to the unstable and disrupted present in which we find ourselves. The experimental aptitude and interest in delicate current global issues aspire to activate fruitful interdependence mechanisms and exchange dynamics between different fields of knowledge so as to give voice to renewed constellations of possibilities for our shared future.