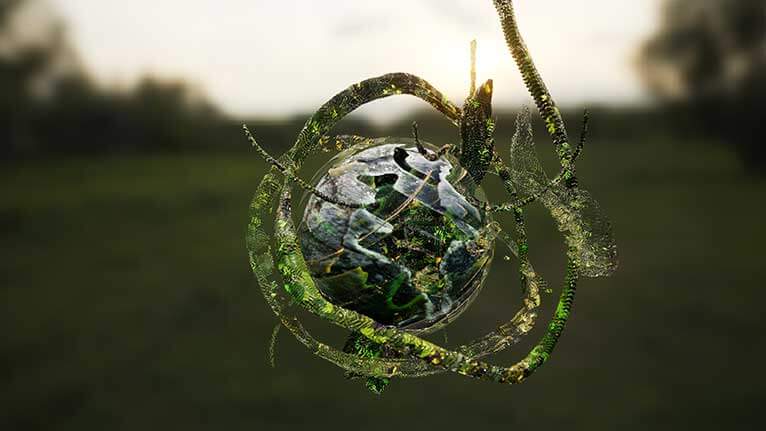 Serpentine Augmented Architecture, opening on July 12th in the Serpentine Galleries, is a first-of-its-kind commission by the Serpentine Galleries in collaboration with Google Arts & Culture and Sir David Adjaye, OBE for innovative architectural structures created to be experienced in augmented reality (AR). The proposal intends to explore complicated and impossible to build constructions through this new medium to envision novel possibilities for future metropolitan development without the restrictions of physical reality. At the intersection of disciplines such as art, computer science, architecture, and design, this ambitious project pushes the boundaries of AR and transforms our view of architecture and the future of cities.

Out of 350 entries submitted, the chosen project is by a Danish artist and art director Jakob Kudsk Steensen. Jakob is interested in the intersection between technology, fantasy, and environmental science. Using VR and mixed reality installations he creates immersive ecosystems inhabited by whimsical creatures merging together the physical and the virtual realms. His practice leads him to collaborate with other creatives, researchers, and different organisations and sets him off on expeditions to find various organic matter which can then be transformed into a digital format using 3D scanners, photogrammetry, satellite data, and computer game software. Kudsk Steensen strongly believes in making the viewer part of the art and considers VR the future of the immersive artform. In his own words “VR to me is part of movements shared with AR, sensory installation spaces, engaging performances and art forms, which makes the audience feel they are part of a space rather than told to analyze it coldly from the outside as an observer.”

Kudsk Steensen’s upcoming project, The Deep Listener, contemplates about extinction, preservation, and the evolution of ecological systems. It takes as its basis the ecosystems in Kensington Gardens and Hyde Park around the Serpentine Galleries and investigates the connection between the plants, air contaminants, and the shrinking bird and insect populations there. The resultant virtual terrain invites the viewers to be a part of it via augmented reality and experience the dynamic complex environments within. The exhibition urges you to concentrate on “deep listening” as you are guided accompanied by spoken word and poetry through the peculiar world of Kudsk Steensen’s imagination cultivating your awareness of your surroundings, the ecosystems and the earth. Kudsk Steensen’s innovative style of narration employing multidisciplinary engagement opens a breadth of new opportunities in the future of narrative artform and immersive technology.

Website www.serpentinegalleries.org/
(Photos courtesy of the Serpentine Galleries and the artist)