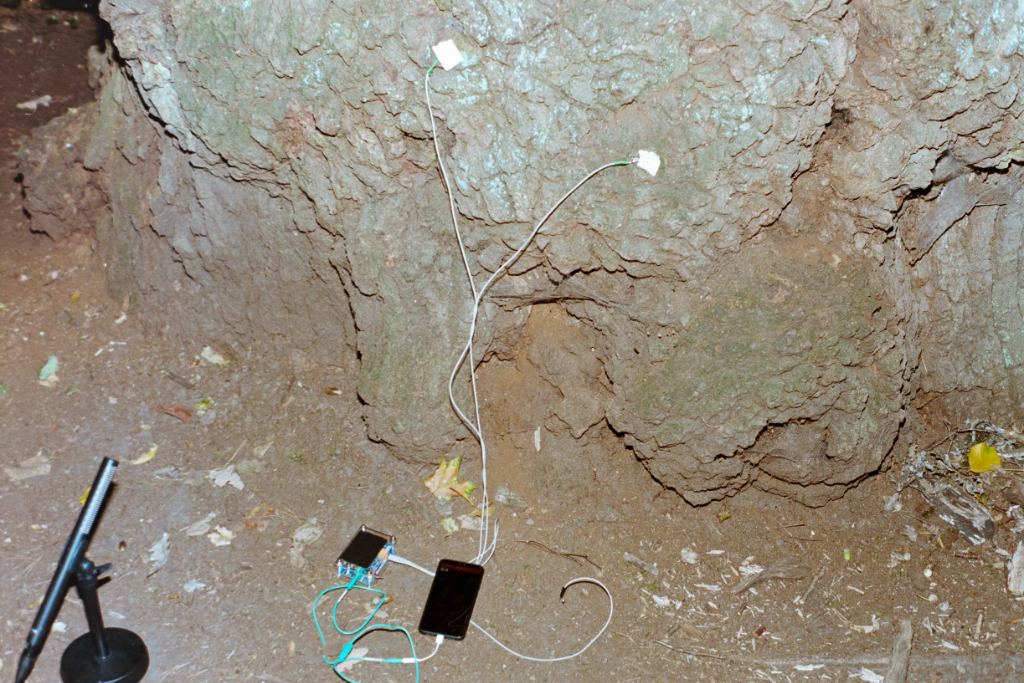 When the pandemic hit, we needed to rapidly reimagine our behaviours, routines and interactions. Now, after a year into the pandemic, those changes, which were so abrupt at first, have almost become a whole new normal. Synchronicities explore the idea that we may never return to a “normal,” and instead, must find ways of navigating our fragile human existence. Who do we need to rely on? How are we to think beyond human-centred reality? What has the last year taught us about interdependence?

Synchronicities, curated by Leoni Fischer and Jakob Kukula, will be showing for April at the gallery space in the B-Part Am Gleisdreick in Berlin. From Wednesday to Saturday, 10:00 am – 6:00 pm; the show can be visited in person by booking tickets in advance. Artists, designers, architects, and scientists have come together to think about coexistence in a post-pandemic world. These creators look beyond the human realm to start the conversation.

The exhibition will open on Thursday, April 1st, via livestream and accessed on the Synchronicities website. There will be an opening performance by Brad Nath, followed by a digital tour of the exhibition space. Brad Nath’s piece, Field Recording (Duet), 2021, documents the collaboration between human and material constituents while producing an amplified paving stone. The stone, which was originally borrowed from Gleisdreieck Park, will be returned during the living performance at the exhibition’s opening.

Terra0 presents a prototype for an autonomous forest, a piece of land that digitally allows for its organization to be decentralized and non-human at its core. Artifacts from the forest prototype are featured in the exhibition. These objects blur the lines between physical and digital realities and ask us to question how technology always reflects the intentions of the humans who have created it.

Helene Peters & Mariano Managò explore the idea of mass-produced living spaces by creating a nesting stone for smaller animals, such as birds or insects, on a human scale. What are the spatial qualities of the habitats as humans design for other species? By centering non-human narratives, Synchronicities asks us to reflect on our own position in a more-than human society.