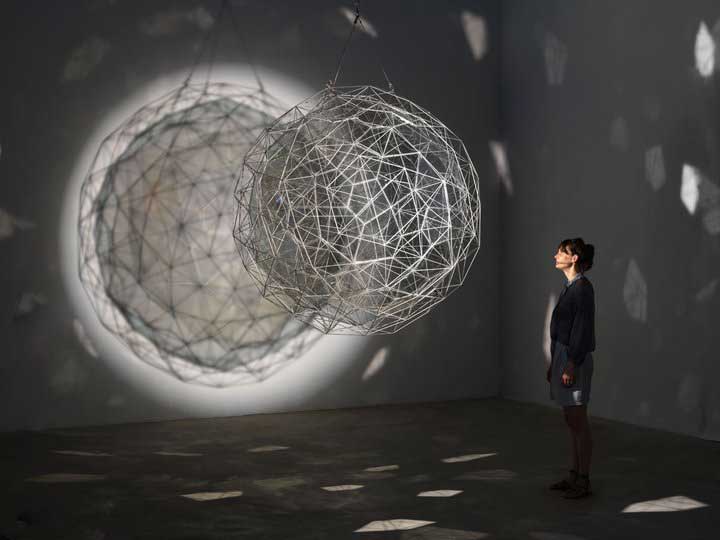 Olafur Eliasson is a Danish-Icelandic artist who, through his art, aims to raise awareness about environmental and social crises. His work ranges across various media such as film, photography, painting, and sculpture. But he is most recognised for his colossal art installations that make use of the elements like light, water, and wind to create immersive ethereal experiences. Seeking to produce art relevant to the current world issues, Eliasson’s projects intend to involve the society at large through installations in public spaces, public art lessons and discussions, bringing to attention the concerns about policy development, sustainability and global warming. For him, the purpose of art is to generate collective action.

Last year at Tate Modern, Eliasson, along with geologist Minik Rosing, set up Ice Watch – a collection of 24 ice blocks weighing up to 5 tonnes obtained after they had broken off from an ice sheet in Greenland due to the rising sea temperatures. The artist hoped that being confronted by the physical reality of global warming and engaging with it directly, rather than seeing it on screen, would alter peoples’ perception of climate change.

This year Eliasson returns to Tate with exhibition Olafur Eliasson: In real life – an extensive retrospective of his 30 works marking 30 years of his career. The exhibit looks back on the important phases in his career, from his explorations of space, motion, and nature to his studies of light, shape, colour, and perception, focusing in particular on works concerning social and ecological issues. Some of these include projects like Green Light consisting of workshops held by different institutions in various countries where citizens and refugees collaborate in building Green Light lamps; and Little Sun that supplies communities with no access to electricity with solar-powered light sources, among others.

In addition to the installation, visitors will be able to live chat with the team in Eliasson’s Berlin Studio, partake in cooperative activities, various public events, and experience a special menu designed in collaboration with the artist’s studio and Tate Eats comprising of vegetarian and sustainably produced dishes. The exhibit culminates with Eliasson’s new artwork outside the museum walls, on the terrace.