Kandinsky Prize winners and participants of the exhibition in the Russian Pavilion at the 57th Venice Biennale of Contemporary Art, artists Andrey Blokhin and Georgy Kuznetsov continue to explore the cultural and visual codes of Homo Virtualis, and his world, in which citation indexes, engagement rates, and the number of people who viewed and “liked” your material are cherished values, and where virtual reality has supplanted religion, wooing away its followers.

In their new project New Nature, especially for Manege, Recycle analyses the transformation of the human personality under the influence of modern technology. They focus on the interaction between man and machine, studying the possibility of telepathy between them. True to the central theme of their work, Andrey and Georgy reflect on the possibility of eternal life inside a network and stage startling and ironic experiments on our human mind.

Also, a separate project website became the virtual dimension of the exhibition and the main portal into the futuristic world of Recycle Group, What inspires the artists? What codes are hidden in their art? What’s happening at Recycle’s studio and at Manege during preparations for the exhibition? What events are planned for after the exhibition’s opening? The website is regularly updated with new audio-visual content.

Likening themselves to metronomes, unfolding their project in three dimensions – the material, the spiritual, and the virtual – Recycle attempts to foresee and foreshadow the ideas that will one day become the foundation of the art of the future.

Recycle describes their show as a reflection on the information age and the present day, where data volumes and transmission speeds are critically important. The project deals with information flow, our ambition to immortalise ourselves in cyberspace, and our brainchild artificial intelligence, which is already changing how we see the world and transforming our customary methods of person-to-person communication. 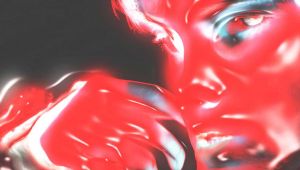 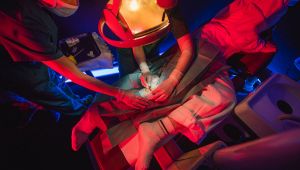 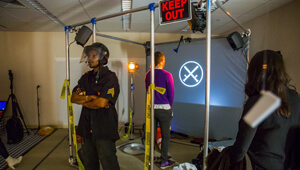