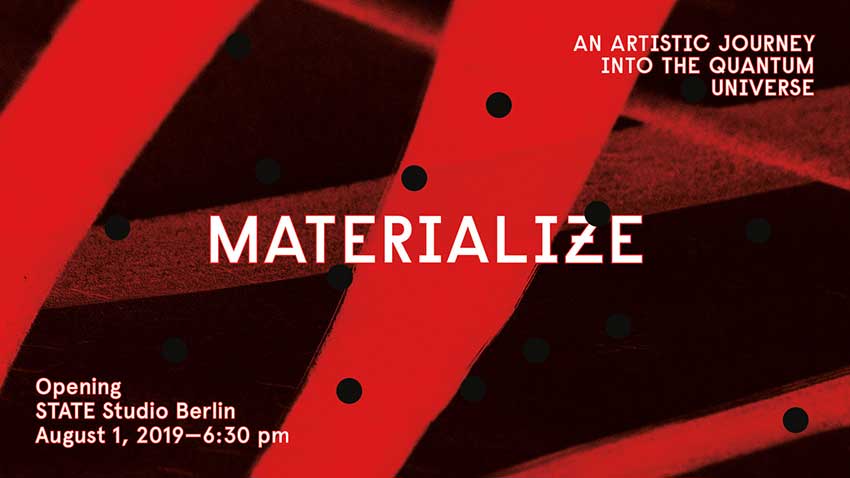 Exhibition: ‘MATERIALIZE, an artistic journey into the quantum universe’ at STATE Studio

The inspiration behind the exhibition is quantum physics. Scientists have been investigating quantum physics phenomena since the beginning of the 20th century but the interest and fascination with quantum physics do not only raise the curiosity of scientists. Artists have found inspiration in science to make their own interpretations of scientific ideas that bring to society complex ideas simple ones.

In MATERIALIZE – An artistic journey into the quantum universe the artistic approaches of Andreas Jungk, Luca Pozzi, Markos Kay and Olaf Schirm reflect scientific tendencies and unfold new approaches on both an aesthetic and a sensual level.

The exhibition is realised in cooperation with Fraunhofer Headquarter Communication and is supported by the Fraunhofer-Network Wissenschaft, Kunst und Design.  The film program is presented in partnership with Imagine Science Films (ISF), New York, an international platform spreading new and experimental works at the interface between science and film.