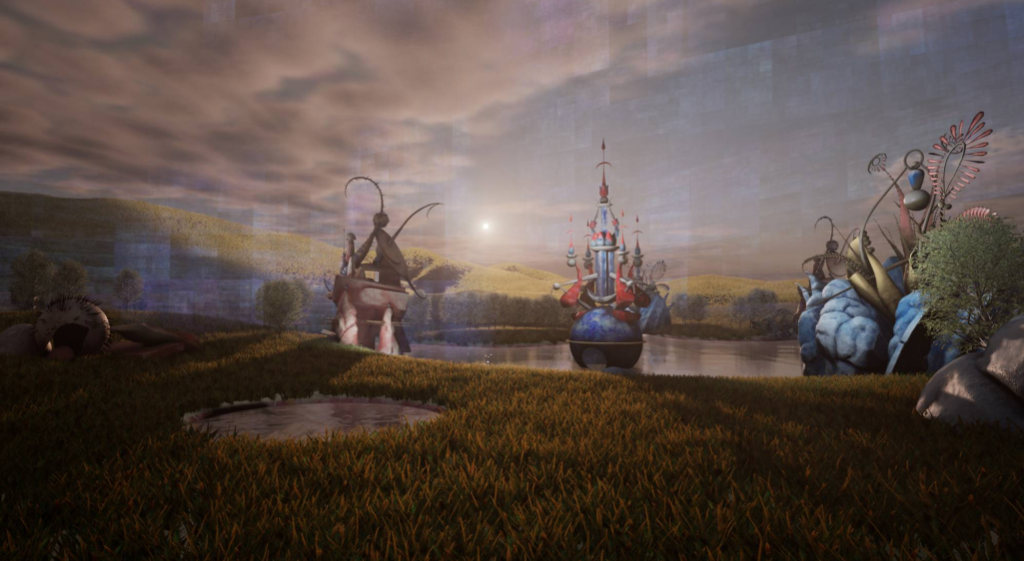 Ent- is a quantum interpretation of the central panel of Hieronymus Bosch’s famous triptych The Garden of Earthly Delights. Visitors enter a black cube in which a 360-degree projection takes them through the layers of Bosch’s painting – sky, buildings and landscapes, and water. Libby Heaney has experimented with self-written quantum code to manipulate and animate her own paintings, merging them with the quantum native images to create hybrid organisms, breathing landscapes and exploding structures. They all come together in an immersive artwork centered around a 360° experience that will unfold to the viewer inside a ‘black box’.

Heaney investigates the positive potential of ‘thinking quantum’. One of its most important concepts, quantum superposition, allows particles to exist in multiple states or places at once. For her, thinking in terms of new pluralities has the potential to break down binary thinking and political polarisation, engendering community thought that might solve global problems as severe as the climate crisis or allow for new paradigms when considering critical issues such as gender identity.

Working with quantum physics can subvert the endless categorizations and control of humans and non-humans alike in pursuit of never-ending profits, causing accelerating alienation. She says.