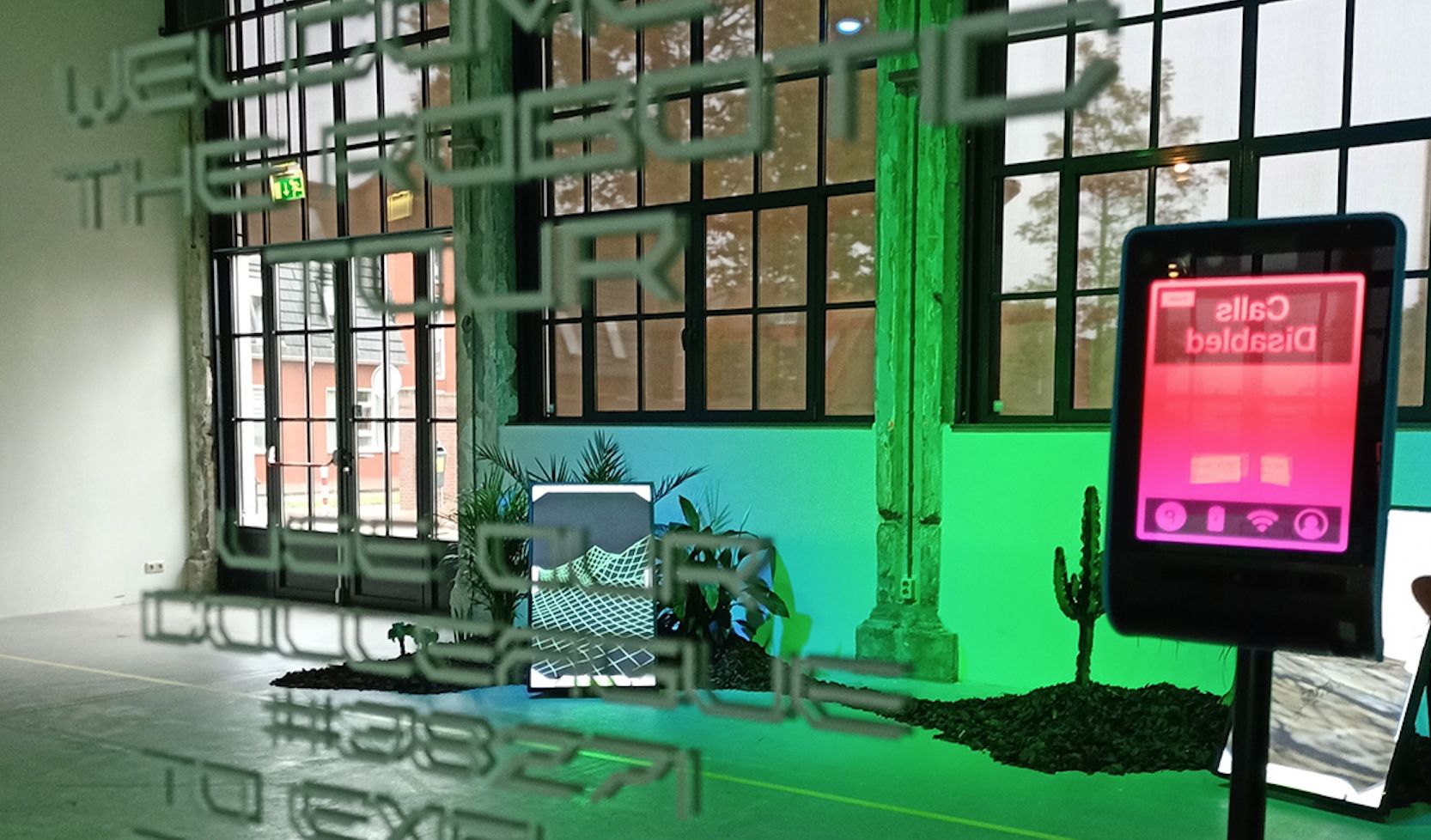 Something that in the internet subcultures circles almost started as a joke or meme – attaching a camera or an iPad to someone’s else body to use it as a mobile vessel for whatever communication or visual purpose-, seems to have been pushed a step further in a new project by Tetem, an artspace in the Netherlands. The gallery has developed a system where their exhibitions are not only accessible physically (every day more and more difficult) and online but also with a robot. Named Double, this remote-controlled robot allows the virtual visitor to explore and experience Tetem’s exhibition space.

The visitor controls the robot from home and decides where the robot goes and what they want to discover. Real-time images and sound are sent via the webcam. Controlling the robot, Tetem says, is easy with a computer or the app. On the other side of the screen, a Tetem employee welcomes and assists the visitors during their visit. The “robot visitor” can also take pictures inside the exhibition space.

Currently, the gallery is showing the exhibition The Factory of Electric Dreams with the robot. In this exhibition, artist and designer Mary Ponomareva takes the public into the world of tech-centred clichés, to create a collective and fresh view of the future, which includes all human beings.

In the shape of a sci-fi factory facility, a video installation and an interactive game experience, the exhibition speculates about a future influenced by the technology called Life Enhancer.

Exhausting the sci-fi/futurist visual aesthetics, the exhibition aims to create a collective and fresh view of the future, and prevents what Mark Fisher defined as ‘cancelled futures’. Should the regulation of technologies belong to the corporations, government, scientists or people? How can we ensure that these technologies are inclusive and go beyond the clichés?

The video-installation takes the visitor through a story about life-enhancing technologies and humans who have become cyborg-like avatars. The game environment acts like a maze of portals and possibilities through which the user can teleport in space and time and ‘test’ possible future scenarios.

The exhibition aims to reflect on the ethical implications of the rapidly developing robotic technologies as well as existential questions of what it means to be human and was developed within Tetem’s program line Driving Technology, focused on investigating the influence of technology on our society and the interaction between man and machine.

The Factory of Electric Dreams runs until 7 March 2021 and slots with the robot can be booked from Wednesday to Sunday between 2 PM – 4 PM CEST.