Erin Solomons is an artist who uses bodily performance and analogue photography to investigate childhood trauma through an emphasis on boundaries between the body and nature. Her artworks concentrate on embodied abuse, interpersonal power dynamics, generational trauma, and behavioural patterns.

In I’m going to carve the truth out of you, on view until October 3 at Nunnery Gallery in London, consists of a range of works that cross mediums, yet have a photographic and performative core. Solomons’ series of works concentrate on self-injury (NSSI) as a means to cope with overwhelming feelings from childhood trauma to explore the boundary of the skin as a battlefield where trauma is negotiated.

For five years, the artist Erin Solomons collected archival materials from the American Civil War, such as photographs and letters. As a part of her research, she creates metaphors from these materials to critically assess generational trauma linked to behavioural patterns. She embedded endurance performance in her practice-based research through being dragged through dense undergrowth, and eventually an American Civil War battlefield; collecting her bodily fluids and combing them with the collodion process (an analogue photographic process); and the audio and visual documentation of animal carcasses being butchered.

Non-suicidal self-injury is the intentional harm towards a person’s self without the intention of death. Particularly, this behaviour can be used as a method to cope with feelings that are linked to childhood experiences of abuse and neglect. 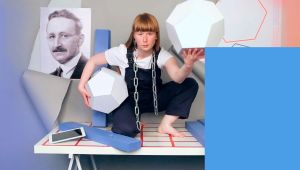