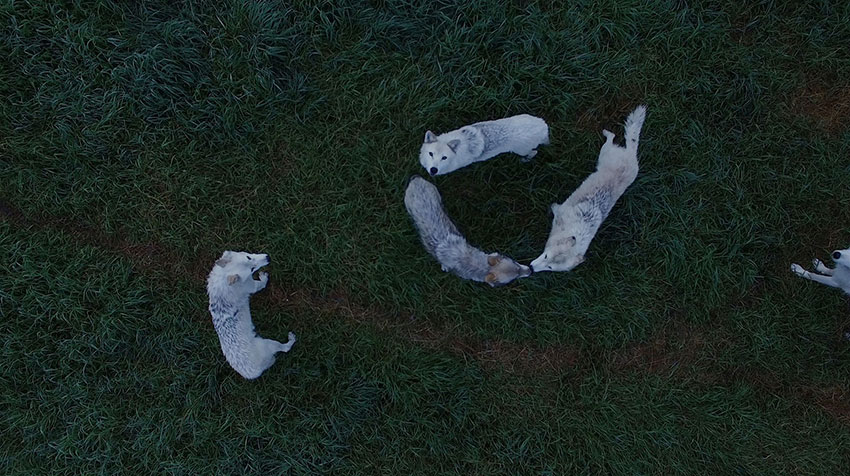 Exhibition: ‘And Say the Animal Responded?’ At FACT Liverpool

After the pandemic standstill,  FACT Liverpool have been able to jumpstart their physical exhibition programme with a show aiming once more to make us reflect on one of the current most popular matters: endangered nature and our relationship with it.

And Say the Animal Responded? which opened on August 12, 2020, brings together the work of six international artists, presenting visitors with face-to-face encounters with the sounds and behaviours of animals from around the planet.

At a time when billions of animals are being lost because of human activity, we still place the interests of humans above those of animals. Studies show that animals feel emotions and have distinct personalities and ways of communicating. Yet, we rarely consider the destruction of habitats and species extinction means beyond their loss to us. As we emerge from this period of isolation and refocus our attention to a rapidly changing climate,

And Say the Animal Responded? creates a space for the voice of the animal that we have gained a greater awareness of during this time by immersing visitors in animals’ sonic lives: from an ocean choir of whales and dolphins recorded by hydrophones to the quiet interactions between wolves captured by a drone camera, to a living colony of leafcutter ants ‘scratching’ music in the gallery. Something that some of the artists in this exhibition have been working on for years.

FACT’s new Director/CEO Nicola Triscott is also the curator for And Say the Animal Responded? Featuring a series of artists’ film and sound-centred installations that capture the animal voice through human technology, even (using machine learning and artificial intelligence) those of animals that have recently become extinct. The show takes its title from philosopher Jacques Derrida’s essay of the same name, in which he challenges any clear boundary between human and animal. Triscott says: “At a time when we need to rethink our relationship with the planet, it is timely to consider the nature and rights of animals. The exhibition brings visitors into close encounters with ‘non-human’ animal intelligence and communication, prompting questions about whether humans are truly distinct from other animals and our responsibilities towards them.”

One of the central pieces is a new installation by Mexican artist Ariel Guzik, that includes sound, drawings and sculptural works. It expands from a long-term research project, which sees him communicate musically with whales and dolphins in the wild using his instrument, Nereida. Guzik designed the submersible musical instrument Nereida to connect with ocean mammals – in the deep sea, its subtle sound vibrations invite a chorus of responsive sounds from whales and dolphins; in the gallery, the instrument’s music and the recordings of this cetacean choir reverberate through space. Alongside, Guzik premieres his new film, charting the expedition of his latest instrument Holoturian into the depths of the Pacific Ocean.

And Say the Animal Responded? runs until December 13, 2020