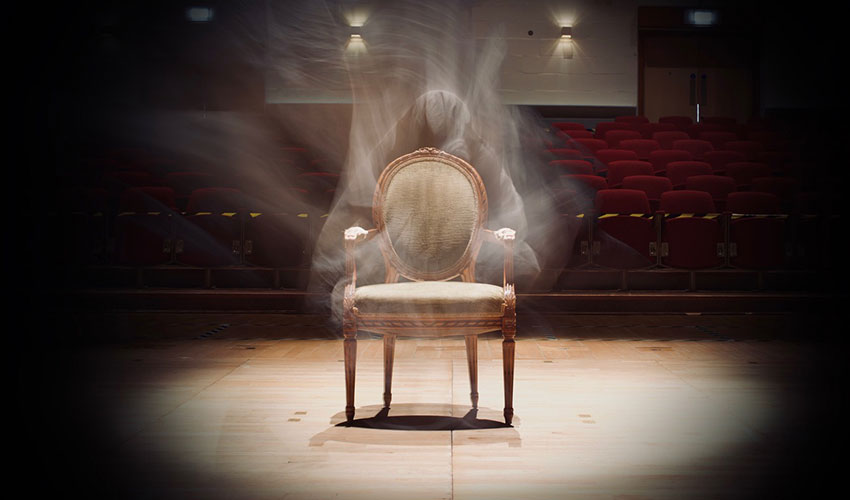 International new media arts organisation York Mediale is returning to the city of York (UK), for the second time with six major new commissions, including five world premieres and one UK premiere. From 21 October and continuing into the New Year, the programme of events will take place in local neighbourhoods, online and at major cultural landmarks York Minster and York Art Gallery.

York Mediale has also launched two calls for participation. Firstly, a call out for 50 members of the public to feature in a major piece that will be a memento for the times we live in. Secondly, in collaboration with York’s Guild of Media Arts and nine other UNESCO Creative Cities of Media Arts, they are launching a callout for local artists, worth £2,500.

The festival audiences will discover how the human body is hardwired, synchronised and inextricably linked to nature; experiment with a new form of performance; and explore the invisible transaction between a person and a piece of art and how WhatsApp has shaped communities for the COVID generation at this year’s diverse, digitally engaged and mentally stimulating event.

For Absent Sitters (21 – 25 October) one of the UK’s most vital contemporary voices in electronic music – Gazelle Twin, in collaboration with artist and filmmaker, Kit Monkman and the University of York, Music Department (UoYMD), experiment with a new form of performance. In an intimate, shared event audience will be guided by a performer medium to investigate what is a live performance in 2020. The audience, taking part via video call, will become part of an online audio-visual experience that examines the power of ‘collective imagination’ and the importance of ‘presence/absence’ in a live event. Are we live? Can we connect? Who are you?

Good Neighbours (21 – 25 October) will show work by Amsterdam-based affect lab (interactive artist Klasien van de Zandschulp and researcher Natalie Dixon),  based on research into the micro-politics of communities and the increase in WhatsApp neighbourhood watch groups through lockdown. Individual audience members will use their own mobile devices as they immerse themselves in a weirdly familiar fictional documentary walk alongside live performance, taking place in a soon to be confirmed area of the city.

People We Love (2 – 29 November ) includes a new commission from creative collective KMA. Positioned in the nave, this new temporary ‘congregation’ at the Minster will be made up of a collection of five large high definition screens which will show a series of video portraits, focused on people that have been filmed looking at a photograph of someone they love.

And lastly, Human Nature (21 October – 24 January) is a triptych of installations jointly curated by York Mediale and York Museums Trust. Embers and the Giants from Canadian media artist Kelly Richardson is a short film which explores human intervention through thousands of tiny drones mimicking a natural spectacle, suggesting a time when we will need to amplify nature in order to convince the public of its worth. The Tides Within Us a new commission from one of the world’s leading immersive art collectives, Marshmallow Laser Feast explores the journey of oxygen from lungs to the heart and body in a series of installations that echo the ecosystem within nature. and celebrated fine artist Rachel Goodyear continues her exploration into animation based work with Limina; a series of animations supported by her intricate drawings.

Website https://yorkmediale.com/
(Picture courtesy of Your Mediale and Gazelle Twin) 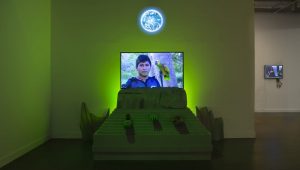 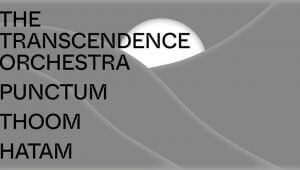 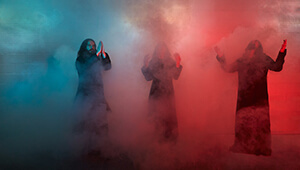