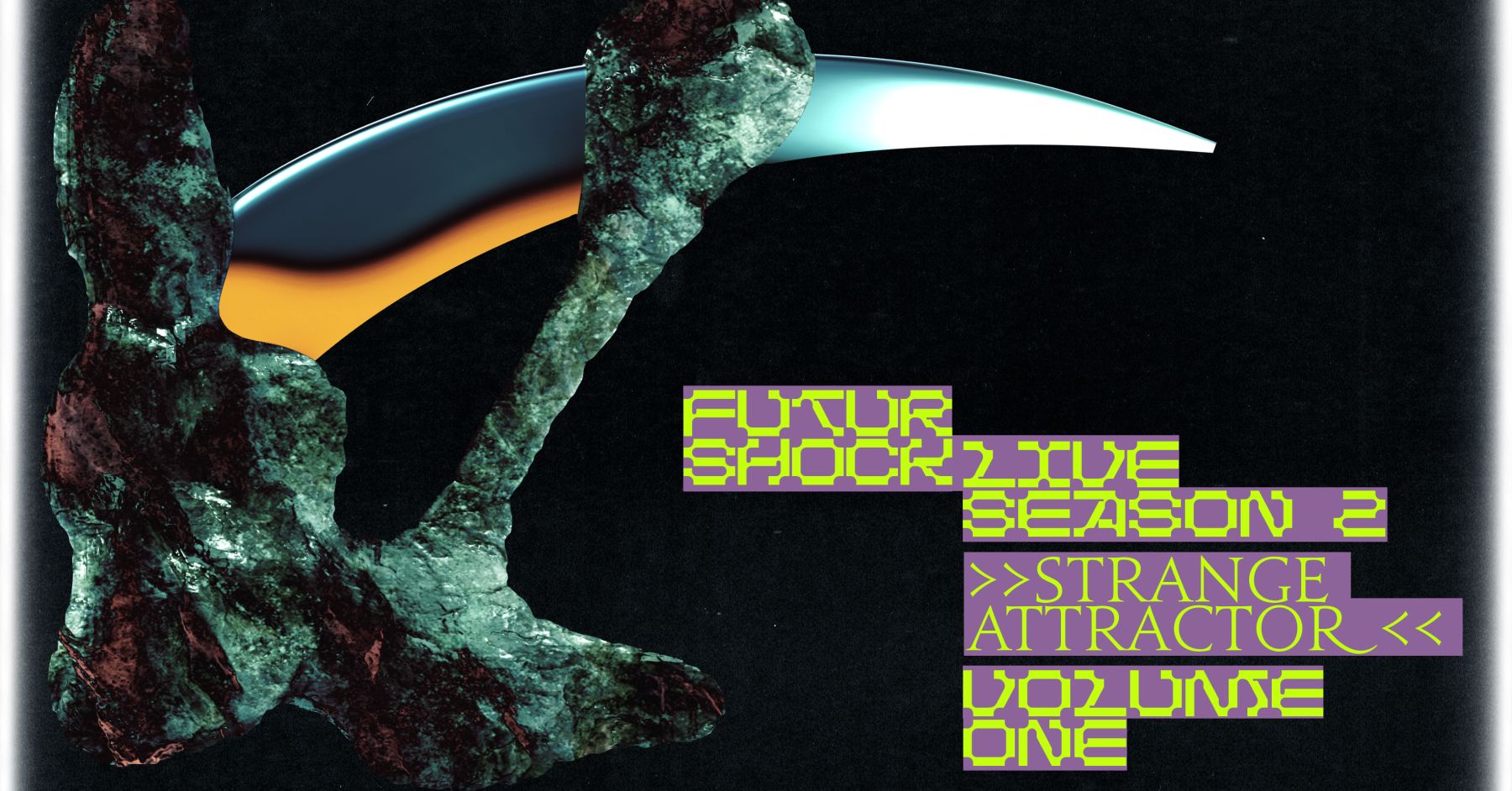 Futur.shock, one of the most exciting series of live music and performance shows in London, is back with its new season. The monthly event series, this year named Strange Attractor, will continue Futur.Shock‘s quest to dissect, explore, research and make sense of our recent confrontation with futurity whilst helping us to understand more effectively and collectively our own creative adaptability rate.

Futur.Shock LIVE’s programming, embedded within the net of FOLD, one of the most innovative London clubs, aims at a collective recalibration and reflection of our recent experiences, merging disciplines, generations, time zones, technologies, science fiction, absurdism and digital culture. Season 1 left its audience eager for more, and it feels the community around it is looking forward to its return.

Karolina Magnusson Murray, the brilliant curator (and artist) behind the project, shares that Strange Attractor is a term within physics & mathematics that describes the behaviour of chaotic systems. The term is synonymous with futurology and was referred to by Terrence Mckenna as the transcendental object at the end of time. Her aims for the new season are to embrace hyper-complexity, futurism, multiplicity, unconventional and futuristic thinking within different communities and demographics, as well as the politics of mental health, critique and existential risk. It will also continue its aims to facilitate cross-industry / cultural community building and collaboration, something that, along with FOLD, they have been nurturing since their early days.

Trans-disciplinary and experimental approaches to new media are at the heart of their programming. Curators, collaborations and artists will respond to this season’s overarching theme, Strange Attractor, but each month will also focus on its own theme that draws upon the subjects listed above. Season Two will be divided into two Volumes. Volume One will run from September to December and Volume Two from January to June.

Live light activations, futuristic digital dystopian audio-visual performances and installations, Avant-Garde electronic music, Sound/Noise Art analogue and digital technologies will interact into coherent, dark and multi-sensory experiences attempting to confront the terrible foundations of being and find meaning within absurdity. Karolina also shares that she expects that this highly charged live programme will create a new fertile environment for an experimental, audio-visual, multi-sensory journey that will act as a type of transcendental mediator to “the future”, both psychologically, metaphysically, physically and digitally.