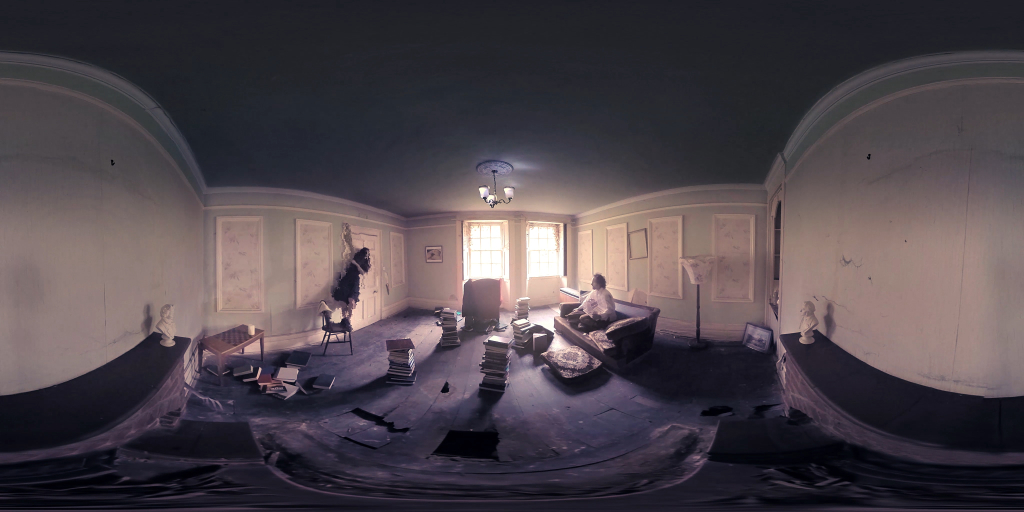 AΦE is a UK-based dance company founded by Aoi Nakamura and Esteban Lecoq. AΦE has strived to rethink live performances and reinvent audience participation since its inception. In 2017, AΦE premiered WHIST, an ambitious experience merging Physical Theatre, Mixed Reality Technology, 360 ̊ interactive film, soundscapes and an architectural art installation.  With WHIST, each individual enjoys a unique journey that captures their gaze and brings them into a world inspired by Freudian case studies and Japanese artist Shuji Terayama.

WHIST tells the story of a family – their dreams, fears and desires are unveiled through physical theatre. Audiences will wear a VR headset, and interact with objects around the space, exploring each family member’s perspective how they choose to – there are over 70 paths to take. We had many conversations with psychoanalysts working at the Freud Museum and were introduced to several patient case studies. We thought: ‘What if those patients formed one single family?’ And there we were, completely immersed in their worlds…Freud’s own theories about fears, dreams, symbolism in dreams and the notion of the unconscious are just the beginning.  Esteban & Aoi explained.

WHIST implements interactive elements, subtly woven into the film to effect unconscious decision-making. This puts the production at the very forefront of immersive storytelling innovation – leaving the strings that bind and pull at all times invisible. Regardless of the choice being on either a conscious or an unconscious level, however, one thing is clear: once a decision has been made, the story’s perspective will be drawn in one direction.

As always, we are both attracted by the unknown, and we wanted to exploit the full potential of VR to achieve a total immersion of our audience. The audience, in fact, is the live element of the performance. Everything else exists according to its individual decisions. The viewer is his own director. His decisions influence the entire perspective on the story. We hope people will leave with a strong sense of the narrative possibilities and their implications; we hope people will think about the many other ways of looking at things. We all have the tendency to forget all this in our daily lives. They continued.

WHIST runs from 26th until 30th October at The Coronet Theatre. Tickets can be found here.