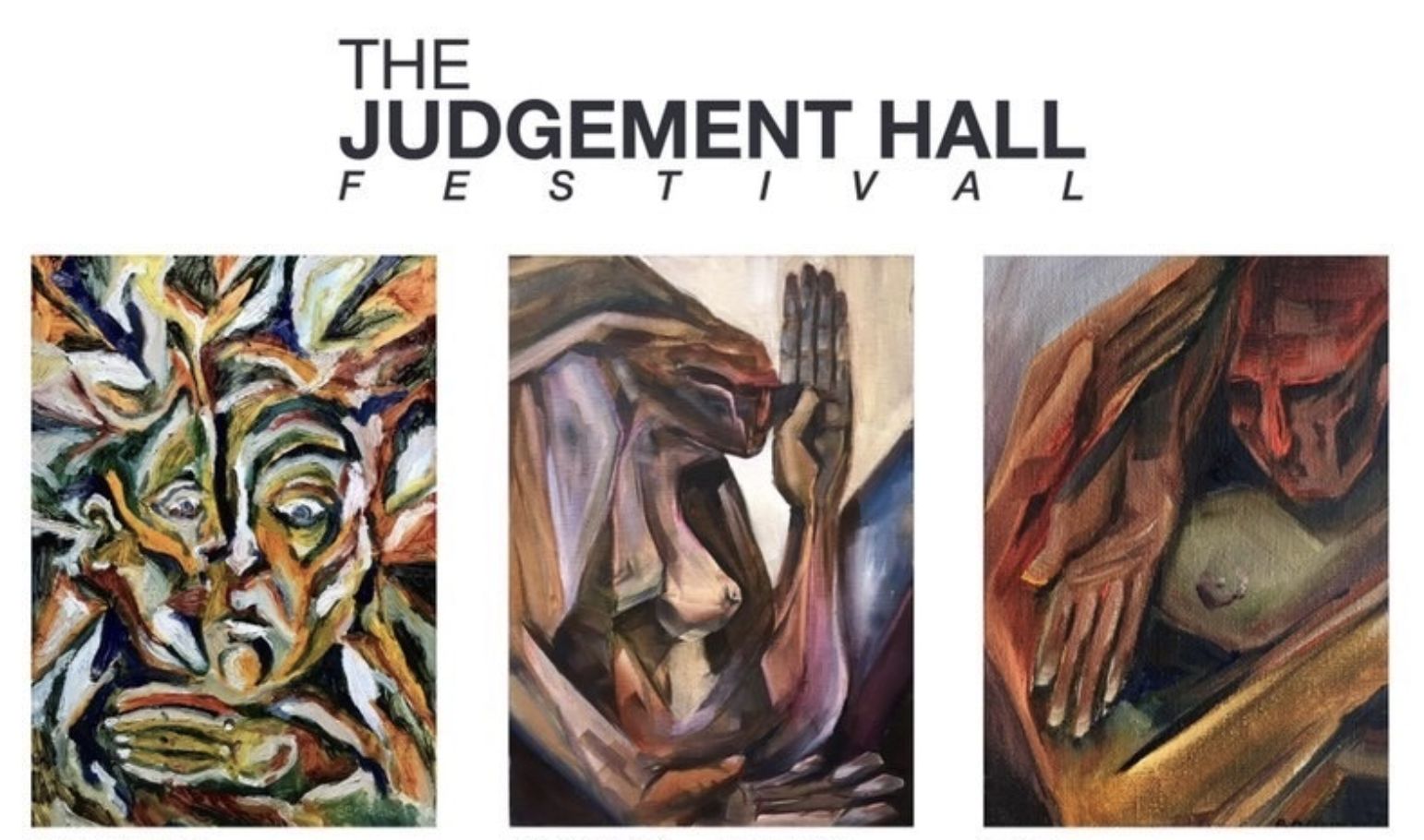 The first day’s opening act will be a psycho-mythological horror soundtrack from Ural Umbro, inspired by cinematic journeys into madness sounded in ‘Mandy’ (2018) or ‘Suspiria’ (1977). Finnish/Swiss doom jazz trio is coming to London, especially for the Judgement Hall. They will probe down-tuned musical obsessions led by vocal forms of spitting, screaming, pleading and crying that “slowly weave their way through dark melodies, epic drones and multiple feedback doom mantras.”  Later, synth and percussion of Ural Umbro will transit into harp solo by Anna Pesquidous Umana, inviting physiological interventions. Eventually, a notorious body-noise act, the Body of Reverbs, will embody sounds with a corporeal submission of a flesh surface butchered by amplified needles of Servadio.

Moreover, the obscene penetration of the skin with his electric tools, extended by theatrical audiovisual effects of Brunello & Karl Verboten, will be accompanied by medical assistance of the Judgement Hall’s mastermind Lupus – what altogether shall present nothing short of neo-baroque operating theatre if not a parareligious martyrdom figuration. Touching gently on cannibalism, this superb body mutilation feast will open a stage for the final sonic movement from brilliant Sadler’s Wells own choreographer Magnus Westwell, who interrogates frantic body and sound forms in search of co-existence of orchestral textures within dense electronic soundscapes. Inspired by a collection of folk, romantic and minimalist styles, Westwell creates sounds together with dance. Thus his gestures will naturally close the first evening with violin music performed based on his signature body movement-interpreting scores.

The second day offers an indulgent marathon of six live acts and three exquisite exhibition treats. An exclusive exhibition by Paraphilia Collective documents a parade of sadistic dominas riding their gimps alongside clandestine tied-up body clusters and neurotic visual analysis of certain bizarre physiological fixations or obscene visual statements. In order to introduce a rather anthropological perspective on kink, the Judgement Hall festival curates a unique showcase of the rarest recordings from the UNESCO collection of Traditional Music of the World alongside transgressive Tokyo arthouse cinema, selected by fondly celebrated London-based butoh ankoku icon Chadd Curry. Born from the counterculture tradition of Japanese psychedelic rock Bo Ningen’s new act Night of the Stick Man (feat Matt Kwasniewski) will debut as a headliner of the mid-day.

The final evening will open with a screening by Nicol Vizioli Quattro Movimenti: A Study of Scelse with a soundtrack composed by the London Contemporary Orchestra. The author of the film is a striking visual anthropologist who builds hyperbolic narratives from vivid body close-ups. He portrays primal elements and bestiality of dancers and earthy materialities within the semi-mythological landscape of Iceland, with its images of “ice, bubbling geysers, flesh, eyes, scales, hooves and fur.” Afterwards, the headline music act Sum of R will perform their sound philosophy of ‘still life’ that paradoxically aims at vibrant compositions of ‘death objects’ and plays with the sonic impossibility of silence.

Five the Hierophant, the ultimate psychedelic metal band, will follow with their pompously staged ceremony of gloomy cloaks and proud brass instruments, only to lure us into the bottom of the festival echo chamber. Down there, at the very last of the profane festivities, Vera Spektor will navigate his sonic interzones, creating an idiosyncratic resounding system for the doom rites of the London underground. Come to East End; the Judgement Hall has yet to tell their story.