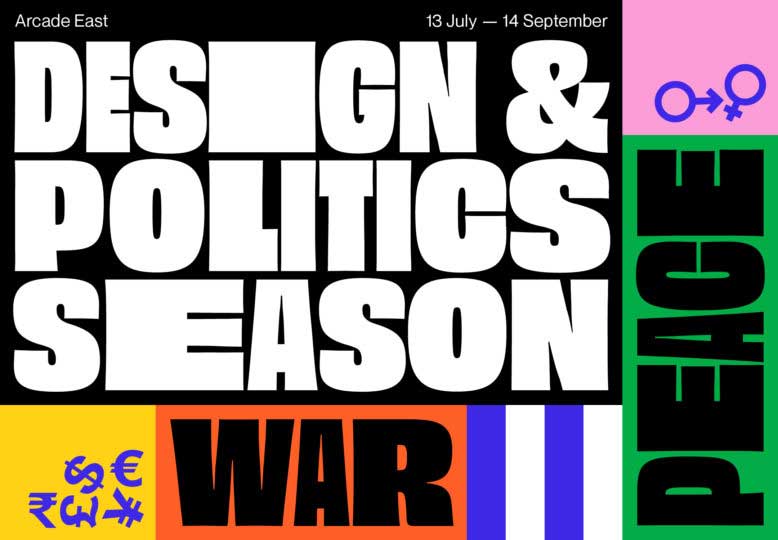 Arcade East is a new exhibition space located in Hackney (London) created to focus on innovative forms of art and digital practice. Every summer Arcade East embraces a new theme and puts forward a season of events, exhibits, and workshops displaying innovative work across a range of different spheres from science and design to philosophy and politics. Arcade East works with a variety of contributors including students and researchers to introduce and explore a wide array of concepts and ideas. This year they will be collaborating with various associates to produce an interesting series of public activities such as screenings, workshops, pop-up kitchens, and immersive performances.

This summer Arcade East presents a free program of events centering on the theme of Design and Politics which reflects on the anxiety-inducing uncertainty of the present-day political climate, explored from global and local perspectives alike. A number of artists, activists, performers, and different groups will present their take on the expansive theme with a variety of activities and initiatives across a range of diverse media including performance art, film, poetry, music, installations, and fashion, among others. The theme also explores what it means to be a young adult in the modern-day world and the breadth of the issues we all face from worldwide ones like climate change, the refugee crisis, racism, and marginalization, to more personal concerns such as body image, gender identity, and self-expression.

The season opens with Bored of Borders Workshop by ME & EU organised by Just Friends. In 2016 designers Nathan and Sam T Smith presented at the Design Museum in London the project ME & EU, a collection of postcards created by UK-based artists which were sent around Europe in order to aid with the public’s frustration and help people in the UK and the EU have their voices heard and reconnect in the post-Brexit world.

This summer ME & EU returns with a new iteration. The workshop is a reaction to the general atmosphere of isolation and disconnection in the aftermath of the referendum as voters in both camps reexamine their decision and the public struggles to deal with the consequences of the vote and envision a new future of Britain. Visitors are urged to write postcards to connect with others and discuss their feelings on a personal level thus avoiding the customary political rules of communicating sensitive topics.

The event season will be running between July 13th and September 14th, 2019.