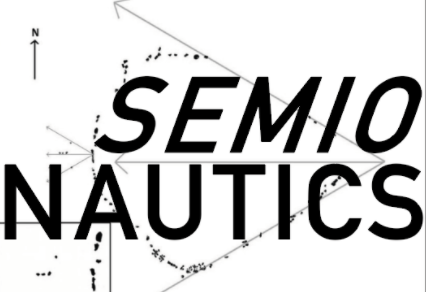 A terrier-mix dog by the name of Nipper is sat listening to a gramophone, ears pricked, with a quizzical look on its face. This 1890s painting by Francis Barraud is also a well-known image which features on every record produced by the label HMV — short for His Master’s Voice. In the lesser-known 1968 science fiction novel of the same name, Polish writer Stanislaw Lem muses over the prospect of deciphering messages from outer space. By titling his book to invoke the image of Nipper, Lem draws a parallel between the dog’s attempt to recognise his master’s voice which is mediated by the foreign technology, and man’s persistent attempts to read a ‘letter from the stars’… In his consideration of the very possibility of communication, Lem continually comes up against one major stumbling block: the question of perfect translation, and technology’s role within it. Echoing Marshall McLuhan’s famous quip ‘the medium is the message’, Lem attests that ‘the relation that exists between the carrier of information and the information itself can be multivalent and tangled.’ With this in mind, Lem examines the very limits of intelligence itself: the point at which even advanced science, technology and other well-developed means of apprehending the world around us fall short.

Finding the forecast mistaken and getting caught in a downpour may be unpleasant but it’s hardly uncommon. Take a look at today’s weather report and you’ll find another, more “quotidien”, example of our remarkable efforts to predict and interpret natural events, and incapacity to accurately do so. Meteorology, the science which works to systematise the weather, is constantly improving and yet will never be perfect. Weather events that were once understood as isolated came later to be understood as expressions of integrated complex systems. An event that may have once been understood as a miracle or omen came to be understood as information; from the noise we learned to read signals, or so we thought.

Could it be that how we decipher messages tells us more about ourselves than about those messages? That ‘the “letter from the stars” was, for us who attempted to decipher it, a kind of psychological association test, a particularly complex Rorschach test.’ (Lem, 1968) Increasingly, we’re made aware that we ourselves, along with our interventions and interpolations, are prime drivers in the vicissitudes of world history and current affairs. Although technological determinists and Silicon-Valley solutions will have us believe that the answer to anything lies in the promise of innovation and advancement, that improvements to efficiency, regulation and predictive modelling will help us to overcome chance… It is likewise hard to deny that our species is the most mercurial kind of natural event. We are our very own wild card — an unaccounted for complexity overwhelming the simplicity of supposed rational thinking. As Yuk Hui writes in Algorithmic Catastrophe with respect to the late Bernard Stiegler: ‘[t]echnics, which aims to overcome contingency, also generates accidents.’ If this is true, singularity, the hypothetical totalisation of a system represented by perfect convergence, may actually be only an elongated “turning point” which, at later stages, again diverges. We hastened to regard ourselves as controllers of our own fate, masters presiding over this earth… but lest we forget, ‘the contingency of the laws of nature always comes from the outside, meaning that the system cannot be totalized.’

Semionautics Report: Eclipse is an audio mix and work of fiction set in the near future, which takes the form of a radio “special” on eclipses. In it, different eclipse readings are counterposed to produce a meditation on the inalienable desire to order, and our fraught attempts to render meaning from indeterminacy. Our interest was to make a self-conscious yet playful piece which, following Lem, addresses questions of our place in relation to translatability, communication and technology. A game of verisimilitude informs its format and structure, which is only ever kept in check by an intermittent, meta-narrational force: the radio host, a non-human entity with a voice in dubious female likeness.

Words and sound piece by Elaine Tam and Andrew Copolov

***This work was produced as a response to ‘Untranslatable: Miracle, Affect, Oblivion’, a seminar series and part of Summa Technologiae, by E-flux and Adam Mickiewicz Institute. Special thanks to Ed Keller, Carla Leitão, and Julieta Aranda. 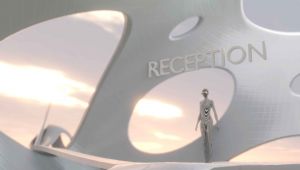 ‘Posthuman Island: the story of a whistleblower’s cry for help’ by Cultural Policy