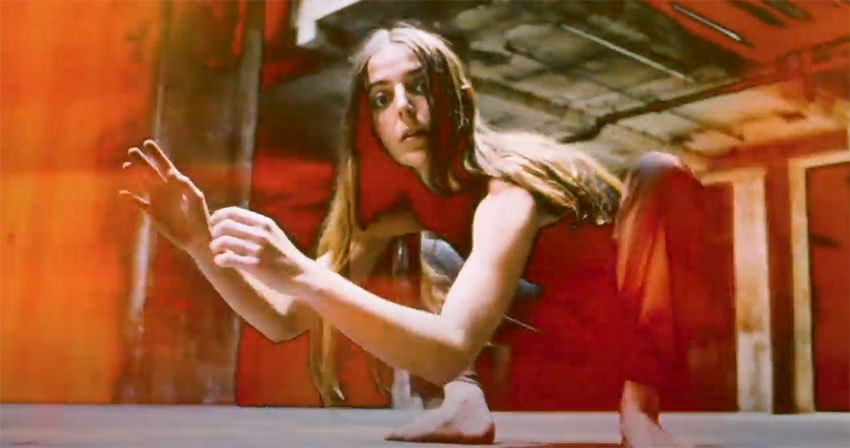 Candela is a force of nature capable of turning movement into poetry. In her work, she fuses humour with the grotesque, as she contorts her limbs in her pieces she bends the hypnotised viewer’s mind. In this coming together of creative worlds, Lucrecia allows Candela to interpret her own meaning resulting in a haunting somatic representation of Seca.

Lucrecia shares: “Candela approached me over a year ago to think about a collaboration for one of her pieces that we haven’t been able to pursue yet, I became an instant fan of her work and wild, raw, genuine performance art and thought she’d do a fantastic contribution to No era sólida. Her take felt corresponding to the mood of the song. And we built a certain emotional narrative by picking some of her moves by unveiling the space throughout the video piece.”