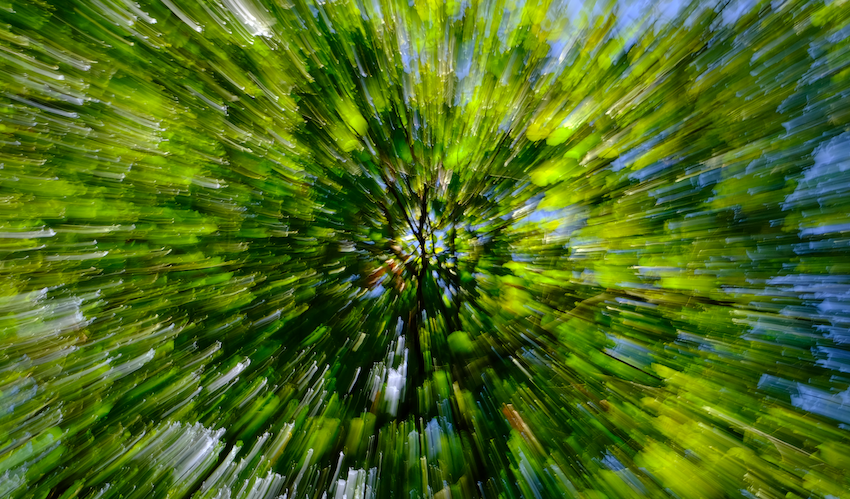 James Ginzburg, one half of the industrial-experimental duo Emptyset, has wrestled with extremes, tearing apart techno and harsh noise frameworks and re-assembling them with endearing passion. Running the Subtext label, he is launching May his solo album crystallise, a frozen eye; a patient, meditative album built slowly and pointedly around largely repurposed folk instruments.

CLOT Magazine is premiering the video from the track absence intact.

Talking about the video and the featured sound piece, Ginzburg shares: I used to stare at the wall and try to understand why it was solid — my sight wasn’t solid, it was light and intangible, and so I thought surely whatever my sight was comprised of must also be as light. I would push my fingers into the wall, over and over again and wonder when it would finally reveal itself to be vaporous. Conversely, I always experienced sound as solid, an object — something that was more there than light. I wanted the sound to be more and more vivid, more and more embodied… extended in time like a tree in space, and for the speed of light to finally reveal itself to be a stasis in which everything expanded in the stillness.

Written in the fall of 2020, crystallise, a frozen eye brings up universal themes of isolation, safety and mortality, but traps them beneath a veneer of archaeological curiosity. In looking back to the sounds and textures of pre-Christian Europe, Ginzburg occupies a space that falls outside of current cultural trends. His music instead reflects our shifting relationship with time, inspiring us to contemplate memory, repetition and stasis.