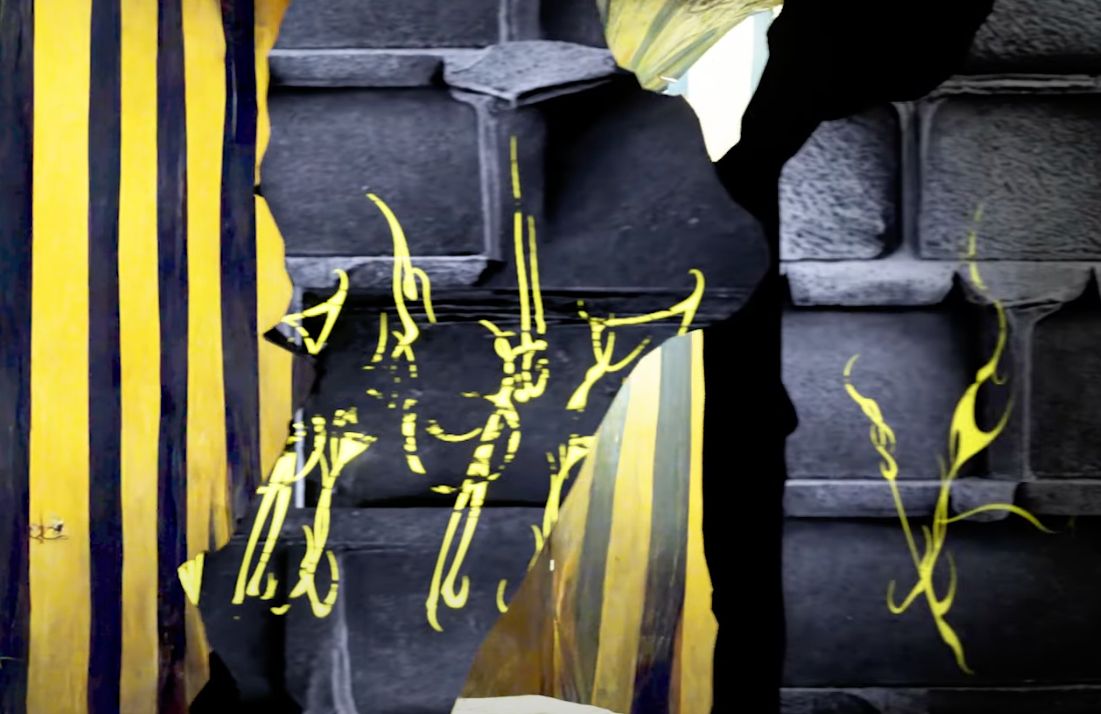 Heith is an artist and musician based in Milan. During the last decade, he has investigated the many possibilities of sound in different directions, from rave music to ambient and electroacoustic, also incorporating the influence of different instances of traditional folk music and ritual music. Heith has an upcoming album X, Wheel on Bill Kouligas’ PAN, due out on October 7th.

The track title Dero comes from the informal name of the inhabitants of the lost civilisation Lemuria, according to the writing of American “outsider” artist Richard Shavers. This visual mythological phantasy furthers the tale, inspired by the architecture and films of Robert Weine, who is most well-known for his expressionist silent film The Cabinet of Dr. Caligari. Following along in this style, the story behind Dero takes place in a liminal world after the fall of a city, an underworld where reality becomes mythological again, and the coming of a new language is awaited in a desolate post-human scenario.

The video was directed by environmental design studio DECLINO, founded by architect Andrea Belosi and game designer Alessandro Bertelle. It features unknown letters and symbols belonging to a mysterious language scroll on the walls of the ruins. The language was developed by Heith and Pietro Agostoni and called “Angel’s Hair”, an asemic, non-linear script acting as a vehicle for ineffable communications, subconscious manifestations and cybernetic divination.

Heith’s devout interest in the notion of reality started long before he recorded his latest album. The Italian musician, producer and artist probed the spiritual aspects of sound and its cosmogonic potential already in his previous works released on his own Haunter Records label.

Exploring the textures of consciousness through research into ritual animism, he kept an omnivorous and universalist approach to cultural and sonic influence. This is central to X, wheel, Heith’s debut album and first release on PAN. It’s a deep dive into his creative and spiritual practice, one where art and life are inextricable.