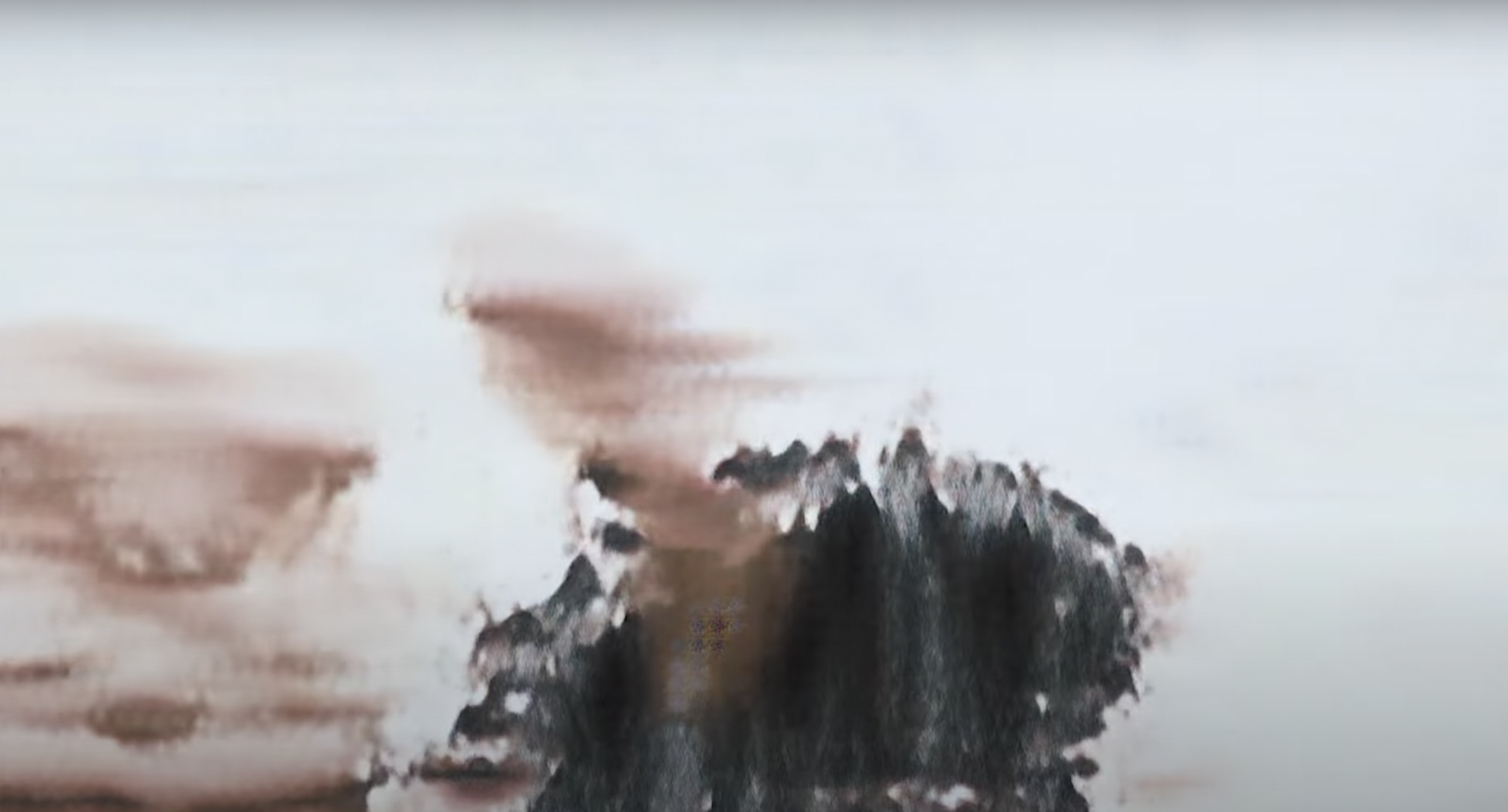 Hatis Noit is a Japanese vocal performer from Shiretoko in Hokkaido, Japan. She is releasing her debut album Aura on June 24 (Erased Tapes, 2022). We are presenting a new single, Angelus Novus, with an AI-generated music video by visual artist Yuma Kishi.

The track title, meaning ‘New Angel’ in Latin, is named after a monoprint by the artist Paul Klee, which appears in the German philosopher Walter Benjamin’s essay Angel of History: When I wrote this song, I remembered this image of an angel flying against the rough winds of history, which resonated very strongly with me in regards to both personal and social struggles. The song has a very intimate, introverted outro as I wanted it to end with a place of healing, Hatis Noit recalls.

For her practice, Noit is inspired by Gagaku — Japanese classical music — folk music, operatic styles, Bulgarian and Gregorian chanting, as well as avant-garde and pop vocalists to create her inimitable style. Aura is the result of years of perfecting her craft after witnessing a metamorphic moment which marked the realisation that singing was her vocation. This musical awakening took place at the tender age of sixteen during a trek to Buddha’s birthplace in Nepal when she came across a female monk singing. This monk’s otherworldly sounds moved Hatis Noit so intensely that she was instantly aware of the visceral power of the human voice; a primal and instinctive instrument that connects us to the very essence of humanity, nature and our universe.

In the video for New Angel, directed by Yuma Kishi and his A.I, Yuma creates works in which the digital intelligence and the analogue body are always placed in a parallel relationship. Hatis Noit wanted to explore borderlines and fluidity after being confronted with the self-alienated sensation she feels like a Japanese individual living in the UK. Maybe an angel of history closer to the one envisaged by John Akomfrah in his seminal Last Angel of History.

Sometimes being mistaken for Chinese she wondered ‘what makes us different?’ or ‘Is there any borderline?’. Elaborating, she explains: “Sometimes the answer is ‘yes’, we are different and unique, but then also I found that sometimes we have something in common, or sometimes we even feel we are connected through our genes somehow… ‘where does one end and another begin?

For the video making, she also invited two other performers from Japan, a male and a transgender person. We all have black straight hair, fringe, similar body shape and height…she continues– so we all could look similar (in fact sometimes people in non-eastern Asian countries say we look similar, which actually doesn’t really make sense to me), but obviously we are all unique.

Through those three figures, Noit wanted to show the apparency and fluidity of our borderline visually as well,  through the united and mutated image of the different cast by Yuma’s artificial intelligence without prejudices.

On the more technical side, the music video uses the machine learning technique GAN (Generative Adversarial Networks / Adversarial Generative Networks), which allows AI to generate images. GAN is designed to generate “authentic-looking images” by pitting two AIs against each other: a “counterfeiter” AI that generates images that resemble what it has learned, and a “policeman” AI that determines whether an image is real or a fake generated by the AIs. Yuma Kishi received his master’s degree for this “GAN” by researching a method of generating images using random noise filters, which is different from the conventional approach of using matrix operations, called convolution processing.

Noit also tell us that when she found Yuma’s artwork, she thought this would be perfect to visualise her struggle of self-alienated feeling since I moved to the UK and its healing process: I remember, in the early time I struggled with that my Asian appearance made me feel like I’m not welcomed here in town even though everyone around me was so kind and helpful. But in the end, I now feel more comfortable about it as I realised ‘yes, we are different, but also, we share the same emotions, sensations and even genetic memories too as the same species.