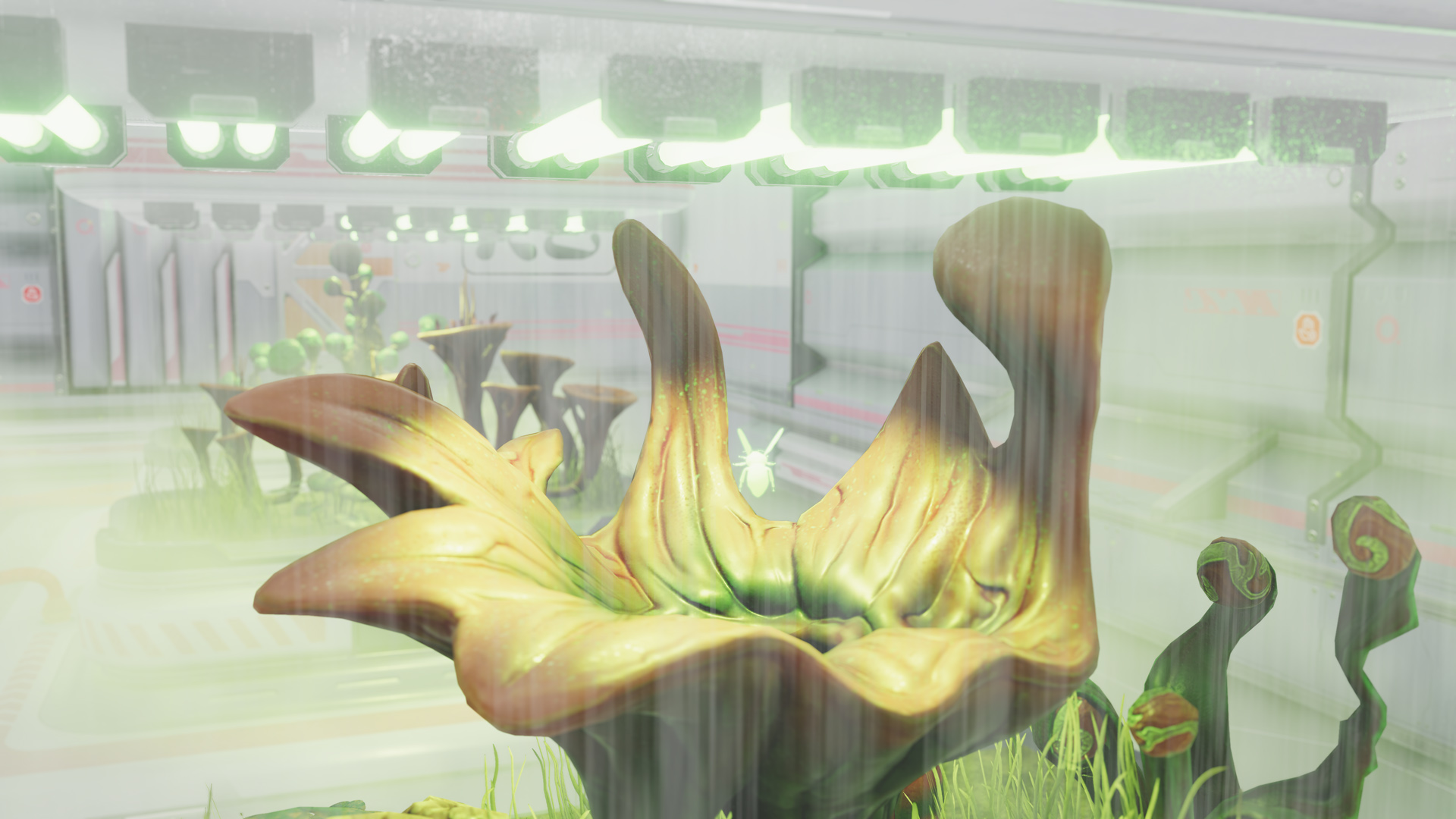 Keith Rankin (Giant Claw) and Theo Triantafyllidis, two artists well known to our audiences, have recently collaborated to produce a video for Giant Claw album Mirror Guide (Orange Milk Records, 2021) track ‘Until Mirror” (featuring vocalist Tamar Kamin). The track is a slowly morphing piece that tries to evoke feelings of anxiously waiting or yearning. The video, which adds an additional surreal layer to the music, is set in an abandoned facility containing an unattended exhibition of free 3D assets curated by artist Theo Triantafyllidis.

Triantafyllidis says both artists have been following each other’s work for a while and have a lot of common friends. When Rankin reached out to him to do a music video for his new album, he knew it would be a fun process:

I think we both have a meticulous way of composing elements, whether they are handpicked sounds or 3D models, that is somehow similar. We started the discussion by looking at Keith’s Album art and from there we started expanding the imagery into a larger scene. We decided on a location where the whole video would take place, what seems to be an abandoned space station. Then I started using it as a virtual gallery space and curated a speculative exhibition of found 3D models from various creators that had made them publicly available. Keith and I were focusing on creating an audiovisual experience and a fragmented narrative that would be evocative and out worldly, without being too direct.

Worrier-like mythological chimaeras exhibit their magnificence in size and features as if unaware of their surroundings. A feeling of sealed containment inside an interstellar spacecraft with the looks of the famous 70s SciFi film and even the lunar base-like subterranean enclaves in James Bond movies while hallucinating on Neon Genesis. Closer to end post-genetic mendelian experiments give way to a closing exoplanetary bliss.

For the most part, the inspiration behind the video was the music itself. Triantafyllidis spent quite some time listening to Rankin’s sound, asking about his creative process and compositional strategies but also taking narrative clues from the materiality of the sounds themselves.

And what about the technical side? It’s pretty simple – Triantafyllidis follows up –  It’s the entire space station scene, originally created for an alien shooter game I suppose, within which the curated exhibition of 3D models is taking place. I then set up a virtual camera and tried to film the stillness and emptiness of the space like a cinematographer. During the editing process, I paid a lot of attention to creating an exploratory mood and revealing the main exhibits on key moments of the song. It felt interesting to have a staccato editing pace when there is very little motion in the scenes themselves.

Websites https://soundcloud.com/orangemilk/sets/giant-claw-mirror-guide/s-Vka3NTtCCK8, http://slimetech.org/
(Video and image courtesy of the artists)