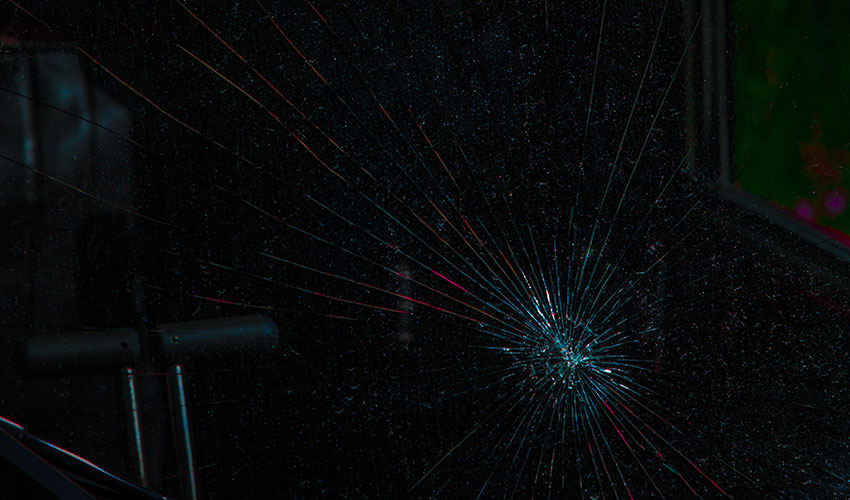 An Exploitative Version of Surrogacy, a title that already hints to what we are about to listen to, sees two tumultuous pieces soaked up in cello-driven ambience, cavernous processing, haunting vocals and futuristic glitch sequences. A production where the quartet delves deep into the study of dilated repetition counting mainly on the use of a 1700’s cello built by Italian lutist Nadotti – breaking down, studying and reassembling its output into a meticulous yet unsettling approach.

Francesco Leali, the mind behind this project and Until Riots, the record label that sees the light with this excellent first release, tells us that the collaboration wasn’t premeditated. He had been focusing on string compositions, for the most part, during the past two years. Whether it was for scoring or personal projects and in that period he came to figure out methods and approaches that could be implemented to transfigure their output in ways he had never thought of before – which, he goes on, he imagines is when the idea was born: I went through what I had written at the time as well as the intention of the piece with Alessandro and Daniele which immediately decided to team-up on this.

But it was only until Frederikke [Puce Mary] jumped in, that the work really came together. Francesco thinks it all developed in a very laid back and natural way, and himself to be very fortunate to have had the chance to collaborate for the first time with Daniele and Frederikke and work on yet another project with Alessandro, all musicians he highly respects and hopes to continue working within the near future.

In the creative process, each artist brought a very unique aspect or skill to the piece, and for Leali, it wouldn’t have worked the way it did without the participation of each member involved. The turning point of the record came when Frederikke gave her contribution – vocals were not something they had thought of initially, but which later became a necessity, something the piece was aching for: Possibly the only other instrument we wanted to use other than a cello. Once we had that aspect to work with as well as more material was written by her, we went back to the drawing board and made sure it all worked out – this was the point where we realised all the inputs we had from each member clicked together and all became valuable aspects of the record. The same goes for Daniele’s ‘Lady Goblin Version’, his re-interpretation really explored a whole new spectrum of sounds which made adding it to the record a straightforward decision.

The album, as mentioned, explores dilated repetition through the central role of a 1700 cello; the idea since the very beginning was to concentrate for the most part on these dilated structures, a kind of sonic exasperation of sorts that saw the cello as its protagonist.

When asked about what challenges come up with a production of such characteristics, Leali shares that there are many challenges when you decide to focus a piece on a single instrument: The risk of being pretentious and redundant is high and we always tried to keep that in mind since the very beginning which is why we all spent a great deal of time on research and processing techniques. I think the most determining challenge throughout the whole work process was stick to the initial idea of using the Nadotti cello as our primary output source due to its unique sound and warmth, something we didn’t feel a more modern cello could give us.

The need for space for other instruments became pushing at some points but the artists manage to stuck to their initial idea: There were times when you would feel there could be a creative space for some other instrument to feed off the cello and the temptation to include it would be high but we all acknowledged that it would discredit the idea we initially had and would decontextualise it from the result we were aiming for – In that specific situation you come to terms with the fact that it’s when you give yourself these creative limitations that you really explore all the possibilities you have, It’s as if having fewer tools to work with gives you the chance to be more inventive. So something that was initially considered as a challenge later mutated into an advantage.

And one could also think about what relationship with current technology the artists may have in a production where a classic acoustic instrument is its articulating point. It seems that although they built the piece around the cello, technology played a major role in the second part of the composition. Nevertheless, the quartet totally detached from it in the early stages. The whole idea was based for the most part on trial and error and spending a great deal of time just messing around with cellos before any kind of recording was made.  Once they felt satisfied with the approaches they were implementing,  the recording process started. And that’s when they turned to technology for “help”.

Leali highly doubts they would have achieved the result they were striving for without technology: whether it was the amps we were running the cello through or the vsts and modules we were turning to further develop the sound aesthetic we were going for. In some way you could argue that this record became possible for the most part because of technology, without it we probably would have come up with a very monothematic and way too linear cello piece without any peculiarity whatsoever – I don’t believe there is anything wrong with that, it’s just not what we were going for on this record.