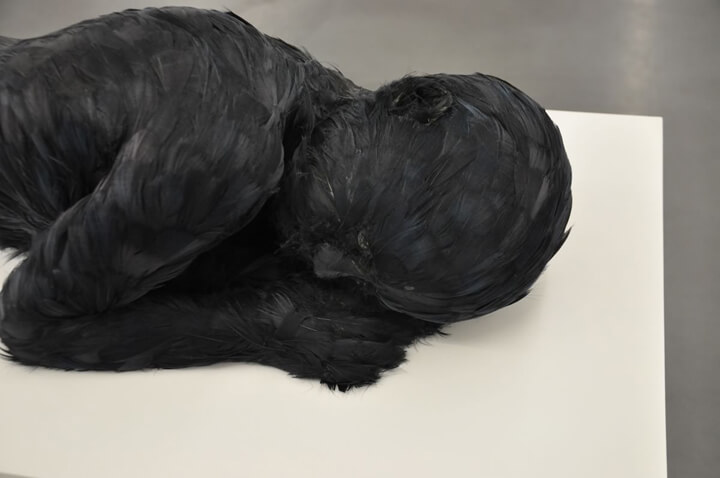 LUCY GLENDINNING, using the human body to provoke the viewer 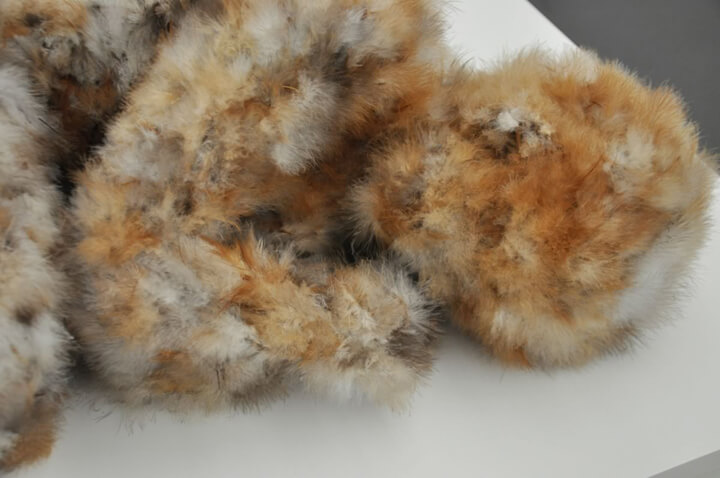 British artist and poet Lucy Glendinning blends the human figure, poetry, and philosophical questions to create expressive and disturbing sculptures to explore the nature of society. At the foundation of her series are ideas that typically emerge as poems, questions or statements. Glendinning, through her conceptual artwork, tries to provoke a reaction in the viewer by using the human body as a medium to deliver her thoughts; thoughts that often come from her studies in psychology, medical news and genetic manipulation (the subject of Feather Child).

Feather Child is a series in which Lucy Glendinning creates textural and emotional sculptures —half human-half bird— covered with feathers from head to toe. Lucy uses the fragility of the feathers as a metaphor to express the instability that genetic manipulation might introduce to human society.

‘Will we be able to resist?’ Glendinning asks herself … 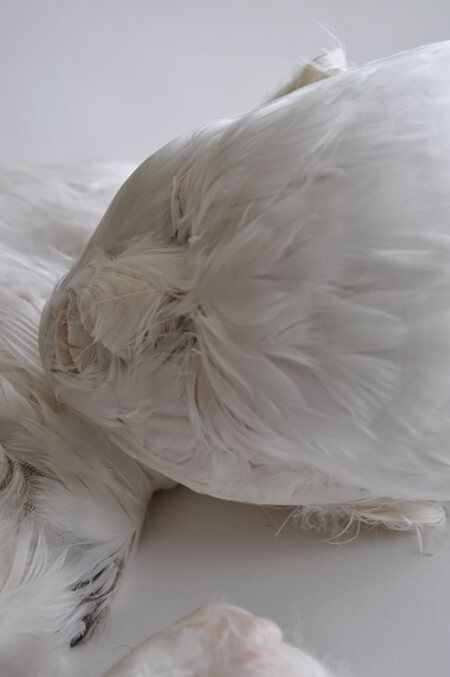 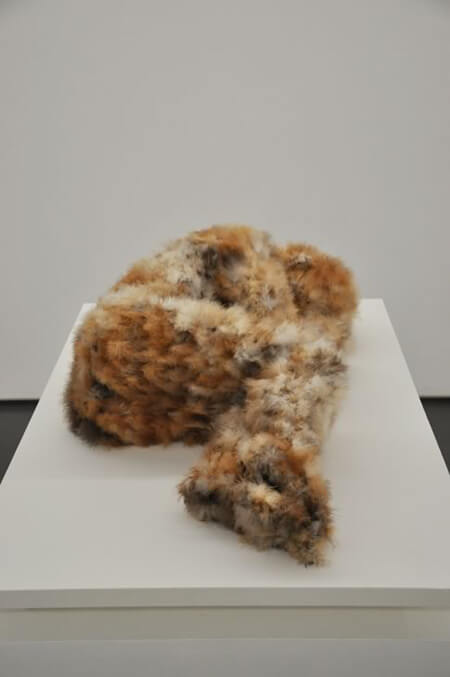 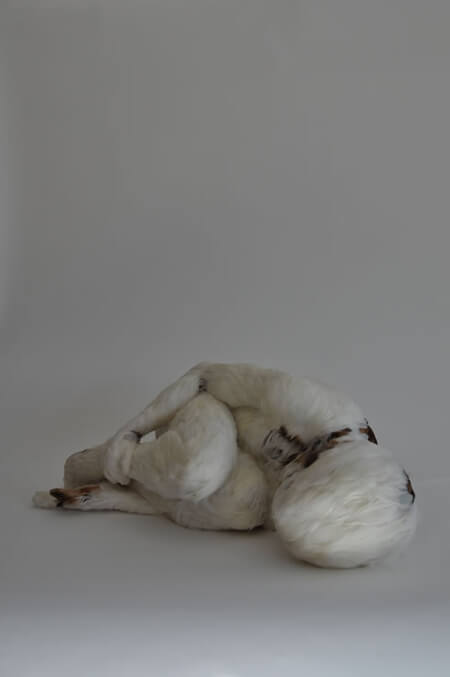 The main subject of your sculptures is the human body, what or who were/are your influences?

I think its hard to say often influences are so subconscious and sneak up somehow. But like most people, I have been influenced by my upbringing and parents,  who were GP’s in a small rural practice. So there was a lot of community involvement and people phoning, coming to the house for treatment in emergencies. I think this gave me a fascination with people and the human body how it is made up and how it works and more than anything physiology.  Also, my grandfather and step-grandfather were surgeons,  and I more recently I been given some of my grandfathers’ tools which are fascinating. I have also been influenced by artists working with the body Louise Bourgeois and Berlinde de Bruyckere.

In your work there is a balance between a poem and a visual representation, what is the relationship between them? Which one do you create first?

The poems come first sometimes just a sentence, they usually then develop into poems as I interrogate the idea. There is then a to and fro between drawing and poem and then sculpture and poem.

Your series Feather Child originate from your fascination with visions of a future society, how do you imagine the society of the future? Are you optimistic or pessimistic?

I swing from optimism to pessimism, I think I am an optimist about humans and human nature and our capabilities I think are unbounded.  But a pessimist about the environment, I kind of agree with Lovelock, that we will never be able to help ourselves and it is an inevitability that we will run out of the plant. When I really consider it there are so many ways the future could go I think it is good to consider it.  Most people, me included,  spend lots of their time considering their personal futures in the immediate or for a few years ahead but it is interesting to try and image outside our lifetimes.  What will life be like then that’s why I love a good Sci-Fi as that is what am doing.

How do you feed your creativity?

I visit exhibitions as much as I can I love museums, and galleries, always have, the clean spaces great places to think. I also travel as much as I can, and from films and the internet, reading,  and I walk a lot when I am at home.  I love trains journeys for thinking somehow they give the time and space it is the pace of travel I think.

I think being self-conscious,  is the big enemy of creativity, worrying what other people will think, is a real killer. I have to work knowing I won’t be observed,  for that reason, and only show people if I choose to. I find cant be experimental otherwise. Distractions are much less but sometimes, when I am getting going on something new, I find other things to get caught up in. I get in my own way if that makes any sense.

If you could visit someone’s mind, who would it be and why?

Louise Bourgeois, it may not be a comfortable place but fascinating, she was such a forward thinker, and so unencumbered.

One for the road… Will we be able to resist it?

I don’t think so, most people but not everyone.