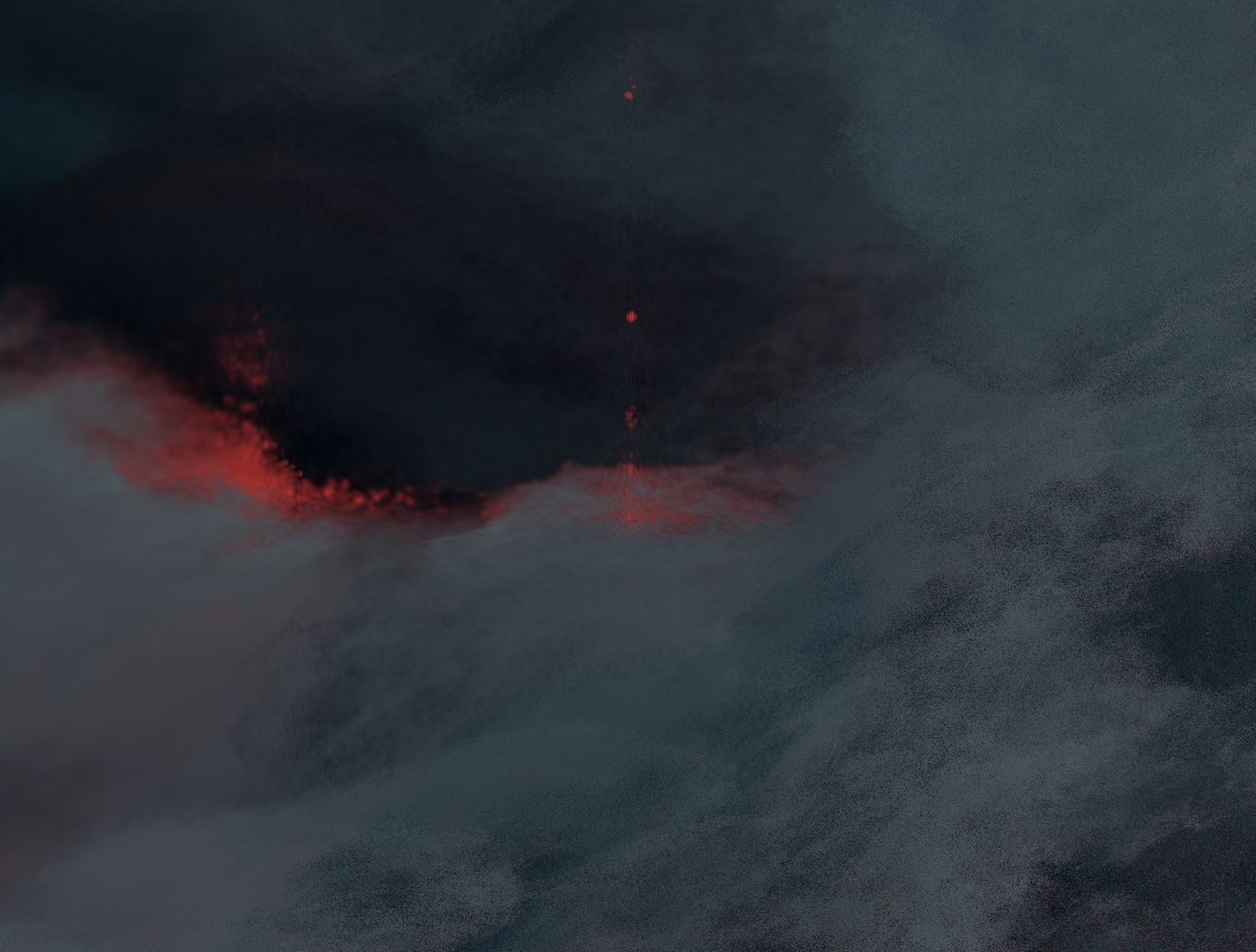 The Western world started more broadly discovering Iran’s growing electronic scene after 2015, when the first edition of SET Experimental Art Events took place in Teheran. As Tristan Bath explains in his article Guide to Iran’s Electronic Underground, the existence of any kind of underground or electronic music scene in Iran is a relatively recent development, arguably part of a quiet and generally slow shift in the country’s post-revolution identity.

Today, it seems quite natural to see the names of Iranian artists in the lineups of CTM and other iconic festivals, as well as find their music in the catalogues of reputable labels like Opal Tapes, despite things not being easy for these artists in the county. With the rapid Internet development, even the global isolation of Iran, censorship and Islamic law strictly enforced in the country have become unable to extinguish a new creative wave. Musicians not only got the opportunity to build relationships within the local community but also interact with the outside world, expanding the boundaries of their creative exploration.

Shahin Entezami, also known for his solo-project Tegh, is one of those Iranian artists. He started his musical journey writing lyrics and beats for hip-hop tracks but, over time, became interested in electronic music and focused on its most avant-garde and experimental sides. Tegh is known as a master of complex soundscapes at the junction of ambient, drone and noise. He is meticulously attentive to detail, passionate about sound design, open to sonic experimentation and manipulation, and interested in sonic world-building.

Tehg’s creative process has no specific limitations and organises differently from case to case. Sometimes it all starts with improvisation when the artist ‘just plays with different types of edits on a sound’ without a definite plan or idea. And it also happens that inspiration comes to him from sources outside the music world. This was the case, for example, with the Emergent Errors LP — Tegh came up with its concept while researching some situations of mental illness called ‘Cotard delusion’.

In his latest release, Ima ایما, the artist attempts to reimagine the definitions of certain feelings in the context of a non-anthropocentric futuristic world, where human beings may co-exist with post-human creatures. The album was recorded with Iranian violinist Adel Poursamadi. And this is only the first output in a series of collaborations between Tegh and various musicians primarily involved in more classical music.

The deconstructed sound of the strings in Ima ایما, which, however, has not lost its identity, evokes the Iranian traditional music motives and also resonates with dark artificial noises, drones and textures. Thus, Tegh and Adel established a kind of sonic dialogue, a simulation of post-human communication.

As a sonic extension of the given science-fictional narrative, the new media artist Amir B. Ash has created the album artwork by processing data obtained from the music. His idea was to mimic the colouring technique (Impasto) used by William Turner and thus generate abstract/expressive paintings. In addition, Amir has designed a web-based VR experience through which the ‘audience can explore this generative painting process in real-time while listening to 10 minutes of the album’.


By the way, Ima ایما is not the first work where Tegh decided to mix different art forms. He has collaborated with various visual artists, including doing sound design for VR projects himself. Exploring the potential of sound at the intersection of disciplines and human perception mechanisms, using complex elements and structures, he not only carries out his concepts better but also comes closer to making every listening experience immersive and unique.

For readers unfamiliar with your work, how did it happen that you moved from hip-hop to electronic music and then generally delved into its more experimental and avant-garde areas, such as noise, glitch, and drone? And what have been your main sources of inspiration throughout your musical career?

I was 18 when I came across electronic music. I went to Zanjan, another city in the country, to study at the university. There I was so lucky to become friends with Kamyar Tavakoli and Ali Eslami, we have also been collaborating in recent years. They introduced me to music like Massive Attack, Depeche Mode, Nine Inch Nails, etc. I was so impressed by the compositions and sound designs. It sounded very new and different to me. So, I started making some sketches influenced by new genres.

Months later, I heard the brilliant album Spotty Surfaces by Siavash Amini, Idlefon, and Umchunga. To the best of my knowledge, that was the first legal electronic music album in Iran and my very first confrontation with Experimental Electronic stuff which made me very keen on digging more into similar music globally. Listening to the engrossing music from Autechre, Murcof, Thomas Köner, Yasume, and others made me certain that this is the field I’d pursue.

During my career, I’ve been massively influenced by cinema in general. My uncle was one of the very well-known actors in Iran, and my father used to be a theatre actor, so our family has always been very keen on films and stories. Besides, the geography of the place I live in has always affected my outlook and, consequently, my music.  Aside from that, I could name contemporary classical music as another notable source of inspiration.

You have recently released a new album called Ima ایما. How did you come up with the idea to explore a non-anthropocentric, futuristic world and post-human communication? What fascinates you about this subject?

I should confess that the main idea was influenced by the famous film, Solaris, directed by Andrei Tarkovsky. The way it questions the borders of humanity and its criticism of the anthropocentric perception of reality and human perspective was immensely thought-provoking to me. Besides, working on Ali Eslami’s episodic virtual reality project, False Mirror, gave me the opportunity to go deeper into posthumanism and trans-humanism theories. Apart from that, I was eagerly engaged with the idea of sonic world-building and emotional embodiment, which I attempted to start experimenting with during the practices for my previous album, Emergent Errors.

As mentioned, interests intertwined, and I came up with the idea to work on a sonic-oriented continuous project, which would be something like a reciprocal dialogue with other musicians with different backgrounds and mindsets. And this dialogue will develop around the topic, mostly focused on different aspects of relations among human and non-human species.

Ima ایما is the first album resulting from a series of such collaborations you have initiated with other musicians from the acoustic world whose primary background is in classical music. What challenges did you and Iranian violinist Adel Poursamadi face when building a dialogue between electronic sound and violin? And how did you combine your experience in this project?

I had the good fortune to know Adel right after the initial idea crossed my mind. I believe Adel is one of the best musicians I’ve ever known. He has had many experiences playing in different orchestras, ensembles and quartets, and his ability in both — playing violin/viola and composing music — has been magnificent to me. He also was keen on an electro-acoustic collaboration. Therefore, we agreed to work on the series’ first album together. Also, he was an immense help in developing the idea and choosing the topics for each track.

Most of the challenges we went through were related to the implementation of the idea. The abstract nature of the medium makes it nearly impossible to share a specific question, story or point by each track when there are no lyrics or any other sort of direct references. But it could be viewed as a positive point which lets the audience involve their own experiences and memories. As a result, we decided to be completely enlightened about the points or questions of every single track but not share all the details with the audience. We thought having a notion of the whole concept and using their own imagination and worldview could lead to a better understanding of the topics and, as a consequence, to a more detailed and personal world-building. It’s like reading a book and visualising particular details, but way more abstract.

Ima ایما also seems to be reflecting on the connection between heritage and futurism in music. How do you personally see the interaction between musical traditions and modern technologies in terms of music evolution in general and the Iranian scene in particular?

That’s right; I presume that picturising a possible future is predominantly grounded on your experiences and memories from the past. Basically, all these things shape our identity and develop our sense of self. For Ima ایما, considering the medium, we chose to add a taste of Iranian traditional music, but very gentle, mostly just a glimpse. To achieve that, we prefer not to get bogged down with the theoretical side, like selecting a specific dastgah, etc. but to use it without previous notice.

Regarding the interaction you mentioned, there is no doubt that modern technologies have vastly impacted musical traditions in every single aspect (composition, production, distribution, consumption, etc.). I personally fancy most of the changes in composition and production, but I’m sceptical about how tech, in general, is affecting the consumption side. Technologies, like algorithms, are used in streaming services, and the possible far-reaching repercussions of manipulating people’s taste sound dismal to me.

Working on Ima ایما you also collaborated with the new media artist Amir B. Ash. He created the album artwork and designed a special web-based VR experience. Could you please tell us a little more about this immersive visual side of the project?

Amir and I have been collaborating for a long time on both — Tegh and Temp-Illusion (another Shahin Entezami project in collaboration with Behrang Najafi) projects. For Ima ایما apart from talking about the main idea, we both agreed that the album art should be completely abstract. Amir believed that the tracks visualise lots of different colours. So he used a GLSL shader he developed as personal research mimicking the colouring technique (Impasto) used by one of his favourite classic painters William Turner. For the album, the paintings were generated through a series of processing and calculations driven by the data fed from the music.

The VR experience was Amir’s idea. We asked him to direct a video for the album, but he came back to us with the fascinating idea of a web-based VR experience instead, so the audience could listen to the 10 minutes of the album, watching the paintings generated by the music. To me, it seemed a brilliant idea, as it enables the audience to listen to the music while roaming through the notions of a visual artist and affects their perception of the track.

It wasn’t the first time you’ve dealt with VR. You yourself have also created music for various virtual reality projects. What do you think is the exceptional potential of this technology for the music/sound-art field?

In my view, it is worth mentioning its ability to form interactions between music and listeners. That could give the composer a vast amount of possibilities to make every listening session quite unique. Of course, it can be done using other ways, but the immersive nature of the VR environment and the ambisonics method, in particular, make it exceptional.

Both and none of them, I’d say. Both could be way dangerous, and both have benefits and downsides. It might be diverse person by person.