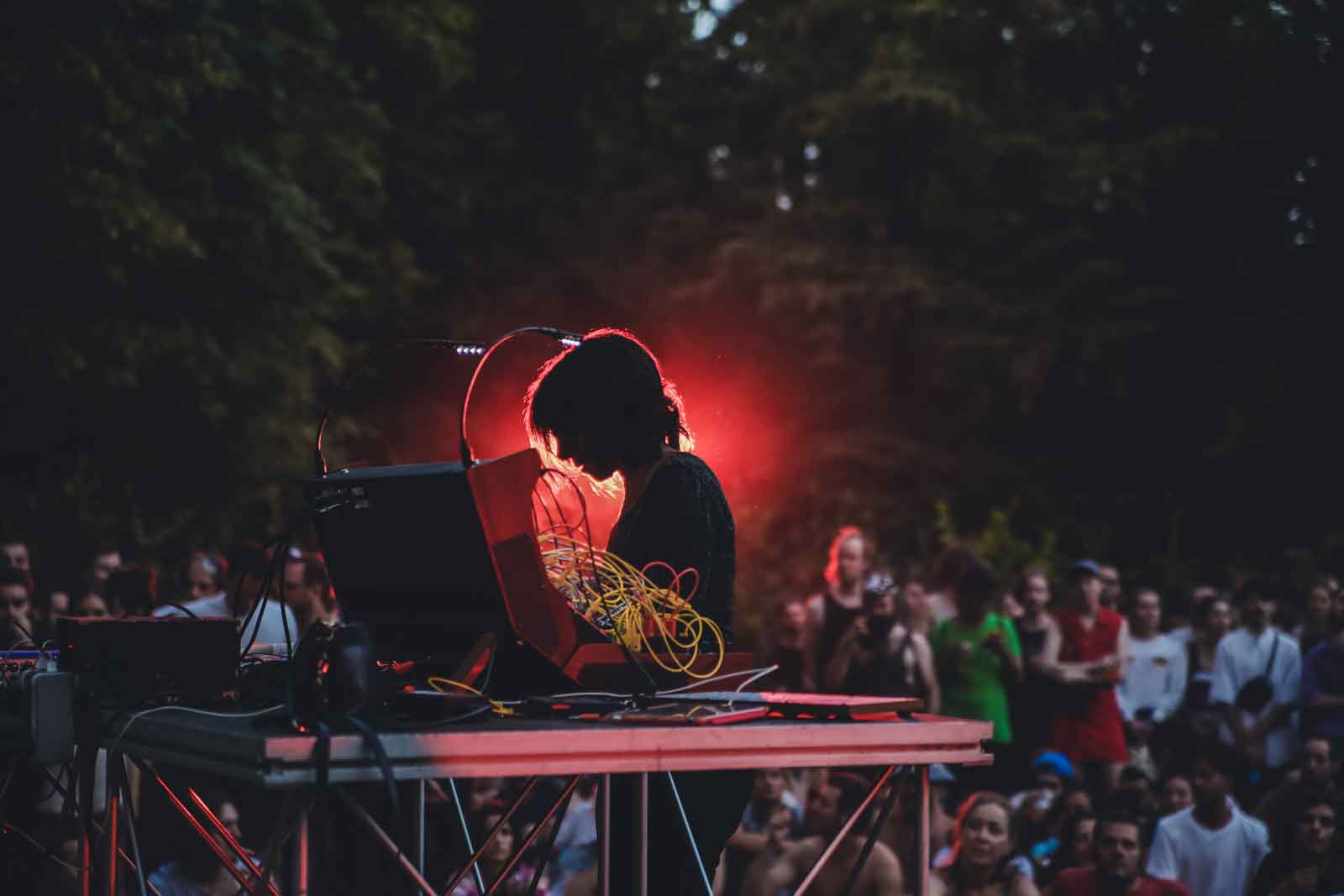 If one would be forced to consider base level categorisations of musical instruments, it would perhaps feel instinctive to look to the contrasting nature of fundamental technologies sitting at their core. As with the engineering leaps that threw the pre-industrialised world into the powerhouse of production in which we now live, the application of electricity into instrument manufacture might be seen as a similarly pivotal development.

The sonic character of instruments before this point relied entirely on active physical relationships between materials. These relationships could be understood from a human resolution as friction and impact, often visibly so.

This comfortable sense of familiarity was turned completely upside down when the first entirely electronic instruments emerged, swapping strings and hammers for voltages and oscillators. Maybe the timing was fortuitous to accept such a swerve away from tradition; society was increasingly exposed to futuristic interfaces, lights and switches, digits and strange new terminology. Advances in space travel and computing were already edging the new visual aesthetics into the mainstream.

The composers leading the electronic musical age didn’t take too long to find their work in the public eye. The BBC Radiophonic workshop was up and running by 1958, changing the sound of radio and TV sound forever, and many pioneers in synthesis were carving out careers and growing in influence by the mid-1970s. Suzanne Ciani was part of this group, having studied composition to masters level and developed a lasting bond with the Buchla 200.

By 1969 Ciani had produced compositions for advertising, installations and dance performances and in 1970 released her first album ‘Voices of Packaged Souls’. The 70s saw distinct development in her activities, landing her various roles producing sound design for advertising. Her clients included Coca-Cola, AT&T and Energizer, and her Ciani/Musica company was in great demand.

Beyond providing sound for advertising, Ciani’s original composition grew in the form of releases and film scores, making history in 1981 with the first Hollywood score created in its entirety by a female composer. In this decade her discography expanded, as did her deviations from electronic music which have continued since. Today she is known as much for her healing and soothing electronic sounds – in 2017 she won the Moog Innovation Award – as she is for her work with more traditional instruments, namely solo piano, orchestra and collaborations with ensembles of various kinds.

Ahead of a performance at The Barbican on October 19th Suzanne was kind enough to share some thoughts with us on technology and timbre.

Can you outline your early involvement with music and sound and your initial influences?

My first love affair in music was with the piano.  My mom managed to get a Steinway grand piano into our home of six kids and I gradually took it over. She also brought in a stack of classical records from a fire sale and I would swoon over Rachmaninoff and Brahms.  I had chronic earaches as a child and remember the amazing sound of the water when I was allowed to take my bathing cap off.

How do you view the harmonies and contrasts and interactions between synthesis and ‘real’ instruments?

Musically, I have always been interested in melodic counterpoint, the horizontal interactions of lines of music, and less so in harmony.  So analogue sequencers are perfect for me. Both acoustic instruments and electronic analogue instruments present infinite possibilities, so I don’t think it’s a question of having exhausted traditional instruments.
I think we are just starting to develop the techniques of electronic music while acoustic techniques have evolved already for hundreds of years. I’m fascinated by the compositional possibilities of analog instruments, the macro-level organizing of musical materials and the naturalness of generating spatial movement.

Your work has been featured in films, TV and advertising – what do you think it is that makes abstract sound appeal to the wider public?

Perhaps the impact of these “abstract” sounds is their freshness, their ability to appeal directly with their energy and poetry to elicit an unencumbered response. Over the years electronic sounds have become part of the fabric of our visual media and so have lost some freshness, I think.

Compositions for modular systems and synthesisers have often been described as healing, meditative and spiritual. What qualities do you think give rise to this interpretation?

There is an innate dependability about the machine… It is steady and doesn’t run out of breath. That is comforting. And the sound is immersive, creating textures that surround us and do not depend necessarily on short gestures but can reflect the primal slow rhythms that underlie everything.

How have your compositional and performance methods changed with advances in technology?

I’m not a big fan of the notion of advancement in technology.  I think in the early days of music technology, the evolution of the tech part was inspirational for the design of the instruments, which then inspired and made possible new performance techniques not dependent on traditional interfaces like the mechanical keyboard.  Buchla understood all of this…that giving the composer/musician hierarchical control over musical materials would lead to a new language.

Today, I’m pretty much using performance techniques I developed in the seventies. The current 200e is somewhat of a hybrid, with digital elements, but I’m not sure those are advances.  My dream now is to have some of what was lost from the 200.

In the 60s and 70s, electronic music was received as a new and unheard sonic palette. What do you think drives continued interest in the art form today?

I think we are finally getting to the core of what it was all about back then but was lost in the popularization of the “synthesizer”. The kids now put the brakes on and decided to look back to a time before everything was compromised by commercialism.  Out with the traditional keyboards. Even out with midi. Out with the mouse. Turn those knobs and patch those cables and have a romance with your machine. As I always say, it’s not about the sound, but the way the sound moves.

Are there any compositional territories you still would like to explore?

I’m working on a “concerto” for Buchla and orchestra.  Why? I don’t know…but perhaps to show that this instrument is as valid as any we are already used to.

Interruptions.  To create, one has to stop time… and we live for the most part on a time grid.  I need to isolate and enter a “bubble” to work effectively.

(Photos courtesy of the Barbican)