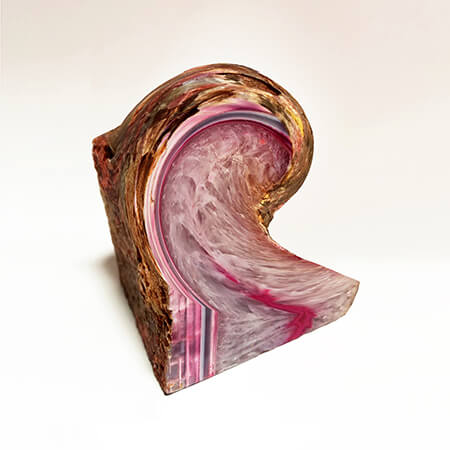 RROSE, a sinuous sound veil between the avant-garde and the darkness

Death as a creative driving force; with such a bold statement experimental artist and musician Rrose closes this interview and sets forth a most conspicuous idea of their artistic ethos.

Death, maybe, as a motor of reinventing art practice. Mirroring the dadaists, who declared the famous “Art is dead” and went on to challenge the preconceptions of what art and human existence meant after the devastation of the first world war.
has
A project seeing the light in 2011, Rrose is the latest incarnation of California-native Seth Horvitz, who has been producing music for over 20 years under several aliases and projects, gravitating between the more dancefloor-oriented music culture and more classic academic spheres: from techno and atmospheric industrial to experimental house and avant-garde piano compositions.

Away from any spotlight, Rrose manifests in a mysterious and elusive figure in the electronic music scene, only amplifying their incredibly magnetic aura. Rrose started out as a need for experimentation with sound and at the same time, challenging and interrogating gender norms and preconceptions; an idea that has evolved over the years to become “a political statement, an exploration of identity, meant to provide some magic in the performance space”.

Rrose takes the name after the renowned dadaist Marcel Duchamp’s alter ego, Rrose Selavy (a pun on physical love and eroticism) who represented an early artistic reflection on androgyny and gender deception. Rrose has extensively talked about the influence and inspiration from Duchamp’s work and persona and choosing this name because of the way it feels, and the endless pool of imagery and ideas it suggests. Not to mention, the absurdity to connect techno to Duchamp (a dadaist act in itself).


But far from over-conceptualising, Rrose’s creative process is more natural or organic, as they share it has been for Hymn to Moisture. Published on Eaux (Rrose’s own record label) last November 2019, Hymn to Moisture is Rrose’s first solo album. It comes after several EP releases [in labels such as Sandwell district, stroboscopic artefacts, Infrastructure and Eaux] and collaborations with Bob Ostertag, Charlemagne Palestine and Lucy (this last one under the suggestive alias Lotus Eater).

Hymn to Moisture extends the sound investigations the Rrose project has focused in since its inception; microtonality, the limits of perception, and the idiosyncrasies of machines, in their own words. The sound feels detailed, carefully studied… but at the same time sensually intoxicating. As stated by Rrose themself, there’s a clear influence from techno pioneers but also earlier experimental composers. Phil Niblock is [for your writer] probably the most distinct, not only in the music but also in the album’s image by mixed-media artist Jon-Paul Villegas. In some sort of convoluted way, it echoes The Movement of People Working (1973-1985). The contrast of the flesh and earth, the moist and the rubble in pure contradiction and struggle, orchestrating life and death itself, feels like the perfect embodiment of Rrose’s compositions for the album.

Once again, from the crepuscular shadows, Rrose extends their dark and sinuous veil to unfold a transcendental listening experience of a reenacted incarnation of techno.

Last November you published your first solo album, Hymn to Moisture. What was the intellectual process behind it?

I tried to keep intellect to a minimum. The album grew organically over the course of several years. As I created new work, I would ask myself “could this be part of an album?” I went from wanting to make a techno-focused album to wanting to make a completely experimental/drone-focused album to find a middle ground between them. There’s a lot of material that I didn’t end up using. Since the inception of Rrose, I’ve explored metaphors of water and liquid, which initially came from a reference to Marcel Duchamp’s readymade perfume bottle (inspiring the name of my label “Eaux” and the name of the album).

The album explores embodiment in natural phenomena, how does this translate on the more technical side throughout the different tracks?

I’m not a very technically-minded person. My focus is more on experimenting, listening and evaluating the experience of listening. I am inspired by psychoacoustic effects and aural illusions, but often I stumble upon these things without applying specific techniques. I’ve spent a lot of time studying avant-garde and experimental music, and that knowledge guides me, but in a more intuitive than technical sense. I’ve always been fascinated by the idea that something could embody contradictory feelings or experiences, like the feeling of speeding up and slowing down at the same time, or something going up and down at the same time. Or something feeling soothing and painful, hard and soft. In reference to natural phenomena, this could translate to simultaneous feelings of solid and liquid, smooth and jagged.

Did you use any field recordings?

Not on this album, but I have used field recordings extensively in the past, and I continue to record and collect them. With the Rrose project, I’ve focused on evoking physicality through synthesized sound, but I could imagine using field recordings for a future Rrose album.

The artwork of Hymn to Moisture is intriguing, it reminds of physiology books, with sagittal planes of vessels, tissues, organs… Could you tell us a bit more about it? And how do you see it relating to the music?

The cover image was created by Los Angeles-based artist Jon-Paul Villegas. It’s a photograph of a geode (rock formation) that has been digitally altered. I love the sculptural quality of the image and the way it evokes something that is both inanimate and fleshy, beautiful and disgusting. As mentioned earlier, the embodiment of (seemingly) contradictory feelings and materials is something I try to achieve with my music.

Your productions take the form of the most experimental avant-garde sound to more “danceable” techno. How do you balance between the two types of productions?

I don’t find them incompatible at all. For me, techno is a very flexible medium, which is part of what draws me to it. The music can communicate in a very simple, direct way without explanation, but it is also open-ended enough that it can include layers of complexity. So I tend to take rhythmic inspiration from the early techno and house producers from Detroit, Chicago, New York, and Berlin, while I take my sonic and compositional inspiration from avant-garde composers like Eliane Radigue, James Tenney, and Charlemagne Palestine. I also borrow quite a bit from the dub tradition of creating depth and space in post-production and utilizing the mixing console and effects as instruments.

Working closely with a figure such as Charlemange Palestine, who was teacher/mentor and collaborator in an album, what have been the main learnings from him (either professional or personal)?

This is a big one! Charlemagne is full of love, laughs, stories, and contradictions. He has lived through so much and has always been an outsider to some extent. I relate strongly to his insider/outsider mentality. He went to art school, studied music, but never followed the rules. He loves and respects western classical music and “serious” avant-garde music, but hates the stuffy and didactic way in which it is often presented. He has this knack of balancing reverence and irreverence that I love. His approach to the piano is all about diving inside the sound and the overtones, becoming one with the sound and the instrument. But not in a new-age sense that risks taking itself too seriously while diluting the purity of sound with appropriated reference points. Charlemagne’s approach is singular in its ability to be both unpretentious and deadly serious, heartfelt and ridiculous, pious and iconoclastic. There I go again with the simultaneous contradictions…

How is your relationship with technology nowadays and how do you make use of it in your practice? and, is there anything technological development that really intrigues you?

As mentioned, I’m not a very technical person, even if I am often classified as such. I hate upgrading software. I tend to use very few tools, and I often lose track of the latest developments. When I find a tool that I like, I try to dive into it as deeply as I can until I feel like I have an intimate relationship with it. I treat it like a friend. The last technological development that was significant for me was when computers became fast enough to process audio in real-time and to model analogue synthesis. That was sometime in the 90s. I guess the other big thing would be the ability to save and automate because I tend to obsess over details and save way too many versions of things. I even titled my Master’s thesis “Automation is my Salvation.” I feel pretty satisfied with the tools I have now. If there were no new developments for the rest of my life, I would not feel limited. More and more, I find my inspiration by listening to the world. My ears are my most valuable tools.

Website https://rrose.ro/, https://eaux.ro/album/hymn-to-moisture
(Pictures and artwork courtesy of the artist) 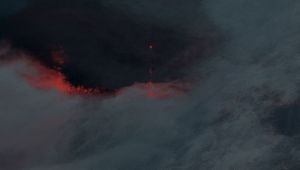