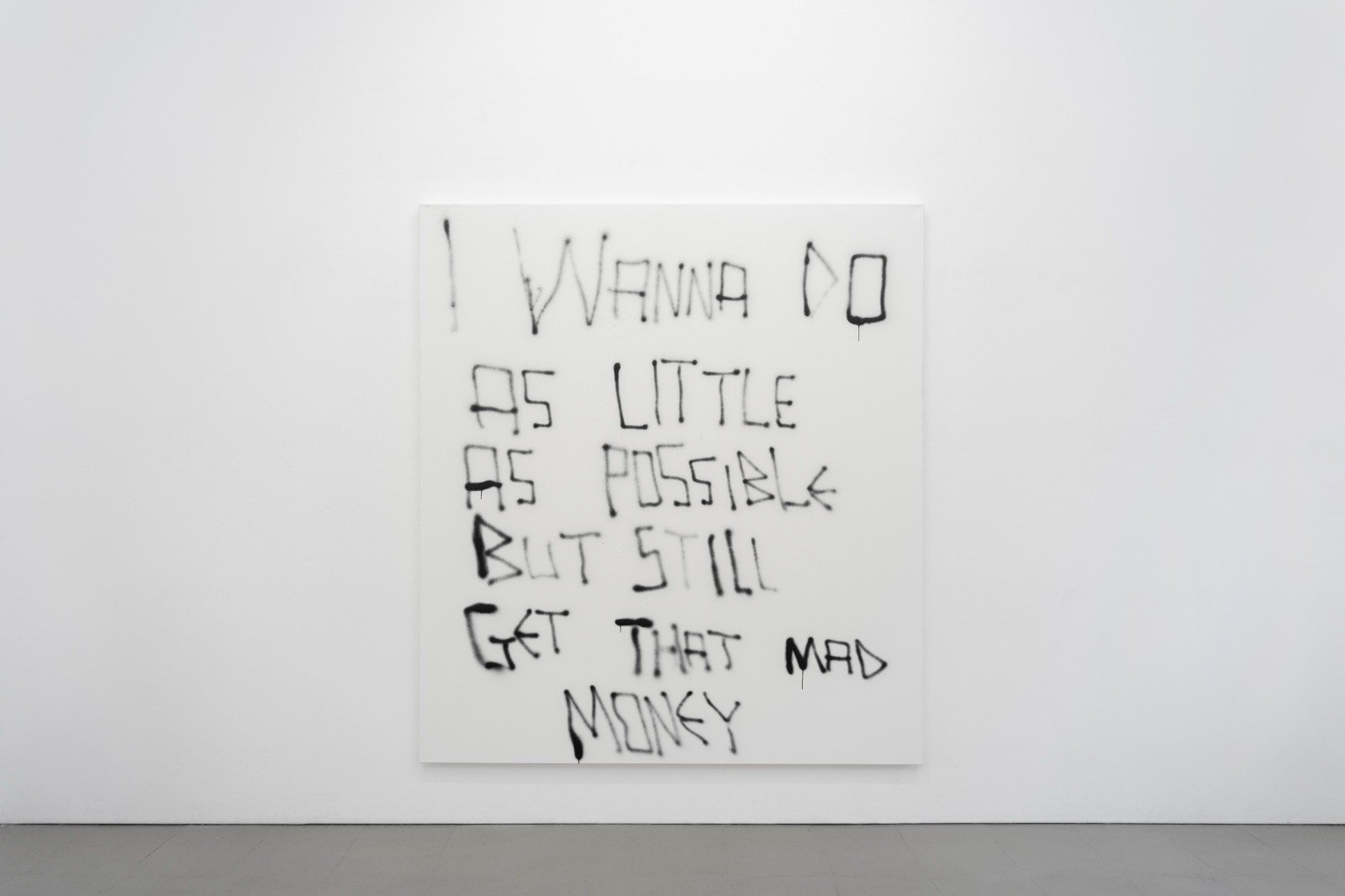 Despite the first serious work of British artist Richie Culver, a magazine cut-out of a Jesse Owens photo collaged with the words ‘Have you ever really loved anyone?’ was presented at Tate Modern as a part of a group show, he neither received any art education nor was exposed to art growing up. Born and raised in the small town of Hull in the north of England, Culver worked in a caravan factory after leaving school, and it was not until his twenties that he thought of pursuing art as a career.

In the whole kaleidoscope of Culver’s manifestations, one thing remains unchanged – his work draws mainly on personal references. For example, the exhibition for Shelter charity organisation Things that never really worked out – most things told a story about the time when the artist lived in Berlin, trying to get back on track but eventually falling into the trap of the temptations around.

It is amazing how Culver processes and communicates his own experiences in a way that resonates with people from different backgrounds. References to pop culture and our digital existence, the combination of abstract and figurative, a certain sense of naivety and immediacy and, of course, dark humour not only form an artist’s unique language but also help him to combine the autobiographical with the socially oriented.

In his works, Richie Culver explores British identity, wrestles with aspects of the class system and contemporary masculinity, reflects on the volatility of digital media, and dives into the abyss of human turning points and metamorphosis. And the last topic is really capturing him lately. He became a family man and more conscious and, along with this, faced new challenges.

At the end of this past July, in collaboration with producer Pavel Milyakov, also known as Buttechno, Richie Culver released an EP with the symbolic title A Change of Nothing. This work is a reflection of ‘how far both artists have come while remaining able, at least in part, to stay the same’. The accompanying video was created by multimedia artist Max Kreis.


Culver’s current focus on music seems like a very logical development for his career in arts. He has been interested in DJing and producing since a young age and even called himself ‘a frustrated musician’. Along with this, texts and spoken words have long been an important part of the artist’s practice. Thus, his audio pieces become an integral continuation of his ‘talking’ paintings — this is a kind of poetic documentation, an internal monologue in which a personal view of things responds to a modern context.

You’ve had a long and prolific career in the arts and created an extensive and diverse portfolio that includes works in various techniques and mediums — from painting and photography to sculpture and music. Where are you now in your artistic exploration? What are your current creative challenges?

It totally shifts. At the moment, I am enjoying making music. Writing has always been a kinda middle place when I am not painting or making visual work. It’s really nice to see a few music projects coming together in a fairly short period of time.

As far as challenges go… Probably the balance between work and being a Father, I have three children under the age of 5.

Could you please tell us a little more about your recent collaboration with Pavel Milyakov aka Buttechno? How was the idea of A Change of Nothing born? And what difficulties did you face while recording the EP?

I reached out to Pavel regarding the collaboration and sent him some music I had been working on. Then the Russian invasion of Ukraine happened, and I didn’t hear from him for quite some time.

After a while, out of the blue, he messaged me, explaining his situation of having to leave and head for Europe with his Ukrainian wife. He sent what he had been working on until the invasion happened. It felt like the record should be left like that, but I added some spoken word and Pavel worked on it some more while he was on the move.

What is the key to successful co-creation with another artist for you?

Something just has to fit. A language, feeling… a vibe.

You also invited Max Kreis, a multimedia artist, to create the video for A Change of Nothing. And this is not the first time you have united various art forms in your practice – video, music, painting, choreography, etc… How do you see this relationship between music and other art forms in general and in your work in particular?

I just like to work with people that inspire me. It all just moulds together, hopefully. Pavel actually invited Max onto this project. It ended up being a great move, and the video fits perfectly.

Alongside the music, Max’s video has a kind of meditative effect. It’s like being hypnotised, an immersive experience. What role does the experience factor play in art in the digital age?

I think people have a really short attention span. You kinda have like 5 seconds to get someone’s attention.

Irony is also an integral part of your work. How does humour fit into what you do? Why is it so important for you to leave room for a smile/mockery, even in your most seemingly hopeless pieces?

It’s all just minimalism, really. The same way I approach producing, using each machine or instrument to the least of its capabilities. And it’s the same with painting; I try to get to the critical point as quickly as possible.

I do not approach creativity with the intention to ‘work hard’ or ‘try’. That is not to say I don’t work hard… I do. Just in a different way.

Seems 2016 was kind of a turning point in your career. After returning to London from Berlin, you seemed to start from scratch. How do you feel when you look back at that dark Berlin period: stories about a stolen purse, casinos, paranoid thoughts at an after-party, etc.? What role do crises play in your creative practice?

I think if you are a self-taught creative from a working-class or below background that refuses to get a normal job, there is a big chance you will find difficulties in various forms, add alcohol etc., to the mix, and then things get even trickier.

Many changes in your artwork are connected with your moving – England, the USA, Germany, and Portugal. What does it mean for you to constantly be between different cultures and art scenes? And what place would you call home today?

I am not sure where home is. I was born in Hull, and I sound like I am from Hull. I have lived longer in London, though. I guess you could say I think like a Londoner also… But my heart is Northern. I feel very little connection to anywhere, to be honest. I like being on my own.

Social media, especially Instagram, plays an important role in your career and is also a showcase for your work. But do you think the art world will rely on such digital platforms in the future, or is it just a passing fad?

I think it is a passing fad, perhaps? Something new always comes along eventually.

But Instagram, in particular, has been great for visual artists. I have seen stars born overnight, literally. If they are actually stars and will remain interesting or relevant in 5 or 10 years, it remains to be seen. I hope they are…

I hope everyone reaches their potential and can make a living from something they love doing and doesn’t end up working a job they hate.