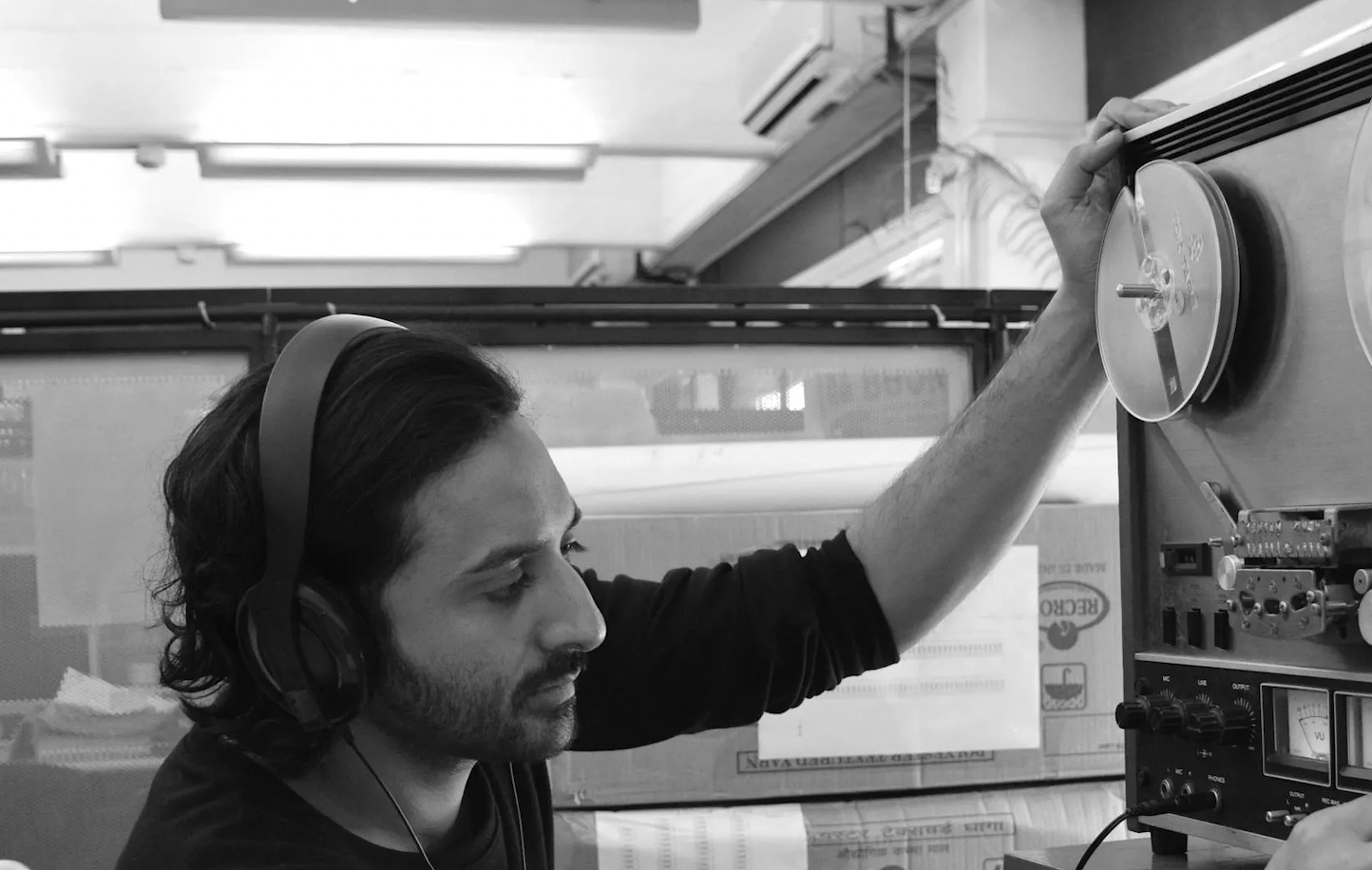 Paul Purgas is a multidisciplinary artist and musician based in London. His work is rooted in sound with a focus on spatiality, aurality and culture. He is one half of Emptyset, an electronic music project known for its unique sound featuring gestures, motion and intensity that affect the body as much as the ear.

Sound is, in Emptyset’s work primarily an experience of the body. Sound is perceived as mass with properties similar to physical objects in motion through space.  It is the space of composition as much as the space of performance that informs and defines the sonic environment produced. Their latest album Blossom (2020) was received with acclaim as a work focused on research, experimentation and process. It has artificial intelligence at its core integrated with new software while combining impulse responses from spaces the duo performed in as well as several recorded improvised materials.

Archival material, whether it is the acoustic property of space, activated objects or entire performances, appears at the forefront of their practice as musicians and this is certainly one that features in Purgas’s own work practice.

Tape Music is a new composition commissioned by Supersonic Festival for PRS Foundation and Southbank Centre’s New Music Biennial*. It develops on the artist’s ongoing research with the archive of the National Institute of Design (NID) in Ahmedabad, India. The tapes found in the archive feature electronic music produced between 1969 and 1973. The research Purgas is undertaking at NID has already led him to produce and exhibit work at Camden Arts centre in 2020 as well as Art Night and Tramway in 2021.

The new performance presented at New Music Biennial and Supersonic, stems from this initial research, forming a series of compositions working with reel-to-reel machines for the first time and delving into the techniques of tape production and its underpinning history within the pioneering spirit of 20th-century electronic music. The project explores the analogue tape explorations of Radiophonic traditions as well as the methods developed within the early evolution of Musique Concrete. Likewise, the work of David Tudor has been a key influence, working with feedback within reel-to-reel tape machines as a mirroring process of biological systems.

In a similar line of work, Purgas also has a new exhibition in Vienna running until August 6th. Scattered Fire brings together a new body of work exploring the interconnections between Indian and European Modernisms, focusing on the networks of exchange that operated between the artistic and philosophical traditions of Vienna and India, and expanding upon an ongoing research project into the ideological and political forces which encompassed the independence of South Asia. Working across textiles, sculpture and sound the exhibition considers a 1921 public reading of the Indian poet Rabindranath Tagore’s mystic play The King of the Dark Chamber in Vienna by Wittgenstein as a historic anchor between these two worlds.

We have approached the artist to ask a few questions about his recent work, its multiple outputs and his interest in the material from this particular archive.


Your first visit to NID dates back to 2017. You have since developed a series of projects informed by the archive you are researching.  Could you tell us more about how you approached the archive and the narrative you have developed across your productions?

The approach I have taken has very much been focused on the different facets of the story and the breadth of history and narratives that circulated around the founding of the electronic music studio in Ahmedabad. Overall I’ve been incredibly lucky to have the opportunity to think this all through in multiple ways, the BBC Radio 3 documentary Electronic India was a platform to look into the mystery of the tapes and the composers connected to it.

Then the exhibition We Found Our Own Reality at Tramway in Glasgow and the recently opened project Scattered Fire at Kunstverein Gartenhaus in Vienna have been a chance to explore the multiplicity of Modernisms alongside the complex circulation of ideologies and practises across the 20th Century between East & West. Now the upcoming book Subcontinental Synthesis and audio recordings launching in the autumn will be a chance to invite guest writers and contributors to think through some of the questions and critical avenues that encompassed the sound studio, ranging from a deeper insight into David Tudor’s time in Ahmedabad through to the considerations of cultural soft power within post-independence India.

Your creative practise reflects an interest in technology and its advancement while at the same time archival practices of discovery and conservation. How do you incorporate these approaches into your work as an artist and musician?

I was always interested in the Marshall McLuhan idea of looking at the future through a rearview mirror. This premise that we build the future out of the past has definitely instilled in me a value and appreciation for cultural and technological histories, excavation and repurposing, and processes of re-animating and extrapolating from the past into the present. We are always haunted by the histories, possibilities and futures that never came to fruition. I think this contemplation has become a type of methodology for me to help make sense of the present and understand the circumstances that allowed it to arise.

The musical experiments you discovered are the product of a process of cultural exchange between India and the US. For example, there is the influence of Indian culture in the works and philosophy of John Cage and, as you have discovered, the production of electronic music that was initiated by the introduction of Moog in the Institute. How do you reflect on this process in your research and production? Are there any challenges you have encountered in the way those tapes sound and are listened to today, as opposed to perhaps at the time they were produced?

There is certainly an important and layered framing that the tapes create. As an archive, it obviously chronicles an astonishing moment in relations between East & West, the meetings of ancient and avant-garde traditions and a new branch, albeit a short-lived one, in the larger family tree of electronic music. Likewise from a modern listening, its frame is much more complex with the understanding of the post-colonial context.

The desire for Western nations to access the cultural matrix of South Asia with the intention of infiltrating consumer-led capitalism to the region in the vacuum which occurred after the collapse of British imperial rule. The tapes are enmeshed within this timeline, a kind of dream-like sonic Utopianism surrounded by a messy and murky array of power and opportunism.

You have developed a series of installations in the past five years, and you have engaged in the dissemination of non-western electronic music. You will now be presenting a new performance at Supersonic Festival in July. Could you tell us about the performance and how the music was composed in relation to your ongoing research and interests?

The journey to India in 2017 was my first real encounter with analogue tape, previously I had tried my best to avoid it, from a deep-seated fear of the medium. However, after finding the archive I was forced to learn how to preserve it, splice it, handle and digitise it, and this process of essentially becoming a conservationist, it helped me to become more inspired by it as a material as well as learn more about its lineage as a distinct strand of electronic music history. The performance has developed out of a dialogue with the team at Supersonic and the chance to fill up my studio with vintage reel-to-reel machines and begin to experiment, looking at techniques of sound manipulation, collage, composition, feedback and compression, taking some skeletal sounds and using an array of tape machines to manipulate and shape them live.

What has working with analogue tape brought to your own practice (either conceptually or technically)?

This journey has opened up a new vista in terms of my knowledge and practical awareness of the history of tape music and reel-to-reel machines. I think the facet that has really stuck with me is how when entering this kind of media archaeological world, of handling archive material and vintage technologies you are automatically dependent on a disappearing network of knowledge and skills, people from the 70s and 80’s who can still shed light on approaches and more importantly know how to fix things. Inevitably your role as a composer or maker starts to bleed into this space. As you learn more you realise that the skills you’ve acquired make you part of this continuum of custodianship that keeps this old media alive.

What are your reflections after this work regarding tape and media obsolescence or “disintegration” as Basinski would put it?

For me I definitely encountered the fragility of the medium first-hand, I had to fly to India with an oven in 2018 to bake some of the tapes before digitising. The baking helps reset some of the chemical binders and allows them to run through a reel-to-reel machine without disintegrating. It made me aware of how important it is to support and actively encourage the digitising and restoration of historic archives across the world. It’s always a race against time to save material from being lost and the faster they can be correctly archived the better their chances of survival for future generations.

How do you see electronic music developing in the future, and what are the challenges we need to consider for a fairer, more inclusive and sustainable practice?

I hope the future of electronic music can shift to a real assessment of infrastructure, the valuing of music and creative production, and new methods for supporting artists. I sense finding new digital models for remuneration and direct relationships with makers and musicians is the future through the removal of brokers and intermediaries from the marketplace. Electronic music has always been a testing ground for new ideas and technologies so hopefully, we can see some practical applications that can enable artists to be fairly paid for streams and royalties. Likewise in a practical sense of music-making, I think the influx of neural network-based generative systems into DAWs like Ableton is the next frontier, once the computing and system architecture can be refined from raw GitHub applications to practical real-time plugins then I sense the very premise of electronic music composition will be shifted with this new branch.

Solitude or loneliness; how do you spend your time alone? 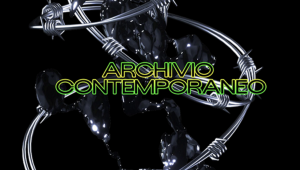 ‘Archivio Contemporaneo, reinterpreting the notion of archives’ by Visioni Parallele 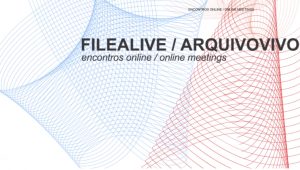