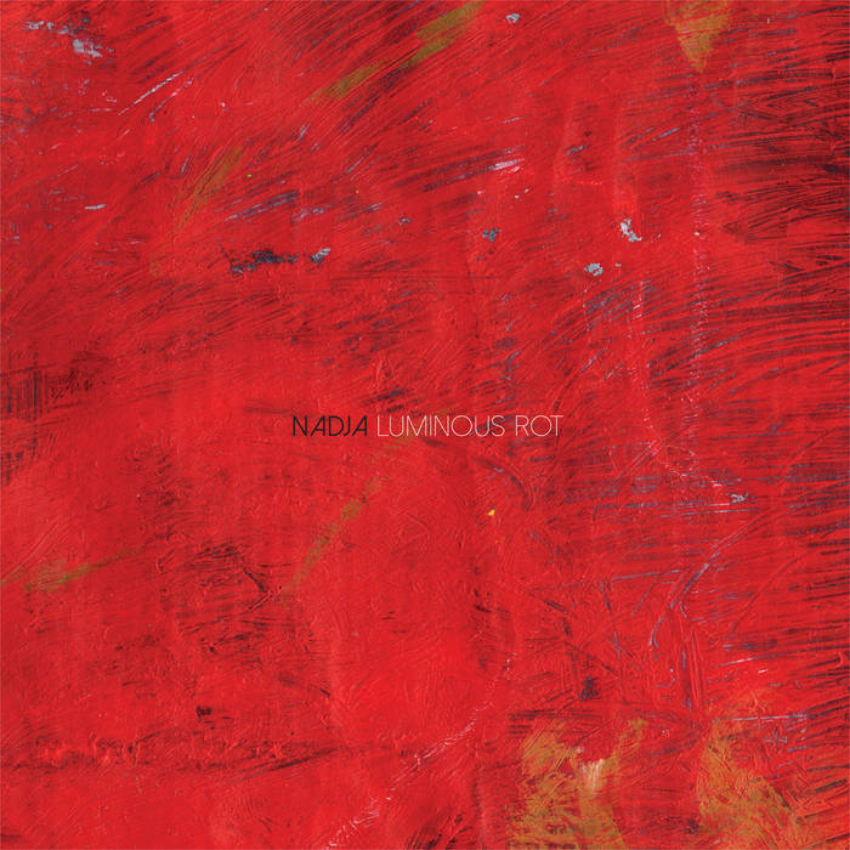 The various lockdowns haven’t stopped the band, Nadja, from gazing beyond the four walls of their flats: from far beyond our stratosphere, their latest album, Luminous Rot, explores the world away from our senses, marking a new production that experiments with sounds of shoegaze and ambient electronic music with the tones of metal, noise and industrial sounds.

Aidan Baker (guitar) and Leah Buckareff (bassist) are the two personalities behind the Berlinese band that rotates genres in one atmospheric blend: the group, originally a ‘one-man band’, with Aidan flying solo – focused in principle on experimental music, before a surge with the implementation of bass and Leah’s vocals. This combo is in charge of a virtuous sound that incorporates clashing genres that stand out in their live shows.

Reading through our interview for CLOT, it seems clear that the duo doesn’t aim at any self-definition – their music is a voluntary flow of energies that tangle, converse and resume on their way, converging through interactive perspectives that include a glance at space phenomenons, geometric theories, and psychogeography.

Their sound, created between their live rehearsal studio and Broken Spine Studio – both located in the Lichtenberg neighbourhood in the German capital – is what Aidan likes to define  ‘overly Jungian. Grabbing you into the analytical territories of science, without the intention of becoming political, Nadja introduces the listener to a theoretical world through a set of short tracks that seem to be part of a unique,  long moment of listening. We feel like we are part of the same collectivity, speaking the same language  – contemplating who we seem to take up the harmonical theme of their new album through minimalistic instrumentation and the obscurity of restless distortions.

Luminous Rot is, in fact, kind of the essence of this vibe. The album focuses on the motif of extraterrestrial communication and our predicament or failure to create a real connection. A fascinating subject in an era of isolation that the duo has examined in-depth, perhaps a due choice, that lets you wander around different perspectives through careful analysis.

First, the two artists explain how they have been charmed by a set of authors and publications: the science fiction of Stanislaw Lem and Cixin Lui and their focus on theories on astrophysics, multi-dimensionality, and spatial geometry through their book  The Three Body Problem, Margaret Wertheim‘s A Field Guide To Hyperbolic Space, a science book about Daina Taimina’s work with crochet to illustrate hyperbolic space and rectilinearity.

From this solid, inspiring brew comes an introspective and impenetrable, refined yet dense sound that distances you from the ordinary and allows you to deepen with a  refreshed perspective into this particular political and cultural moment, jumping towards a wider approach to the human sphere. The hyped-up ambient sound delves into a dynamic combo that approaches metal and adds nuances of post-punk and cold-wave tints, reflecting a multidimensional level, resulting in an enhanced organic, layered set. With David Pajo of Slint, who collaborated on mixing Luminous Rot in full, the album becomes a journey of atmospheric saturation that is hard to forget.

For our readers who are not familiar with your work; who is behind Nadja and what does each member bring to the band regarding influences, ideas and experience?

Nadja is Aidan Baker on guitars, vocals, drum machine, and Leah Buckareff on bass and vocals. The project was originally a solo, studio-based endeavour by Aidan, exploring the heavier and noisier side of experimental/ambient music. Leah joined in 2005 once the project started getting calls for live performances, and the project left the studio and became more what it is today. The project combines stylistic and sonic elements of experimental, ambient, and electronic music with the structures, volume, and distortion of metal and industrial music, attempting to create something that straddles, blurs, and blends genres.

You are about to release a new album, Luminous Rot but have been releasing music together as Nadja since 2005; where has your sound taken you, and how has it evolved during these years, from the inception of the first project until today?

In some ways, it has simply been about refining our signature sound or re-purposing/re-presenting our sonic aesthetic in different ways. A critic once commented that our albums might be considered continuations of one long song, which I find pretty appealing. Some might regard that as dismissive, but I see it more like we’re capturing and sharing moments of a continuous flow of sound which might sound a bit overly Jungian.

The album thematically reflects ideas of ‘first contact’ and the difficulties of recognising alien intelligence. What was the intellectual process behind it, or how did you relate or bridge these concepts to your music?

These concepts were just recurring themes in what we were reading or watching at the time. It is more about letting people know what we were thinking about as we were working on the album and less an overlying ‘concept’ for the album itself. We do not want to tell people what to think or how they should interpret our music but rather suggest some themes and concepts that might have informed the album’s creation. Of course, the best science fiction is metaphorical, so as much as we might read or think about the difficulties of recognising an alien intelligence, this concept is an issue relevant to our challenges in understanding ourselves and each other, particularly in these politically and culturally polarised times.

You also talk about hyperbolic spaces and geometry. Did you relate these complex spatial entities to the Pythagorean nature of music?

Not explicitly, though I suppose his harmony of the spheres theory could bring us back to Jung and the idea of a (mathematically informed?) collective unconsciousness. But my interest in hyperbolic space and geometry is more linked to perception—how we perceive the world and how we are perceived in it by others (whether non-human, extra-terrestrial or not)—and the idea of psycho-geography. This, in turn, might lead one to contemplate not only one’s place in the world but also the impact we as individuals and as a collective have on it.

The album has quite an introspective matrix; through their gloomy dark textures, they seem to be very inner-directed.  How did you work on reaching this sort of intimacy through its different components, soundscapes and personalities?

I think the nature of our music is almost always introspective. Indeed through their gloomy dark textures, this is reflected in our performances, which we have deliberately tried to make less about us—less a performance or a spectacle—and more about a shared, immersive experience. But, of course, concerts can be a very intimate (mental) experience, even as one shares those feelings and experiences with both the artist and other listeners in the (physical) space, which dichotomy is something I also find interesting.

The new album may feel sonically more accessible than previous ones, was there anything new you have been exploring at a more technical level? Any challenges faced during its production?

The songs on this album started with rhythms recorded on analogue drums. We usually use a drum machine, so I think this approach gave the tracks something of a different sensibility, a looser and more ‘human’ feel, compared to the rigidity of the drum machine. We typically vacillate between long-form, abstract compositions and shorter, more composed songs or a combination thereof. Luminous Rot tends towards the latter and is probably our album with the most ‘concise’ songs.

As a huge Slint fan can’t help asking, how was the experience of working with David Pajo in mixing the album. Is it something that you had pursued for a while or happened more spontaneously?

Greg from Southern Lord, acting as a producer for the album, connected us with David, suggesting that having him mix the songs would give them something different and unexpected from what we might achieve ourselves. This was the first time we had someone else work on mixing, so it was a new experience. And generally, a good one, although we do think the process was a bit frustrated by the circumstances of the pandemic. If we ever do work with him again, hopefully, it will be under more relaxing circumstances!

Where would you like to see your sound going? Or any musically “alien” territories you would like to be bringing to your sound?

We are currently working on some new collaborative material that has taken our music into new directions: synth-pop, on the one hand, grindcore on the other one.

Stress. Sometimes—quite often!—creativity can be a refuge from stress, but usually, it takes an effort of monumental will to get past whatever external stressors might be weighing one down.