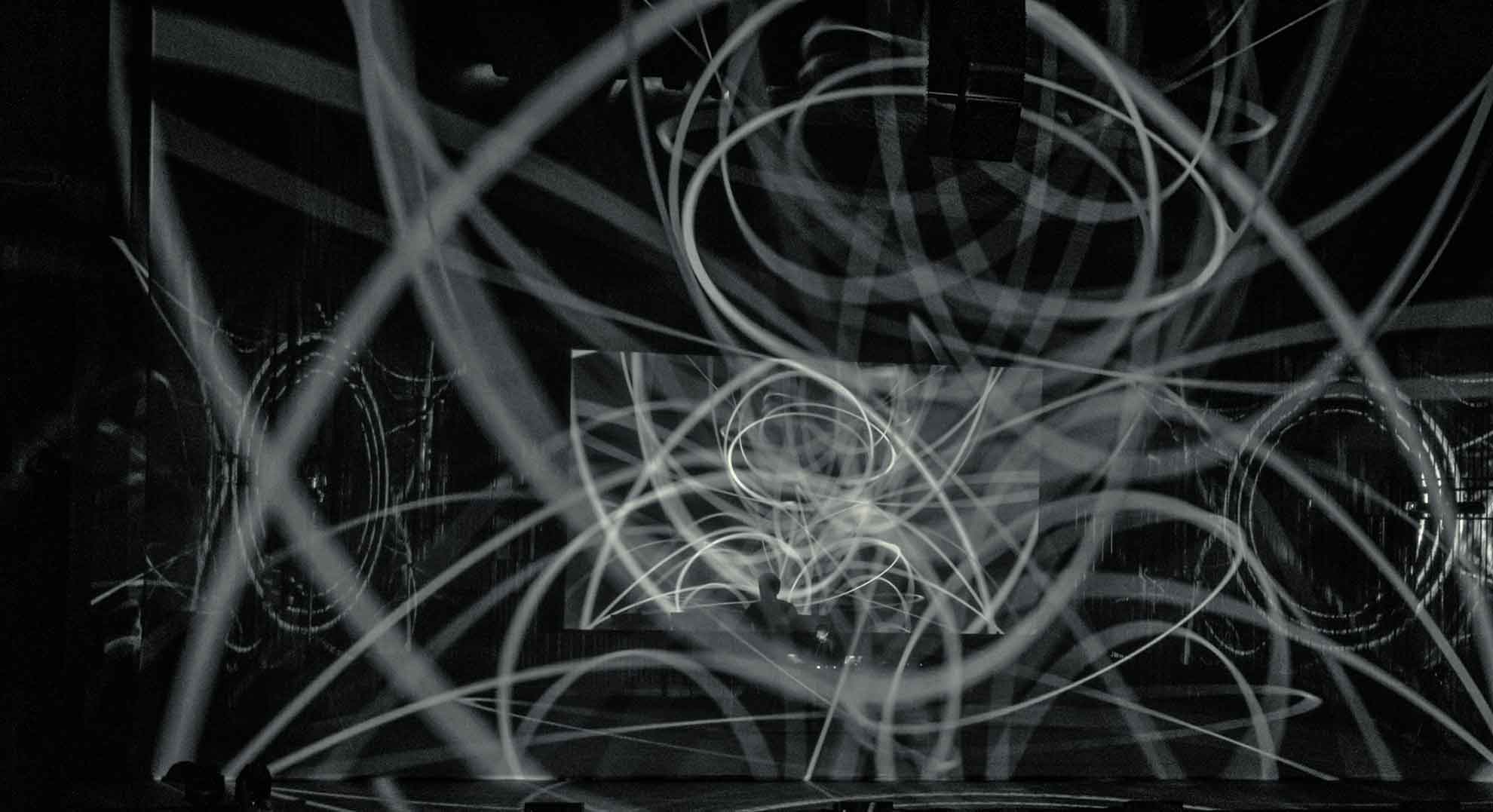 Studying sciences at school, it seemed like nature was something that could be mastered through knowledge. We could calculate the weight of a star, reverse engineer blood-flow through a disembodied heart. Information was fractured puzzle pieces, the universe spreading them outwards. One day, in physics, a friend and I challenged ourselves to calculate the size of the universe. We arrived at some great big number and beamed with Newtonian pride. But as soon as we had pressed “=“ on the calculator, we were wrong, the outer edges of the cosmos had already spread further. Worse, if we were to take ourselves to that absolute limit, that thin membrane of inter-galactic skin, then we would become the edge of our known reality. Every extra step we might take, we would take the whole with us. We can never be outside of the universe. It is infinite in scope.

Infinities fascinate us, they are unreachable, beyond the grasp of both our minds and our bodies. Tackling that concept through art is a formidable challenge, but one gladly seized by London-based, Belfast-born musician, Max Cooper.

The artist, who holds a PhD in computational biology, has long been producing his own excellently crafted but accessibly melodic form of intelligent dance music. Some of the projects he is well-known for include Aether, his collaboration with Architecture Social Club a spacial light field installation premiered at New York Fashion Week, a collaboration with Zaha Hadid Architects, and some of his albums such as Emergence and Chronos, that ruminate around concepts of the universe, natural laws and physics.

Commissioned to explore the concept of infinity within the Barbican Hall, Max Cooper has diligently crafted an album of swirling, inquisitive and euphoric electronica this year. Yearning for the Infinite plays for longer than an hour and twitches and dives under layers upon layers of textured harmonies and fidgeting drum patterns. This project, however, was his most ambitious, both in terms of the pressure on the production and the vastness of the subject. The music was composed along to a particular visual story and had to be completed in time for the Barbican performance.

Visually, the live project documents forms of the infinite set against their role in the human condition. Abstract visualisations are presented amongst human stories of yearning and endless pursuit. As always with Max’s work, the tension between the abstract, scientific and computational worlds of electronic music and visualisation work alongside an inherent thread of human emotion.

The finished product does not disappoint, at times reminiscent of Pantha du Prince, Daphni and Bicep, though often subtler and more effortlessly delicate. The album evokes a range of emotions and influences without ever feeling forced or derivative.

As the Barbican’s Contemporary Music Programmer, Chris Sharp, said: He’s assembled a vast array of perfectly-machined components into a single, grand, architectural sweep – structurally rigorous but shot through with emotion and imagination.

From a conceptual perspective, Yearning for the Infinite takes the formality of electronic music and stretches its boundaries. Repetitions are extended, melodies corrupted. Sounds evolve while others hang frozen in motion. It is transporting and ambitious without ever being held down in one place.


Your upcoming album is centred around this idea of reaching for that which is constantly out of reach, how do you model that into sound and music?

Every track was scored to a different visual chapter presenting the infinite in a new way. Musically some examples would be “repetition” where I used a simple repeating stab throughout, almost leaving it too long to the point of maddening. simple repetition as a route to the infinite. Then there was “Penrose Tiling” which is a visual tiling system that is aperiodic, meaning it does not have a simple repeating unit and can tile an infinite plane without falling into transposable repeats. I created the structure of an analogue musically using prime numbers for loop lengths, meaning the loops didn’t overlap and the music also had an aperiodic structure. Then there was circularity with lots of curved synth modulations, the darkness of an infinite “void”, “a fleeting life” crammed into a minute between endless nothingness, an attempt at infinite fine detailing in “Nanotech”, an attempt at infinite power and noise for “Aleph2”, and some free intuitively driven live improvisational pieces trying to capture the feeling of the infinite for “Morphosis” and “Parting Ways”, for example. I tried a lot of different techniques for approaching the idea. Obviously none can totally capture the infinite, that is impossible in a literal sense. But luckily I’m not dealing with a literal system in making music, I just have to try and see where the idea takes me.

Similarly, most artistic creation is often about trying to attain some nebulous idea or feeling. With Yearning for the Infinite, how close do you feel you got to realising your original concept/ambition?

I’d say I got 76% of the way there. A solid result, but if I had more time there were more things I wanted to try, I could have got closer, but it was a commission for a live event so there was a firm deadline in place.

How difficult is it for you to score a visual narrative versus a purely musical project?

Both are difficult. But I much prefer working with visuals, it pushes me in new directions musically, and I find the end product more complete. I’ve always been a visual thinker, so it’s a natural process for me to work this way.

What did you learn from the ambitious Emergence and how did that affect your creative process in composing and producing Yearning for the Infinite?

Emergence was the first project where I started with the visual ideas and created the music to fit. It was such an enjoyable and artistically rewarding project that it set the technique for my subsequent albums indefinitely. Aside from the visual links, also the use of science visualisations and ideas was key – I found so many beautiful things when I started to try and view science from an aesthetic perspective, that was a lesson I also took into my subsequent album projects and one I will continue to apply.

Do you feel your background as a trained computational biologist ever holds you back when it comes to creating works of art?

No, creative thought is essential in science as it is in art, there is just a different balance between that and methodological processes. Art and music had always been in my life too, it wasn’t something new, although of course, I did have to go through a long learning process to become proficient at making music, it requires a significant re-training of hearing to be able to assess the frequency spectrum and how it needs to be filled and sculpted. I often think of making music as a sculpturing process, you add all these synths and drums and layers to yield a brash and rough form of a piece of music. And then there is a long and delicate process of shaping those core elements by removing small pieces bit by bit.

What biological/genetic breakthroughs are you keeping a close eye on? And which might one day have a direct influence on humans’ appreciation of music?

The re-coding of the genetic code is really interesting in terms of the possibility for introducing novel amino acids. That is, taking the building blocks of how DNA codes for proteins (codons), and making some correspond to new protein building blocks (amino acids), which don’t usually appear in nature. That could introduce radically new chemistry into life, which could open all sorts of unusual doors functionally. I’m thinking probably hundreds, maybe thousands of years before the full potential of that sort of thing is explored in combination with the modification of the human gene pool, but if we’re around long enough to see it as a species, art, and everything, will be changed as a result. It’s trans-humanism really. But the seeds of these sorts of mad sci-fi ideas are there now.

Information. Without that there can only be formlessness (taking your question literally for the craic).