Liminality, borders, skin, geologic formations and, at the same time, identity and belonging, are some of the concepts experimental sound artist and musician Lucrecia Dalt explores in her latest album, Anticlines (RVNG Intl, 2018). Currently based in Berlin but originally from Colombia, Lucrecia’s music mixes alluring electronic composition with her soft voice and unique vocal phrasing. Some have even compared her pieces to telluric sounds, referring to her background as a geotechnical engineer. As such, her music is deeply moving and can pull you into an introspective experimental sonic journey.

Lucrecia’s compositions exude geological influence, with a subtle but persistent presence in her six published albums. Specifically, names of minerals, chemical elements, geological forces and phenomena, the ones that shape the Earth that grounds us, are present throughout her work. Her music is frequently labelled as surreal, but beyond surreal, Lucrecia’s music could be considered as magical realism.

Magical realism is an artistic discipline often associated with Latin American literature (Jorge Luis Borges, Juan Rulfo or Gabriel García Márquez are some of the renowned writers considered to have found the genre), and it expresses a primarily realistic view of the real world while also adding or revealing magical or supernatural elements. In comparison to surrealism, it rarely presents the extraordinary in the form of a dream or a psychological experience.

When listening to some of Lucrecia’s songs, one can’t help but recall the following words from Gabriel Garcia Marquez’s Cien años de Soledad: She went back to eating earth. […] getting back her ancestral appetite, the taste of primary minerals, the unbridled satisfaction of what was the original food. She would put handfuls of earth in her pockets, and ate them in small bits without being seen, with a confused feeling of pleasure and rage […].  Lucrecia’s pieces blend myths and magic subtly with reality; earth and its cycles and deformities oppose to the human and fleshy. In the opening track on Anticlines, the lyrics are inspired by the Colombian myth of El Boraro, an Amazonian monster who turns its victim’s insides to a pulp before sucking them dry and inflating their bodies like balloons to lifelessly float away.

Anticlines also includes a lyric booklet documenting Lucrecia’s collaborative work with Henry Andersen and Regina de Miguel (a usual collaborator since 2014 with whom they explore subjects dealing with the politics of listening, what it means to be human today, the ambiguities and conflicting nature of Artificial Intelligence, and the relationship between technology and the future). The Anticlines live show sees the artist performing an uninterrupted set “to provide meaning and a place for the listener to meditate or relate to the concerns and ideas”, and soon she will be presenting a new live show, Synclines at Atonal later this month and at Unsound Krakow in October. You can check all her upcoming dates here.

In Lucrecia’s shadow’s play, like in magic realism, we are immersed in the alterations of the spatiotemporal continuum, a notion as difficult to grasp as the meaning of the geological scale. And in doing so we loosen our senses to the contradictory notion of the persistence of time and the irrevocability of change.


Before being a full-time dedicated musician, you were working as a civil engineer specialized in geotechnics and your native Colombia; How and when does the interest in sound come about?

I studied civil engineering in Medellín and joined a geotechnical company to do my training and ended up working for two years and a half there, that was around 2004. After working there for two years. During that time I was taught by a friend how to use Ableton and ventured in buying a small mixer, a very cheap microphone, and a midi controller. As my nocturnal hobby gained relevance (I had a couple of songs featured in compilations, and was invited to play in an electronic music festival in Bogotá) I was looking for a way to have more time, (something impossible to achieve, had I continued working as an engineer) so I decided to quit that job and make my living by giving sewing classes at home in the mornings so I could commit to working on music in the afternoons

Anticlines is a volume of bodily and geological substrates within poetic theory and sound. Could you tell us the intellectual process/concept behind?

I delimit some kind of abstract space in which I throw ideas that at first seem to have no connection at all until I develop a procedure, an ethical modus that allows for these connections to happen, like for example how to link consciousness with edges, or strata with subjectivity. Having this cloud of thoughts and links is how I started writing the lyrics and set a mood to compose the album.

A recent article by April Welsh, in FACT, points out the notable presence of field recordings in recent contemporary music.[Thinking of your background in geology and how you describe your practice as quite technical] did you include some field recordings for Anticlines?

No, it may seem like an obvious choice, but I didn’t want to make very direct associations for this album. Every sound on the record is either my voice or a synth through processing.

What were the [technical] challenges you put yourself to for Anticlines?

The process of learning about synthesis from zero until I came to a comfortable point  (without going insane or getting lost in patches) to actually generate something that was close to the first intuitions of how I wanted the album to sound.

In your albums, you can find song titles in Catalan, Spanish, names of minerals, chemical elements and geological processes. It feels like the different places you live in have a profound presence in your music. Could you tell us a bit more about that? Is it more about the culture or the landscape?

You are right, I cannot imagine thinking creatively without getting absolutely entangled with what’s outside, and in that sense, I would say it’s about everything, but mostly based on very local relations.

The ExoMars 2020 mission at the European Space Agency (ESA) and others by NASA are developing Mars missions, driven by ecological urgencies on Earth, as globalisation reaches its peak and Mars becomes a canvas on which to project more Earth-centric scenarios. Research on terraforming seems to be getting bigger. What do you think about these missions? Do you think we should try to keep care of our planet rather than putting efforts into colonising another?

I wouldn’t make this of a dualist problem, they shouldn’t be mutually exclusive, I think as we could probably be advancing in both, but I find particular that you use the word colonising in this context, I see 2020 more as a mission of trying to solve a puzzle that concerns many of us about the origins of life.

I think at this point, isolation.

Website: www.lucreciadalt.bandcamp.com/
(All pictures courtesy of the artist and RVNG Intl. Copyright by Regina de Miguel) 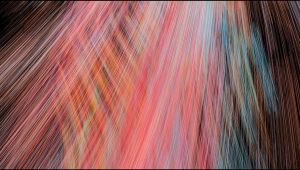