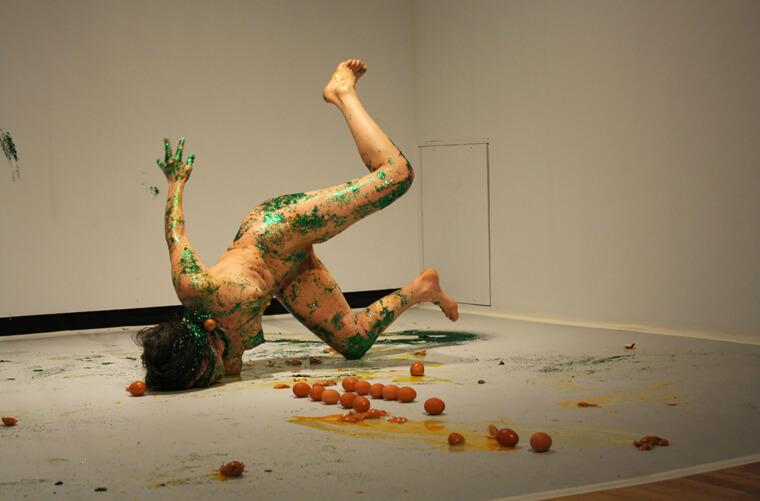 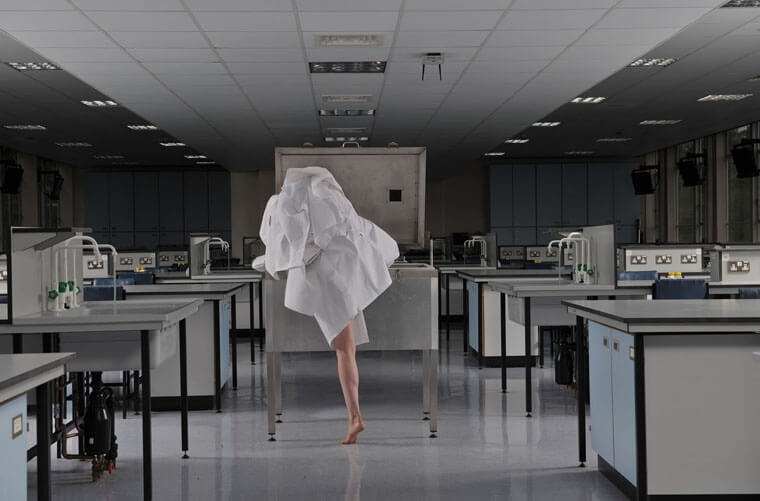 Kira O’Reilly is an internationally recognised bioartist and performer who is blurring the frontiers of art, science and performance by using her body as an artistic medium —as material and as a canvas. With her fantastic, creative universe O’Reilly is challenging the boundaries of the body, live art and the audience by making them complicit in the spectacle of cutting her body.

Three performances caught my attention: Vision of Excess, Performatorium and Refolding (Laboraotry Architecture). Vision of Excess is a performance in which O’Reilly uses her body as a recipient of genetic material and performs an extraction of DNA utilizing only alternative ingredients from the supermarket. In Performatorium she examines the relationship between the audience and the performer. In her third performance, Refolding (Laboratory Architecture), the biological laboratory is used as a site to reconceptualise the body within biomedical research.

Vulnerability, manipulation and identity are words that describe O’Reilly’s work which has been presented at festivals as SPILL (London), DaDao Festival (Beijing) and Rapid Pulse International Performance Art Festival. 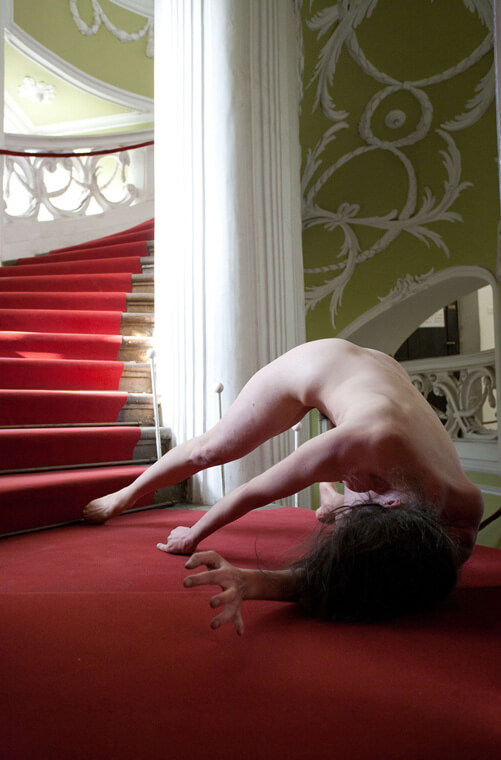 During this period I have met the most extraordinary people and through them an equally extraordinary range of possibilities unique to our time. Like most, the human-driven threats to our environment and indeed our world is profound and tremendous and it is often little that seems to hold promise for humanity in terms of enduring and appropriate response. However, it is that very humanity which also holds the greatest promise of vision, innovation and realizing responses and possibilities. I find I have inexhaustible hope as much as abiding despair.

What is for you the chief enemy of creativity?

Thinking. Too much. Taking fear too seriously. Not giving whatever it is a go. Forgetting mystery.

If you had to give up one of your five senses, which one would it be and why?

I have no idea. All my senses are so robust and merge my experience of my body with the world as body and a sensorial intermingling of ‘me’ and ‘world’. I adore sound and music however I can imagine feeling sound, but the acuteness of receiving birdsong for example or the whisper of wind shimmering tens of thousands of leaves would be terrible to lose.

The Verbeke Foundation in Belgium just outside of Antwerp. I was there to install a collaborative artwork, Spiderweb, with artist and curator Marta de Menezes for an exhibition called Sul Sol. The Verkeke Foundation is vast, comprising of a museum, immense greenhouse and open grounds that hold a number of permanent as well as temporary works. They eschew and critique a certain art world polish for things being in process, not necessarily finished. There is a palpable sense of process including entire life cycles as many of the works are alive, dead or decaying. Bioart and eco-art, objects, plants and non-human animals, structures, architectures, as well as a vast collage collection are only some of the examples of what informs a deeply fascinating, provocative and deeply pleasurable experience.